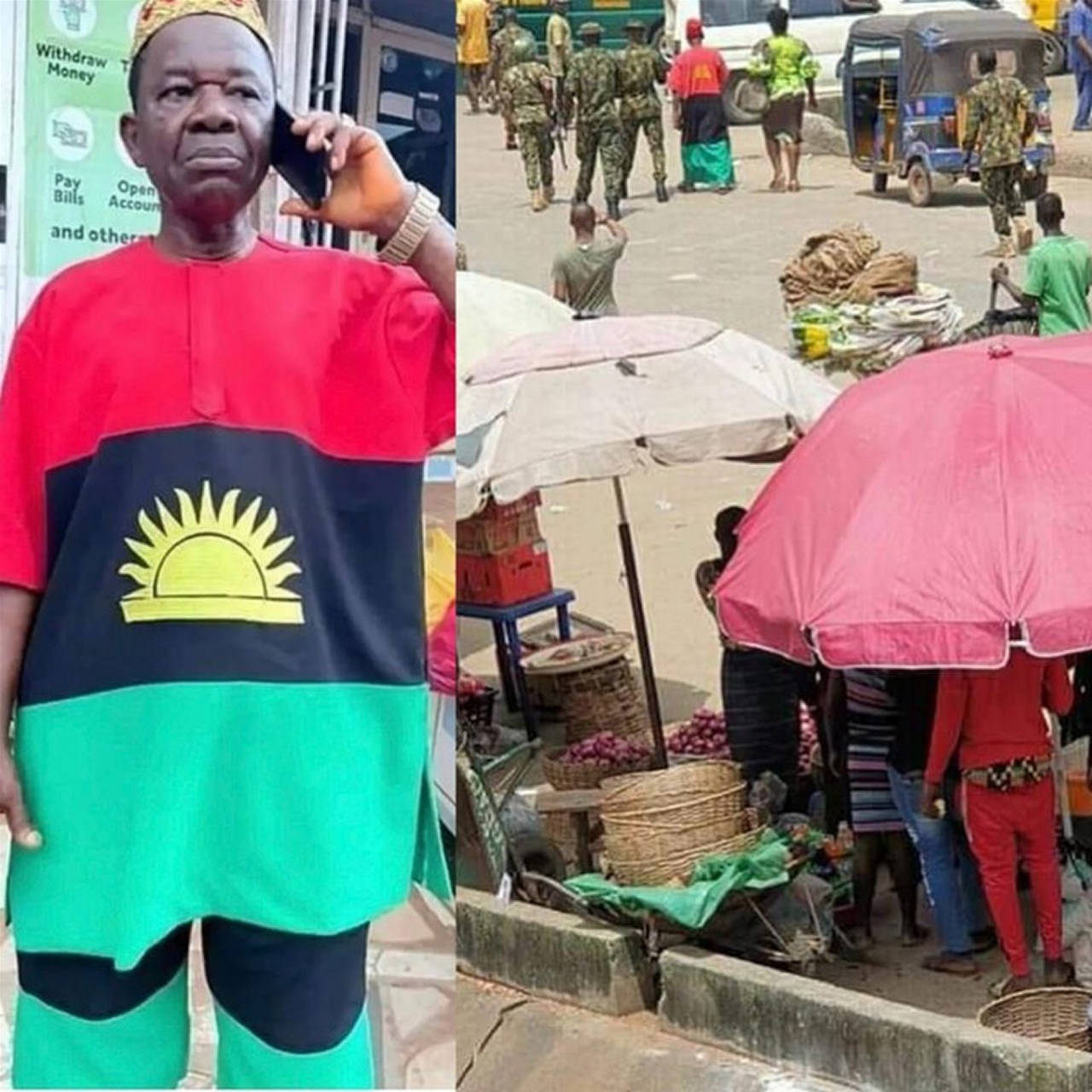 Nollywood actor, Chiwetalu Agu has been released from the custody of the Nigerian Army for wearing Biafran flag regalia.

This was announced by his industry colleague, Emeka Ike on Friday.

Agu had been arrested by some soldiers on Thursday at Upper Iweka Road, Onitsha, Anambra state, Southeast Nigeria.

According to a statement released by the Army, the actor was alleged to have been inciting the public and soliciting for the Indigenous People of Biafra (IPOB).

However, the actor denied the allegation, saying that he was only feeding hungry Nigerians when he was accosted by the soldiers.