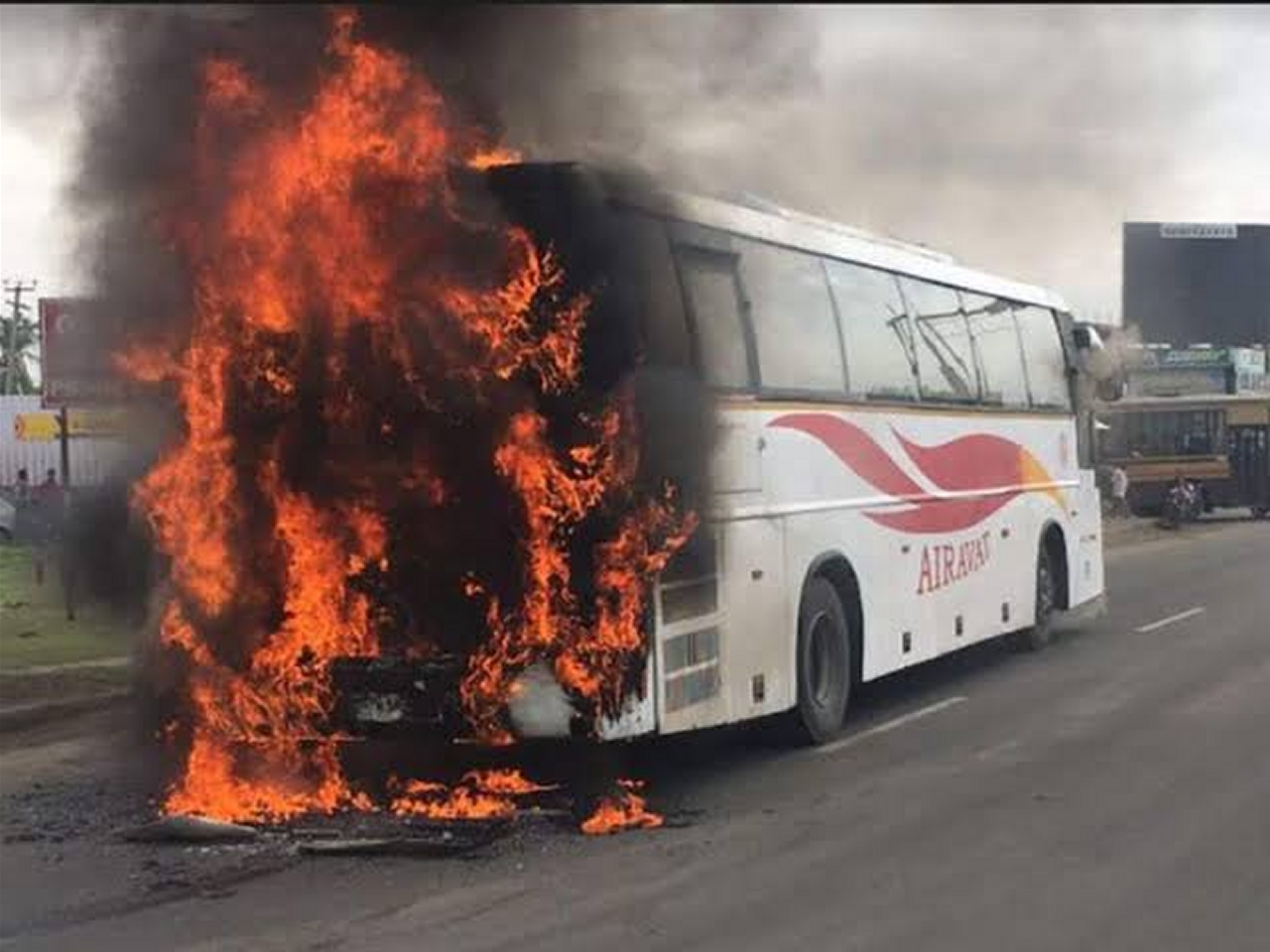 The bus they took to Asaba for the passing-out-parade (POP) ceremony went up in flames as it was being refueled at a filling station close to the Nigerian Navy Headquarters.

The bus is said to belong to College of Education, Warri.

The POP Parade comes after the completion of their service year.

The bus was said to have run out of fuel shortly after the journey began.

Many of the corpers sustained serious injuries.

It was gathered that the corps members lost their phones, bags and other personal effects.

The cause of the fire is unknown but a source said the driver of the bus allegedly failed to switch off the bus while it was being refueled.