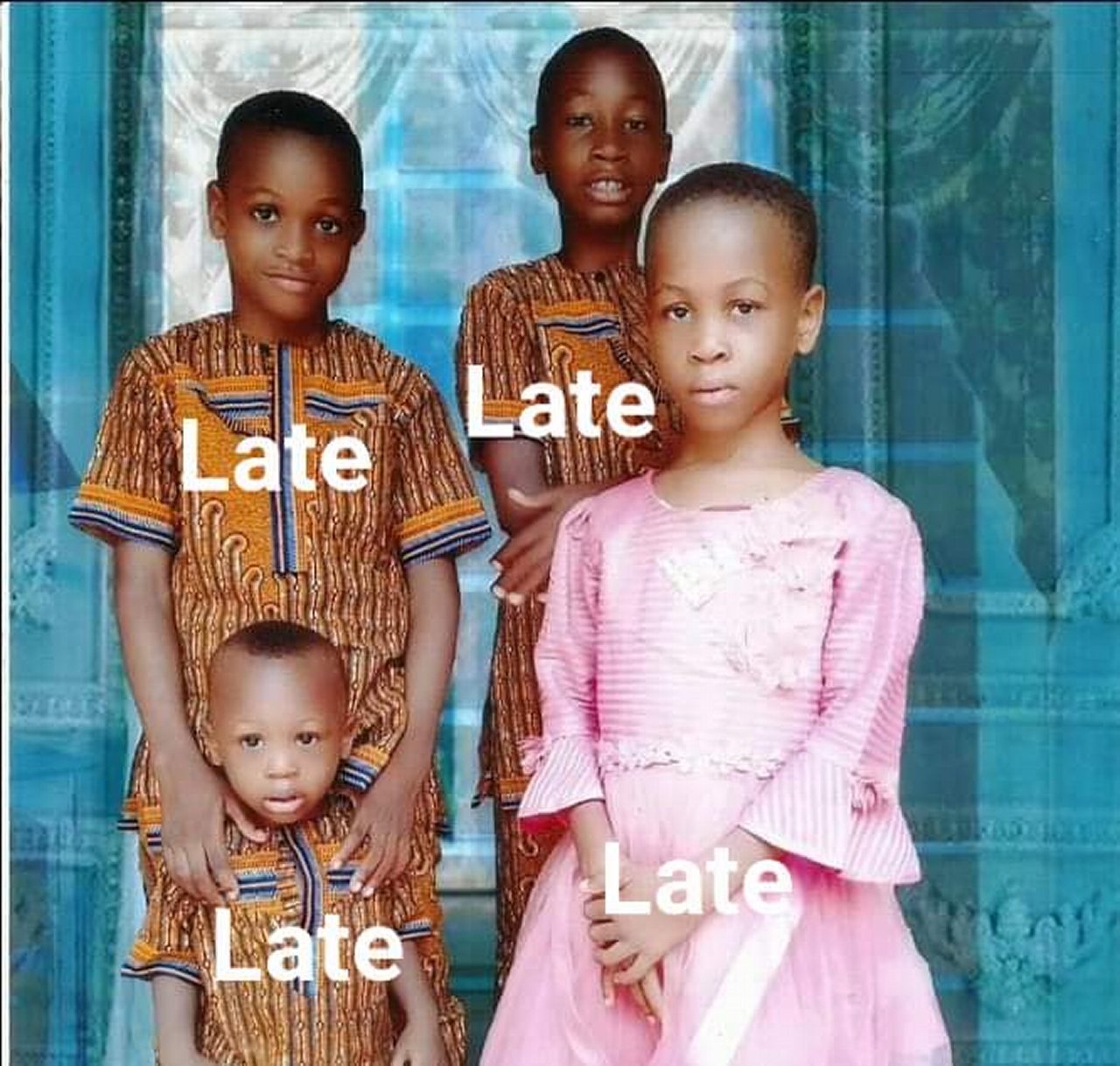 Four children of Mr. & Mrs. Chibuzor Ikwunze of Umukaonu Umuagu, Ohuhu in Umuahia North local government of Abia State who lost their lives on 25th August under mysterious circumstances have been laid to rest at their hometown amidst tears.

Though the cause of their death is yet to be ascertained, there are speculations that they may have died after inhaling generator fume, which was powered near their apartment on the day of their death.

Speaking at the funeral ceremony on Saturday, the Bishop of Goodnews Pentecostal Church Umuahia, Bishop Ugochukwu Ogbonna urged the grieving parents to take heart, noting that life does not lie in the hands of man.

Speaking on the topic “The Journey of this life and the call of eternity” Bishop Ogbonna maintained that everyone is a sojourner, urging that everyone should live soberly.

The clergy praised the parents, Mr Chibuzo, and his wife for showing their kids the way of the Lord, praying God to grant their souls peaceful rest.

In his remarks, the President General of Ohuhu, Chief Obi Aguocha urged the parents and relatives of the kids to take heart.

While pledging the support of Ohuhu community to the family, he revealed that a trust fund has been set up where indigenes of Ohuhu in Nigeria and in the diaspora have raised about N4.5m to support the family.

He urged them to see their fate as the beginning of a new life, noting that a great future lies ahead for the parents.

At the funeral ceremony, a member representing Ikwuano/Umuahia Federal Constituency, Hon Ifeanyi Sam Onuigbo who was represented by Prince Henry Eleogu pledged to stand by the family at this period of their grief, praying God to grant them the fortitude to bear the great loss.

Father of the late kids, Chibuzo Ikwunze expressed gratitude to all those who have supported them at this period, both by way of encouragement, financial support, and moral support, praying God to bless them abundantly.

He also thanked the staff and management of ABN TV for bringing to the world the unfortunate incident which according to him has attracted wide support for them.