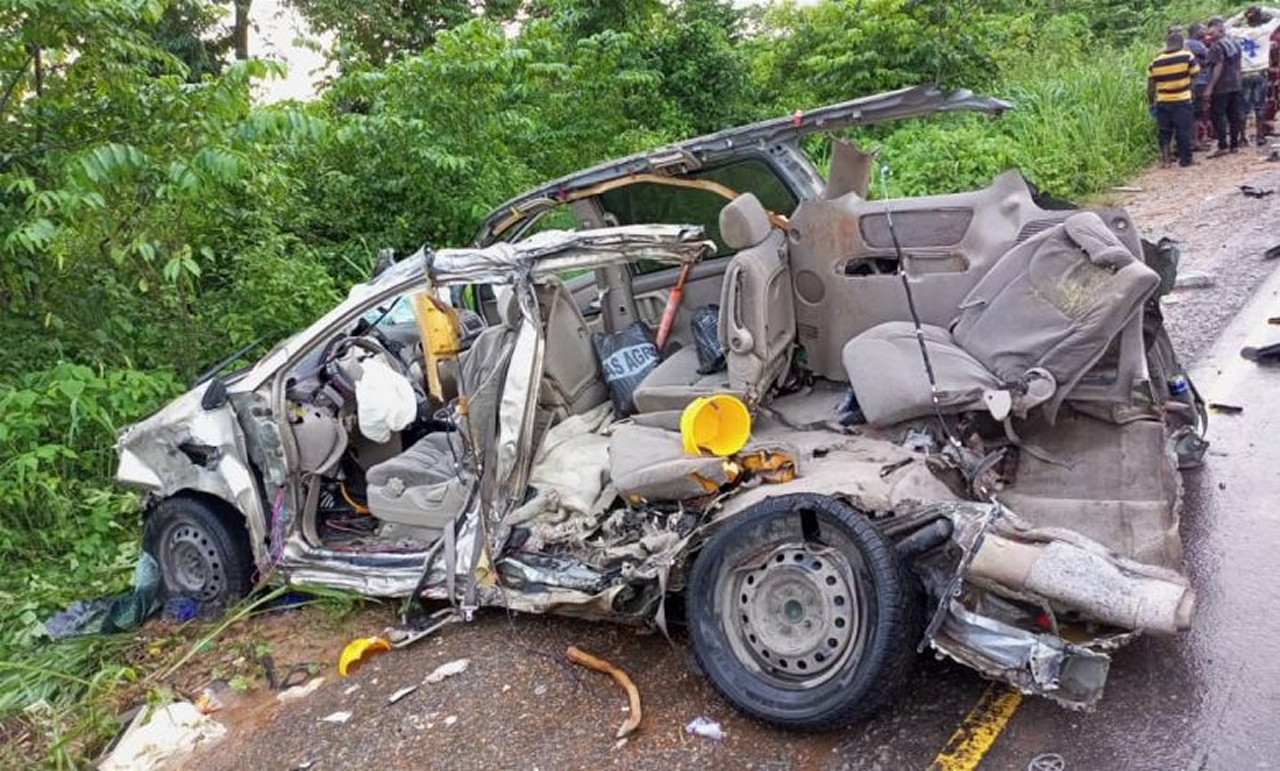 Atleast 14 persons were crushed to death by a truck carrying flammable around a powerline along Ipetu-Ijesa/Ilesa road, Osun State on Saturday.

The accident, which occurred around 5:40pm involved a truck and a Sienna car, and was allegedly caused by wrongful overtaking.

The spokesperson  of the Osun Command of the Federal Road Safety Corps (FRSC), Agnes Ogungbemi disclosed that 14 people including six children died while only two people survived the accident.

“The mutilated corpses were taken to Wesley Hospital Morgue, Ilesa.”