Tinubu Is A Liar. He Should Not Be President Of Nigeria - Bode George (Video) 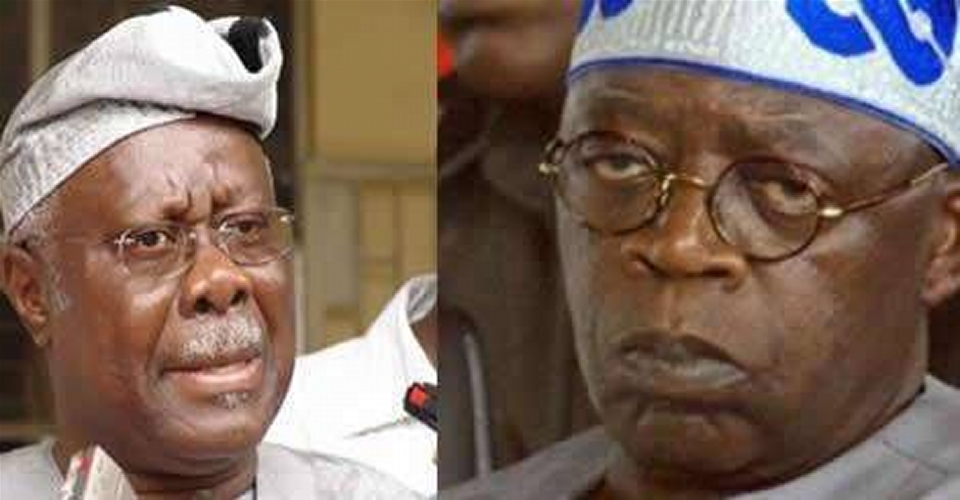 Bola Ahmed Tinubu is a liar and should not be president of Nigeria.

He said this while he was interviewed on Arise Tv.

The Politician asked Tinubu to say the truth about where he was born, his educational qualification and his age before he comes out to contest for president come 2023.

The former Military Governor, who was reacting to the content of My Participations, a book written by former Governor of Osun State, Bisi Akande, detested a situation in which a lot of space was devoted to heaping praises on Tinubu, while castigating other Yoruba leaders, such as Ayo Adebanjo. He wondered why the Asiwaju, should deserve such encomiums despite a legacy of mindless pillaging of Lagos by his family and the stranglehold he had maintained in the state ever since.