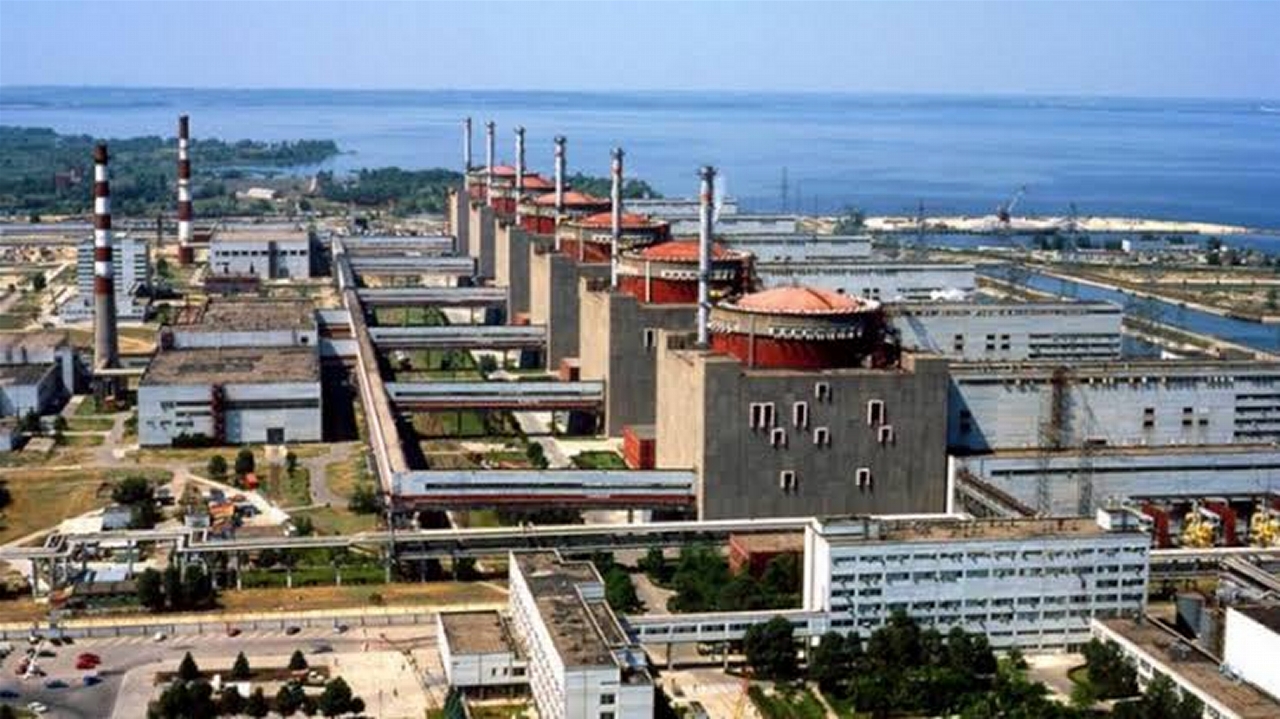 seized the largest nuclear plant in Europe, Ukrai
It comes hours after a fire broke out at the Zaporizhzhia plant following a Russian attack
The fire has since been extinguished, and officials say the site is safe
Western powers have condemned Russia for what they called a “horrific” and “reckless” act
Meanwhile, the strategic port city of Mariupol has been under consistent attack
Russia has so far seized one city – Kherson in southern Ukraine
It invaded its neighbour on three fronts – the north, east, and south – and fighting is continuing around Ukraine

Nuclear experts watching the events at Zaporizhzhia nuclear power plant say this is not “another Chernobyl”, but that it is a very risky situation.

It appears that only one of six reactors at the plant is now operating.

Corkhill says the reactors are being taken “offline” which means “they’re shutting down the nuclear reaction and putting them into a safe and stable state”.

“If you want to target their power supply, you attack a building close to the power plant and force operators to shut it down,” she says.

Corkhill adds that a “worst-case scenario” would be that the plant’s electricity supply were damaged as “we could be looking at a scenario similar to what happened at Fukushima in 2011, where a loss of power led to a loss of cooling, which caused a meltdown of three of its nuclear reactors”.

Earlier, we heard some shell explosions, almost like a clap of thunder, around 10-15km (6-9 miles) to the north-east. In the hours since, it’s been quiet.

We heard a few thuds overnight from our bomb shelter, which is two storeys underground – it sounds like someone dropping something heavy on the floor above you. Hearing that down there suggests the explosions are getting closer or bigger.

This feeds into the worry that what we’re seeing in other Ukrainian cities for the past few days now – notably Mariupol in the south-east, where there has been continued shelling, according to the mayor, on residential areas – we could soon see that here.

The story overnight was the fire at the Zaporizhzhia nuclear power plant that was controlled after it was shelled by Russian forces, but the plant is now under Russian control.

Staff are reportedly being allowed to remain there, they’re allowed to keep working and monitor these power units. That’s the second nuclear landmark that’s fallen into Russian control, along with Chernobyl.

What this shows is that the Russian advance which continues to make gains in the south puts pressure on cities like Mariupol.

We’re also seeing Russian troops move from the north towards Kyiv, bypassing cities which are already going through heavy shelling and fighting like Chernihiv and Sumy – and the worry is that Ukraine’s capital, Russia’s ultimate prize in this invasion, could soon be feeling the same effect.