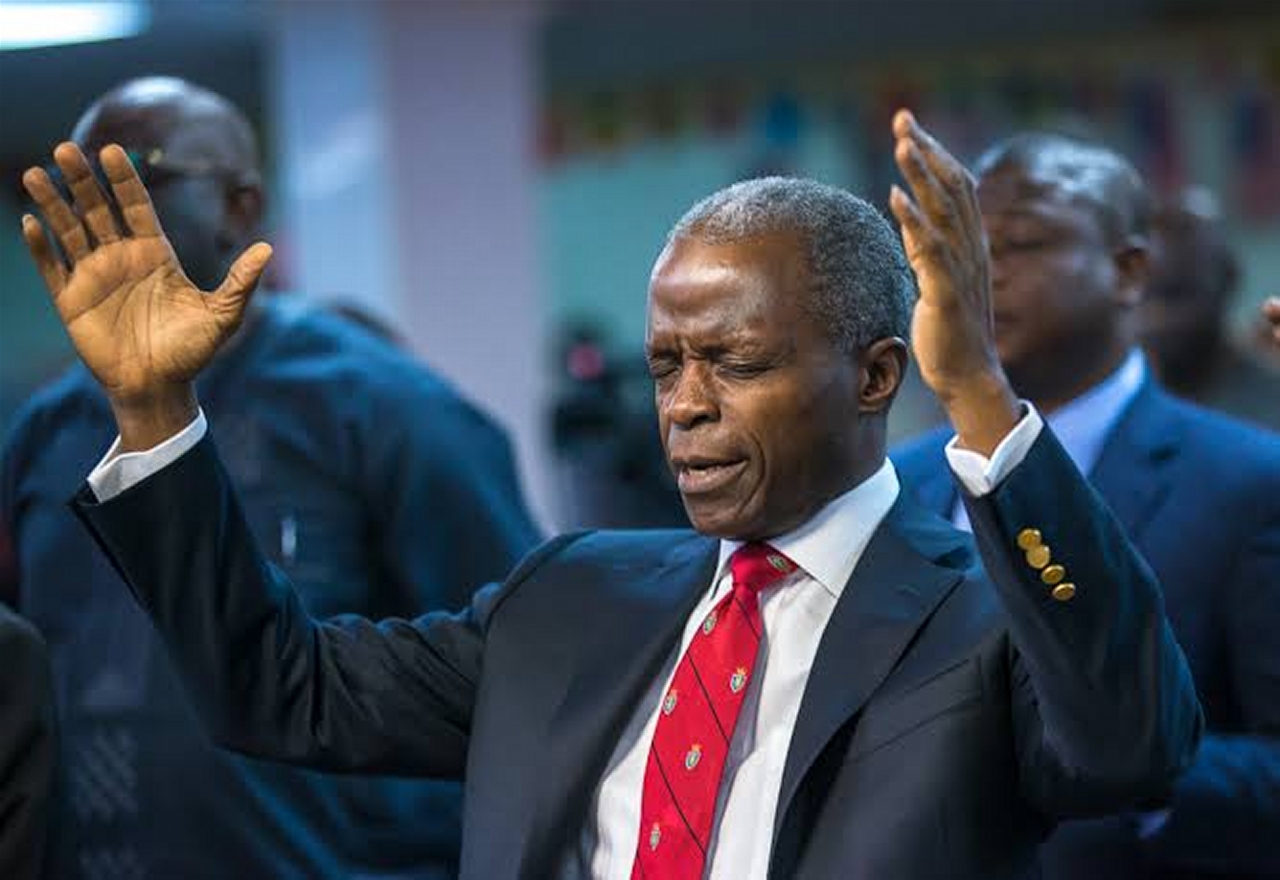 The Redeemed Christian Church of God (RCCG), Nigeria’s most popular Pentecostal church where Yemi Osinbajo was (is?) a pastor, issued a Feb. 28, 2022, memo, which came to light today, that hints at a massive, ground-up political operation to help its members win political offices in Nigeria.

The memo talked of the establishment of an “Office of Directorate of Politics and Governance,” which it said should be replicated “at all levels of the church – zone, area and parish” in order to “help coordinate the engagement of our people who are willing to be involved in politics as well as mobilize support for them when required.”

Peoples Gazette correctly interpreted the memo as an “arrangement to mobilise sweeping support for [Osinbajo’s] ambition” to be president.

This isn’t really surprising, frankly, because Pentecostal Christians see Osinbajo as their representative in government and think he is the fulfilment of Pastor Enoch Adeboye’s oft-quoted prediction that one of them would become Nigeria’s president during his lifetime.

(Osinbajo’s rise to the vice presidency, for the record, was a consequence of Buhari’s personal desire to blunt notions of his Islamic fanaticism by having a pastor as a running mate. It was the same reason that caused him to prefer Pastor Tunde Bakare, a Muslim convert, as his running mate).

Osinbajo himself defines his role in government in the narrow terms that his co-pentecostalists see it: as the materialization of a Pentecostal Christian theocratic dream. That’s why his inner political circle is almost entirely made up of Yoruba RCCG members.

When his multi-billion-naira corruption in the management of the Buhari regime’s social investment program was probed by members of the Aso Rock cabal (which caused it to be taken away from him and transformed into a separate ministry), it was discovered that the vast majority of people who benefited from the contracts he awarded were Yoruba members of the RCCG.

Osinbajo is so smugly ensconced in his RCCG filter bubble that he doesn’t even care to seek out the cultural counsel of his Federal Government-imposed Muslim aides when he travels to the Muslim North.

That is why he routinely steps into mosques and people’s bedrooms with his shoes on, even though the Queen of England whose people brought to Nigeria the Christianity he practices takes off her shoes when she visits mosques.

There’s no Christian in government in Nigeria’s history who has ever been as narrowminded, as culturally clueless, and as insular as Osinbajo which was why, as I said in my last Saturday column, a senior Christian Yoruba professor told me recently that Osinbajo would “create greater instability as president” than Buhari has because “The Sharia folks will confront [Osinbajo’s] Christian fundamentalism with more violence,” which would precipitate disabling communal upheavals.

What the RCCG is doing with its wholesale immersion into partisan politics isn’t unique, of course. Muslims, particularly Salafists, pioneered it.

The late Sheikh Abubakar Gumi started it in, I think, the 1980s when he urged his followers to be politically partisan and shocked the Nigerian Muslim community when he said politics was more important than worship.

Just like the Pentecostals, the Salafists want to take over the power structure and impose, by stealth or by force, their version of theocracy on the rest of Nigeria.

Salafists’ highest representative in government today is Isa Ali Ibrahim Pantami. He taught for 2 years at the Islamic University of Madinah, the ideological breeding ground of Salafist ideology, and is being prepped for a greater role.

Anyone who wants to hasten Nigeria’s conflagration should elect Osinbajo as president and Pantami as Vice President. Osinbajo would be the matchbox and Pantami the matchstick.

The push and pull between Pentecostal and Salafist theocratic craziness would provide the friction necessary for the matchstick and the matchbox to collide.

With RCCG’s openly political partisanship, expect the same from the Salafists. Let’s see where that leads.