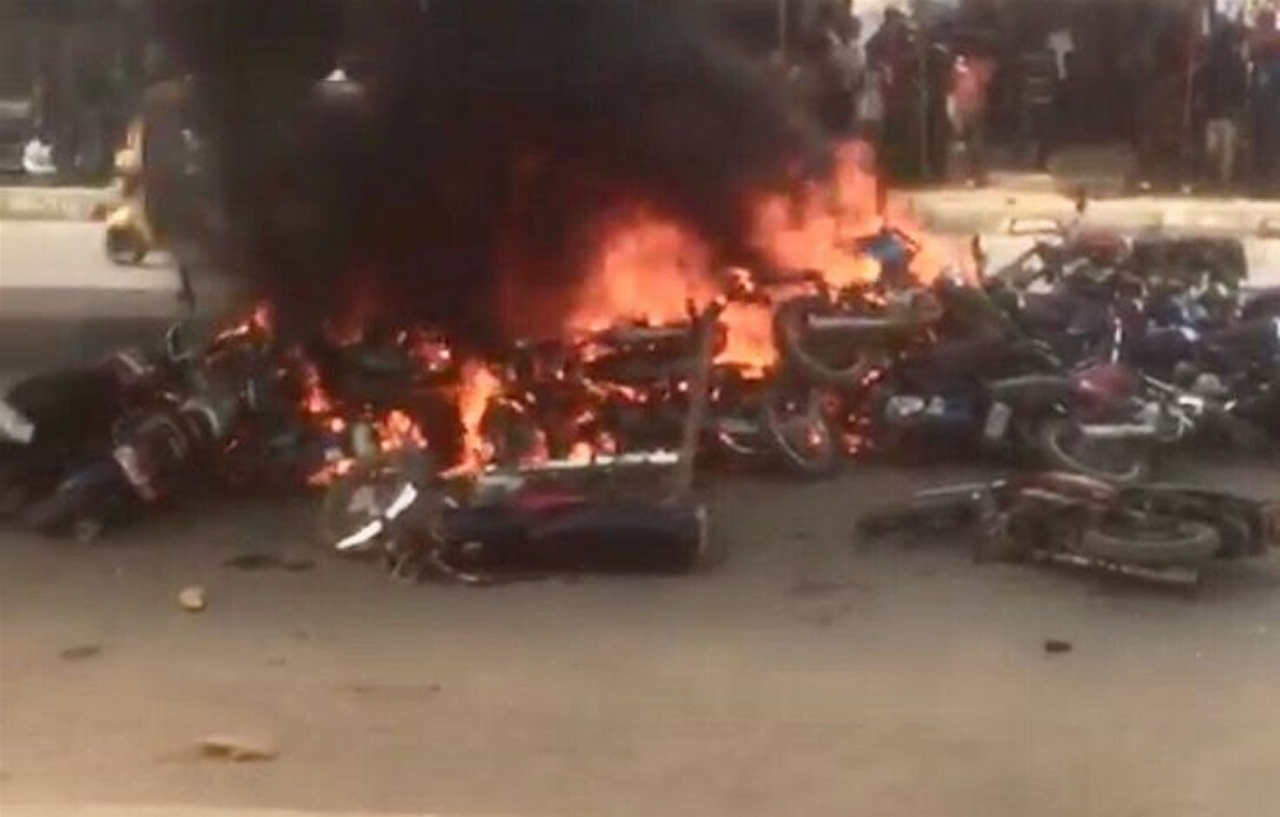 An angry mob burnt over 30 motorcycles on Jakande Estate, Isheri Road, Lagos State, after an okada rider crushed a man to death.

Reports say the okada rider was plying one way when he rammed into the victim, who was standing by the roadside at First Junction Bus-Stop.

The victim was said to have died due to the impact of the collision.

Youths in the area protested against the victim’s death.

During the protest, the mob pounced on the okada rider and was on the verge of lynching him when some policemen rescued him.

The protesters also seized motorcycles from other riders who plied the scene of the accident during the demonstration and set them ablaze.