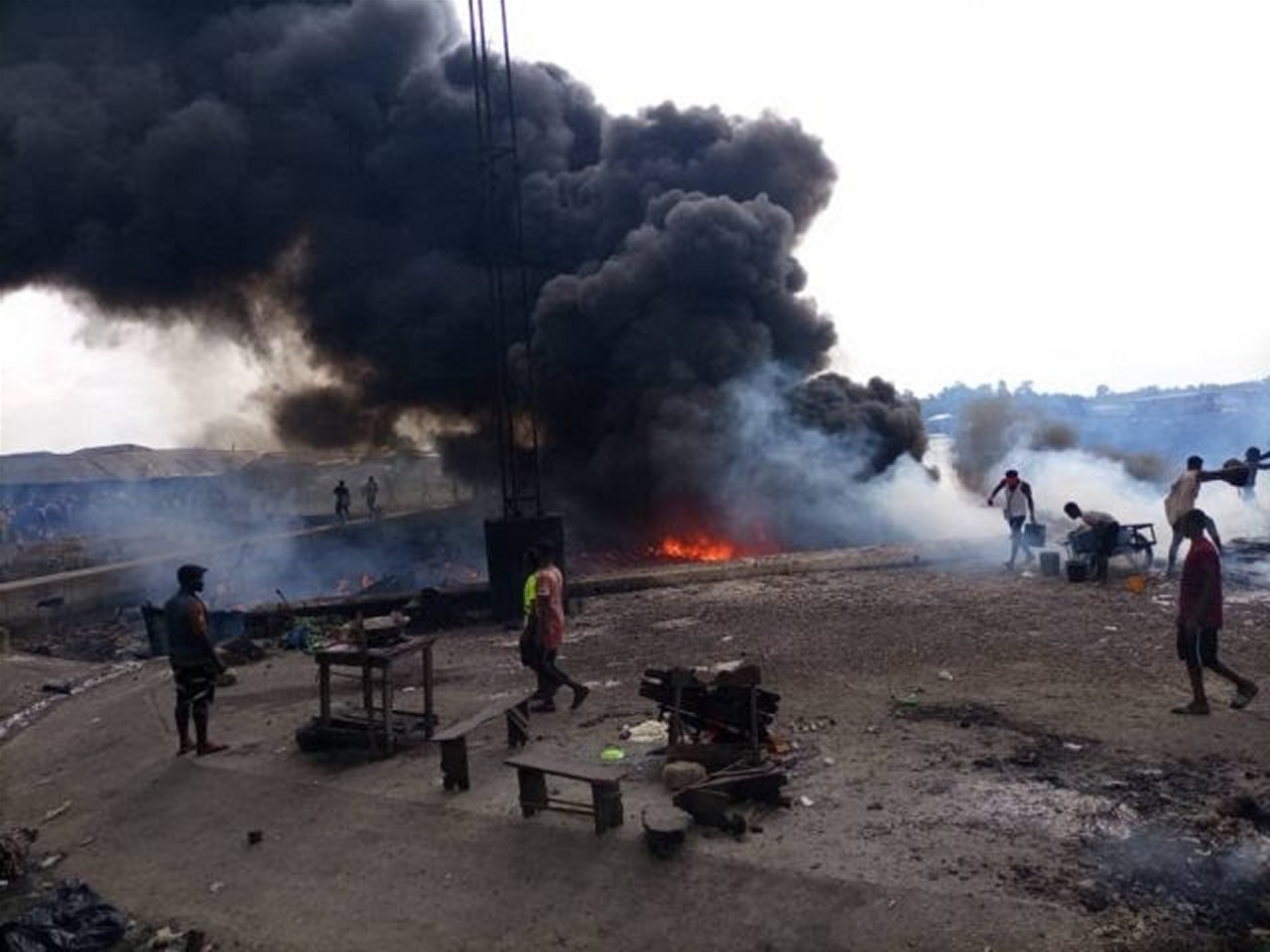 It was a sad day for travellers, boat drivers and owners at the Bonny-Bille-Nembe jetty in Port Harcourt city Local Government Area of Rivers State, South South Nigeria.

Several persons, including a pregnant woman and a toddler are reportedl to have burnt to death in an early morning fire.

Some victims and Eye witnesses said several fibre and wooden boats were also destroyed in the inferno which started at about 2 am on Monday. The fire started from a local boat that arrivederci from brass to port Harcourt late Sunday night

Eye witnesses said there was lack of emergency services such as fire service at the jetty.

Previous fire outbreaks at the jetty had been attributed to the storage of inflammable substances like petroleum products used in powering the speed boat engines in makeshift buildings within the slum.

The last fire outbreak at the jetty was in November during which several persons were burnt and properties estimated at several millions of naira, destroyed.

The jetty is usually a busy transit point for thousands of residents traveling from Port Harcourt by Sea to Bonny, Bille, Nembe, and other riverine communities.