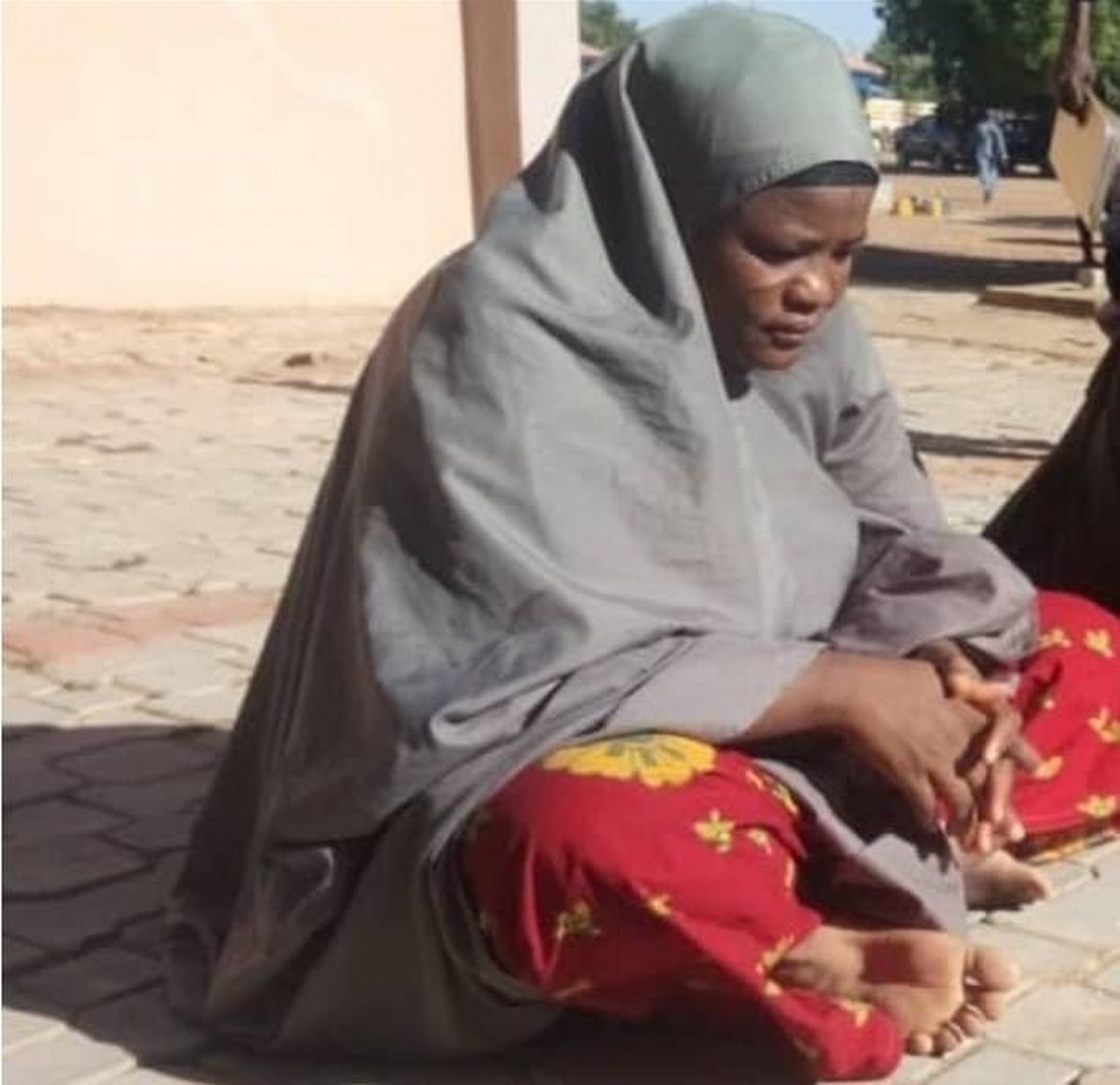 Operatives of the Zamfara State Police Command, in collaboration with Force Headquarters, Abuja has arrested a 30-year-old woman identified as Fatima Lawali for being in possession of guns and live ammunition.

The suspected gunrunner was arrested in Gusau in October. Preliminary investigations revealed she is the logistics supplier and collaborator with notorious armed bandits in Zamfara and environs.

The Zamfara State Police Commissioner, CP Ayuba N. Elkana said the suspect hails from Kaura-Namonda Local Government Area of Zamfara State. She was arrested on the 25th of October at about 9.30pm. Spokesman, Mohammed Shehu confirmed the arrest while briefing newsmen in Gusau on Friday.

“On 25th October 2021 at about 0930hrs, Police Tactical Operatives of the Command in collaboration with FIB/STS led by DSP Hussaini Gimba on Tactical Operations in the state, arrested one Fatima Lawali, F, a native of K/Namoda LGA of Zamfara State.”

“The suspect was arrested at Gada Biyu area, under Bungudu LGA with nine hundred and ninety one (991) rounds of AK-47 live ammunition conveying from Dabagi Village in Sokoto State to be delivered to a notorious bandits’ kingpin called Ado Alero who has been terrorising Zamfara and neighbouring states”, the Commissioner stated.

The Commissioner added that the Comand has a number of other suspects in custody, following the interrogations and subsequent confessional statements extracted from the female suspect.

According to the Commissioner, the follow up operations led to serious gun battle with the bandits where unspecified numbers of bandits were fatally injured while others escaped with possible gunshot wounds.

He said further investigations are ongoing and promised to keep the press informed as the developments ensue. He said the female suspect shall have her day in court soon.