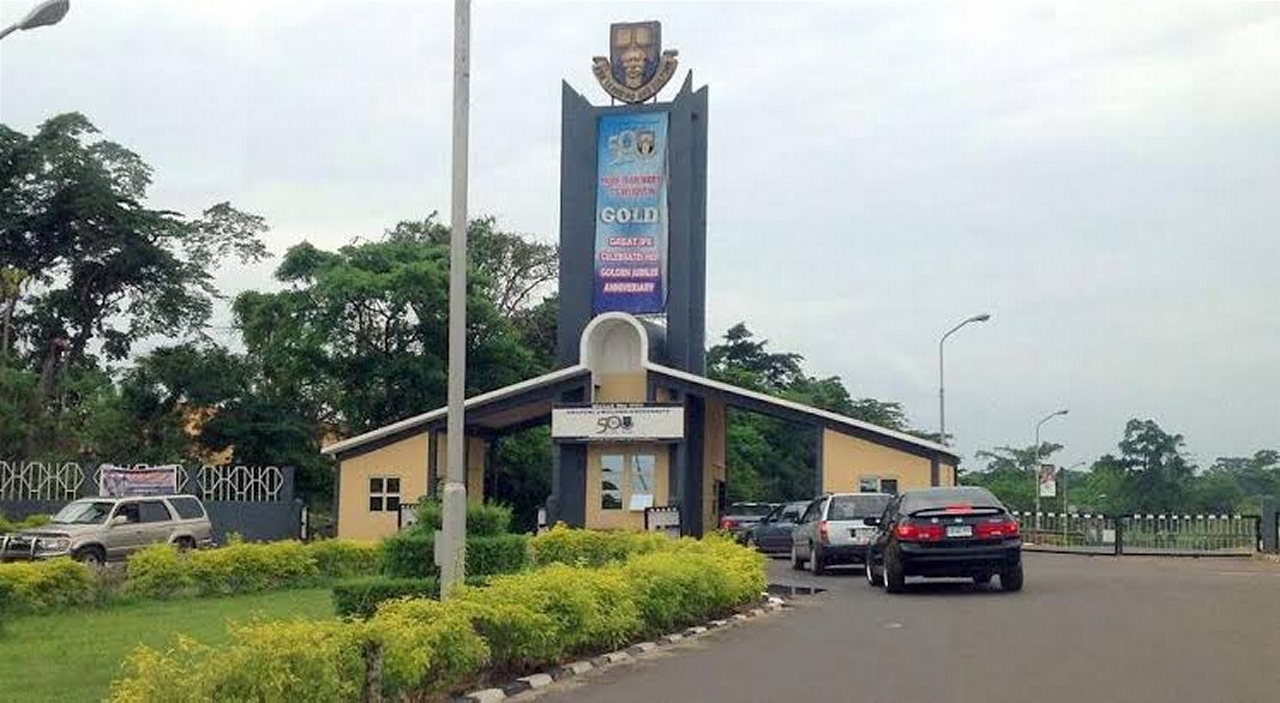 KABIYESI Onirisa, I call your name in awe and utter fear; it’s the impudent subject that the king kills. I stand at a respectable distance away from the crown, may the second-in-command to Adimula not kill me. May my mouth not kill me. May the king’s hoe and the king’s machete not strike my feet. I bow before the throne of Iya Wuraola’s son, Ooni Akande Babatunde Adeyeye Enitan Ogunwusi, Ojaja II. I tremble.

Abomination has entered Ile-Ife, kabiyesi! I’m sure you know. A barbaric dagger fired from Enuwa, Ife city centre, has pierced the heart of the Yoruba, oozing blood onto the ground of Ile-Ife in droplets. The land of Oduduwa needs cleansing.

Last week, right at the Senate Building of the Obafemi Awolowo University, Ile-Ife, some teleguided miscreants openly portrayed the Yoruba as uncivilised, frivolous and stupid in the eyes of the world – when they locked the three major gates of the institution and traumatised staff, students and visitors for many days.

Like the biblical Cain, the shame of that sacrilegious act is on the foreheads of all the true sons and daughters of Oduduwa. K-a-b-i-o-s-i, I proudly say the Yoruba are noted for scholarship, not stupidity.

Alayeluwa, as a journalist, I have an ear to the ground, and I won’t mind letting you in on what I gathered was the reason behind the Ife show of shame.

Kabiyesi, please, disclose to no one these secret words I whisper into your ear: “An insatiable quest to acquire hectares of OAU land was the reason why some masked interests want to turn the university upside down. They feel their interest would be best served if an Ife indigene becomes VC.”

You will recall, my esteemed king, that since you emerged as Ooni, Ife has been demanding that a substantial part of OAU’s gazetted land be given back to Ife community for development. Sadly, however, a large part of OAU land in the Parakin area has been shared and sold to people without it being used for the purported development of Ife. Igba keji Adimula, I know your hands are whiter than snow in this matter; funfun l’eye su.

But I guess you know the shameful mission of the OAU Senate violators because it’s an agenda supported by many Ife interest groups; an efficient king knows every critical issue in his domain. The Ife representatives wanted to forcefully install as vice-chancellor, a ‘shon of Ife shoil’, Prof R A Adedoyin, who came 9th out of the 16 professors that vied for the position of OAU VC. What madness!

The Ife buffoons fouled the air and shattered the peace of OAU. They removed the ‘Great’ in ‘Great Ife’ and supplanted it with ‘Gloat’. ‘Gloat Ife’ doesn’t sound nice to the ears, kabiyesi. With a sense of entitlement as big as the moon, the shameless ambassadors of Ile-Ife gloated on OAU campus, threatening fire and brimstone.

With hands encircled in fake amulets, the Ife usurpers bore fetishised objects to the campus. They wore white clothes, but their intention was filthy. Yoruba gods don’t harken to hypocrites, my Ooni knows. Kabiyesi, please, send those bragging Ife clowns to the Ilesa-Ife Expressway where robbers and kidnappers rule – to ensure security, and stop constituting a nuisance – if they are really powerful.

After the oscillation of the emissaries of Ife on OAU campus like a barber’s chair for many days, it’s laughable that Adedoyin, Ife’s candidate, is still rooted in a distant 9th position on the list of all the brilliant minds that vied for the VC post. I had thought the incantations and libations poured by the jesters at the OAU Senate would have put the Governing Council into a trance and make them announce Adedoyin as the 12th VC of OAU. Why did the gods become deaf to the supplications of Ile-Ife?

“I’m in pain! I’m in severe pain!” Kabiyesi, I write in pain and sweat. Sweat drips on my parchment, mixing with the bitter ink from my quill. I quiver to think about the indelible footprints of one of your forebears, Ooni Adesoji Aderemi, who became king at 40, and was instrumental to the citing of the great university at Ife, but never mooted the thought of having an Ife indigene as the vice-chancellor because Ooni Aderemi was a king indeed.

Though I’ve never met or seen you physically, two separate incidents interweave your persona with the throne of Ile-Ife, the source of the Yoruba, which is gradually becoming the sores. With regard to the sores, Arole Oodua, kindly permit me to recall the killing of an OAU postgraduate student, Timothy Adegoke, who met ritual death in the notorious Hilton Hotel, Ife, owned by an Ife indigene and moneybag, Chief Abdulraheem Adedoyin.

Also, Oluomo Giesi Ijana, permit me to remind you about the unroyal manner your beautiful ex-queen, Wuraola, announced her abandonment of your palace on the telecommunication superhighway called social media. Kabiyesi, I think Ife, during your reign, should remain the source of the Yoruba, and not their source of ridicule.

Onirisa, I first came across you in PUNCH newsroom where I was politics editor way back in 2015. It was a news break! The front-page story was headlined, “Contestant for Ooni stool in alleged N400m fraud.” The story was about a contract wherein your company, Metropole Interproject Limited, agreed to sand-fill and develop 30,000 square metres of land owned by Sijuwade Holding Limited at the Lekki peninsula in Lagos. The deal went sour as Sijuwade Holding Limited alleged forgery and fraud, and dragged your company to court.

The story quoted a petition written by Sijuwade’s counsel, Rotimi Jacobs & Co, urging the Economic and Financial Crimes Commission to investigate you and your company.

Specifically, the petition accused you of forging a ‘Certificate of Incorporation with the name: Metropole Interproject & Sijuwade Holdings Limited,’ adding that, ‘He (you) also forged some documents belonging to the Lagos State Government’.

The petition continued, “Mr Ogunwusi/Metropole has also sold eight duplex units that ought to have accrued to our client and he converted the proceeds, running into N400m, to his personal use.

“Our client (Sijuwade Holdings) gave Mr Ogunwusi the title document (which was in our client’s name), including the tax clearance of two directors to process the necessary permits required for the construction. After the completion of Phase 1, our client requested copies of the approval and consent, but Mr Ogunwusi refused to provide them.

“To our client’s surprise, (our) search revealed that Mr Ogunwusi had forged the title documents by superimposing the name of Metropole Interproject Limited as a co-owner of the parcel of land. The signature of Professor Olawoyin, SAN, who prepared the title document was also forged by Mr Ogunwusi/Metropole.”

Reacting, Olawoyin told the EFCC in a statement that he wasn’t the one who prepared the doctored document submitted by Ogunwusi.

But Ogunwusi denied all alleged wrongdoings. He said, “Why are they trying to write damaging reports about me now and why not two, three years ago? The heart of man is full of wickedness. What they are saying is a lie; we have resolved it. They are using it to smear my name.

“Oba Akiolu (of Lagos) and Asiwaju Bola Tinubu are aware of the issue. We have resolved it and I don’t know why they are doing this. It is a lie that I put Metropole Interproject Limited as a co-owner of the land; they are trying to expose what they are not. If they choose to fight dirty, I will meet them.”

Your Highness, the second time I encountered you remotely was on December 7, 2015, the day of your coronation. I was absolutely nowhere near Ife. I was in company with my colleague, Segun Olugbile, PUNCH news editor, at the Abeokuta residence of ex-President Olusegun Obasanjo, for an interview with Ebora Owu. Obasanjo’s Baptist pastor in Owu, retired Reverend Adebayo Fasipe, arranged the interview.