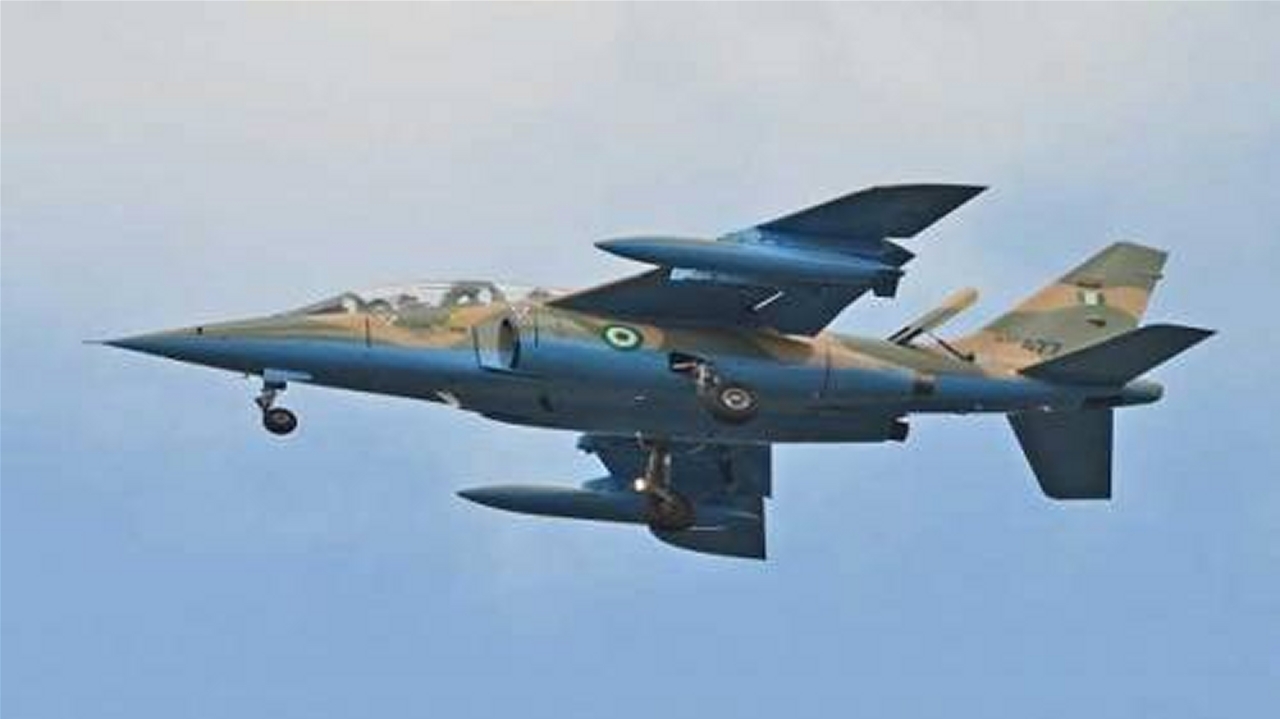 Six months after it was declared missing, the Nigerian Air Force Alpha Jet marked NAF 475 is yet to be found.

The fighter jet went missing on Wednesday, March 31, 2021, in the insurgency-ravaged Borno State in Northeastern Nigeria.

The spokesperson for the Nigerian Air Force, Edward Gabkwet had said the fighter jet lost contact with the radar in Borno State earlier that day.

Gabkwet said the plane disappeared while on an interdiction mission in support of ground troops. He said the mission was part of the ongoing counterinsurgency operations in the North East.

“Details of the whereabouts of the aircraft or likely cause of contact loss are still sketchy but will be relayed to the general public as soon as they become clear. Meanwhile, search and rescue efforts are ongoing.”

In the video that is about seven minutes long, the jet was seen flying low to the ground while the insurgents shot at it.

However, Gabkwet dismissed the video, adding that there was an ongoing search for the missing fighter jet.

“The attention of the Nigerian Air Force (NAF) has been drawn to some videos being circulated on Social Media, as well as media reports drawn from there, alleging that the NAF Alpha Jet aircraft, which was reported missing in Borno State on 31 March 2021 after losing radar contact, was shot down by terrorists. One of such videos, in particular, began with sporadic shooting by several terrorists, including underage children on motorcycles and vehicles. It later skipped abruptly to a scene depicting an aircraft exploding mid-air, supposedly as a result of enemy action. Another part of the video showed a terrorist, who, while standing by the wreckage, claimed that they had shot down the NAF aircraft.

“Although the video is still being thoroughly analysed, it is evident that most parts of the video were deliberately doctored to give a false impression that the aircraft was shot down. For instance, the video clip failed to show the correlation between the sporadic shooting, which even from casual observation was obviously aimed at ground targets, and the sudden mid-air aircraft explosion. In addition, it is almost impossible for an aircraft to have exploded mid-air, in the manner depicted in the video, and still have a good part of its fuselage, including its tail, intact. Indeed, an explosive impact of that nature would have scattered the debris of the aircraft across several miles,” he had said.

The Air Force spokesperson said different rescue operations are ongoing in order to ascertain the whereabouts of the fighter plane.

“If there is anything new, actually I will tell you. We are still searching for the jet, if there is any new information, you will be the first person to know. No information on its whereabouts now, the search is still ongoing. It’s a continuous process,” he said

Asked about the fate of the pilots and their families, he said, “There is a difference between absence without leave and missing in action, they are protecting our nation and got missing. Ours is a process that takes up to seven years in this kind of situation. The pilots are still part of Nigerian Air Force till date.”