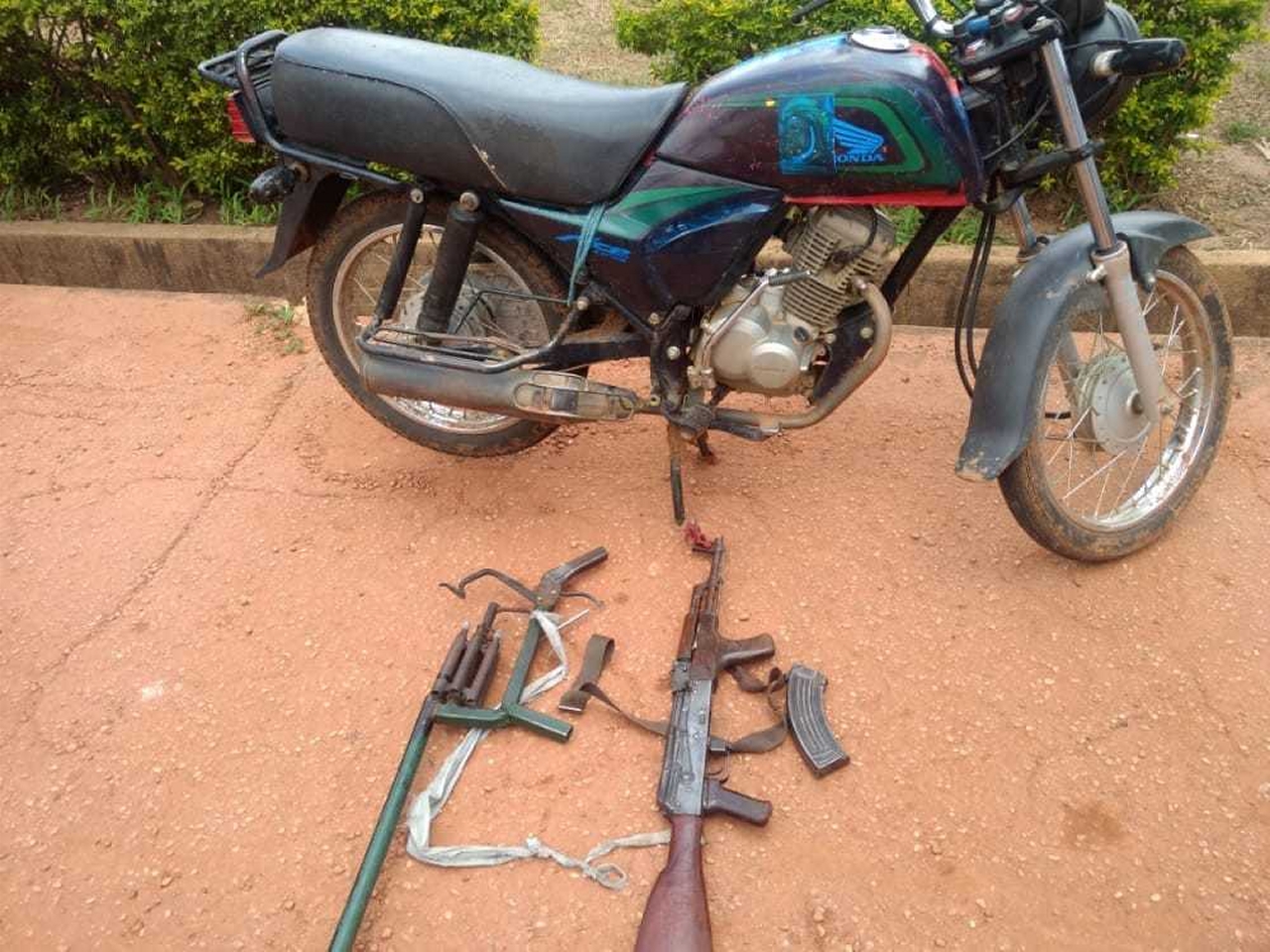 The police in Kaduna State have gunned down a bandit. This happened during a gun shootout with the Terrorists.

State Police Spokesman, DSP Mohammed Jalige said:
“The tactical operation came via a distress call received in the early hours of 23rd June, 2022 at about 0730hrs that some armed bandits were sighted along Galadimawa Kidandan road in Giwa LGA of Kaduna State,” the statement read.

“Their movement was strongly suspected to be for their usual heinous mission. In a bid to truncate such a mission, the CP immediately ordered for deployment of strong nearby force to the location for a possible engagement and restoration of safety.

“The Operatives engaged the hoodlums with clinical precision and succeeded in countering the bandits’ mission as they were compelled to retreat into the forest with some sustaining bullet injuries while one other was gunned down, his AK49 assault rifle and operational motorcycle recovered. Equally, a locally fabricated long range revolver with its 12 polymer cased cartridges was recovered when search of the area was conducted.”