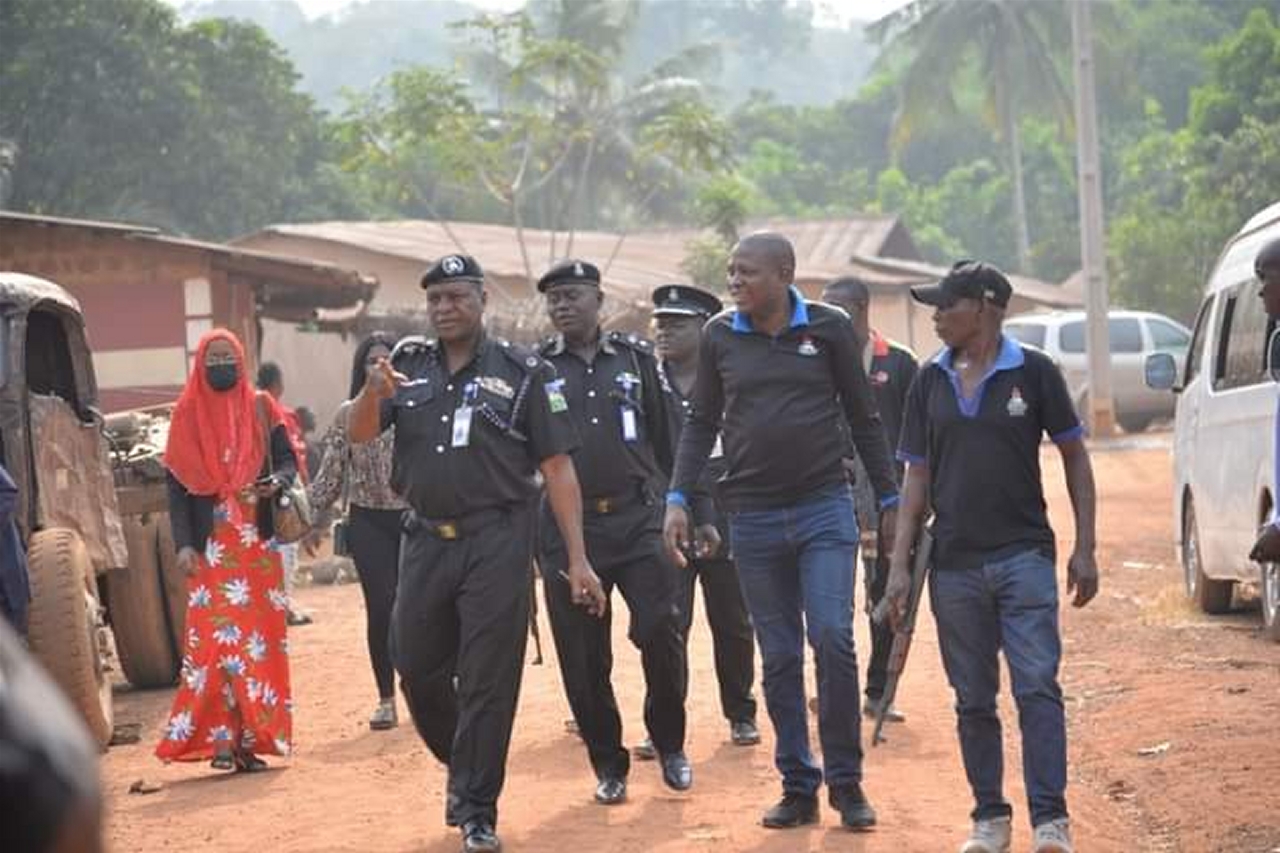 There have been news recently about armed bandits in military uniforms raiding a community in Ovia North East, Edo State in Nigeria. The Police in the state says this is completely false.

The State Commissioner of Police, Phillip Ogbadu led a joint security team, including the Police, Army, Nigeria Security and Civil Defence Corps (NSCDC) and local vigilante to the community in a bid to get to the root of the matter.

After a detailed tour of the Community and some on-the-spot interviews with some residents, the Commissioner confirmed that everything was intact and everyone was going about their business as usual.

“The news making the rounds on social media that a community in Edo State was sacked over the weekend by herdsmen is not true. A joint security force made up of the Army and Police have visited the area to get first-hand information on the issue.”

“We have been directed following the report of the sack of the community, which is why we came here with journalists to visit the community. It was an issue of farmer and herders clash. People are agitated by the story.

“We are here to ensure the tension is reduced. The community has not been sacked as reported by some aspects of the media. No house was burnt and nobody killed. We have visited the village in the company of the Area Commander, DPO Ekiadolor and the Army.”

The CP commended the Police on their swift response when the news originally broke. He encouraged the locals and residents of Edo State to he mindful of mischief makers and divisive elements whose stock in trade is crisis and chaos.

He stated that Edo State is one of the safest places to live and work in Nigeria. He also said it is his duty and that of his men to ensure the status quo ante is not only maintained but improved upon. He also warned all purveyors of fake news to beware as the law will catch up with them soon.