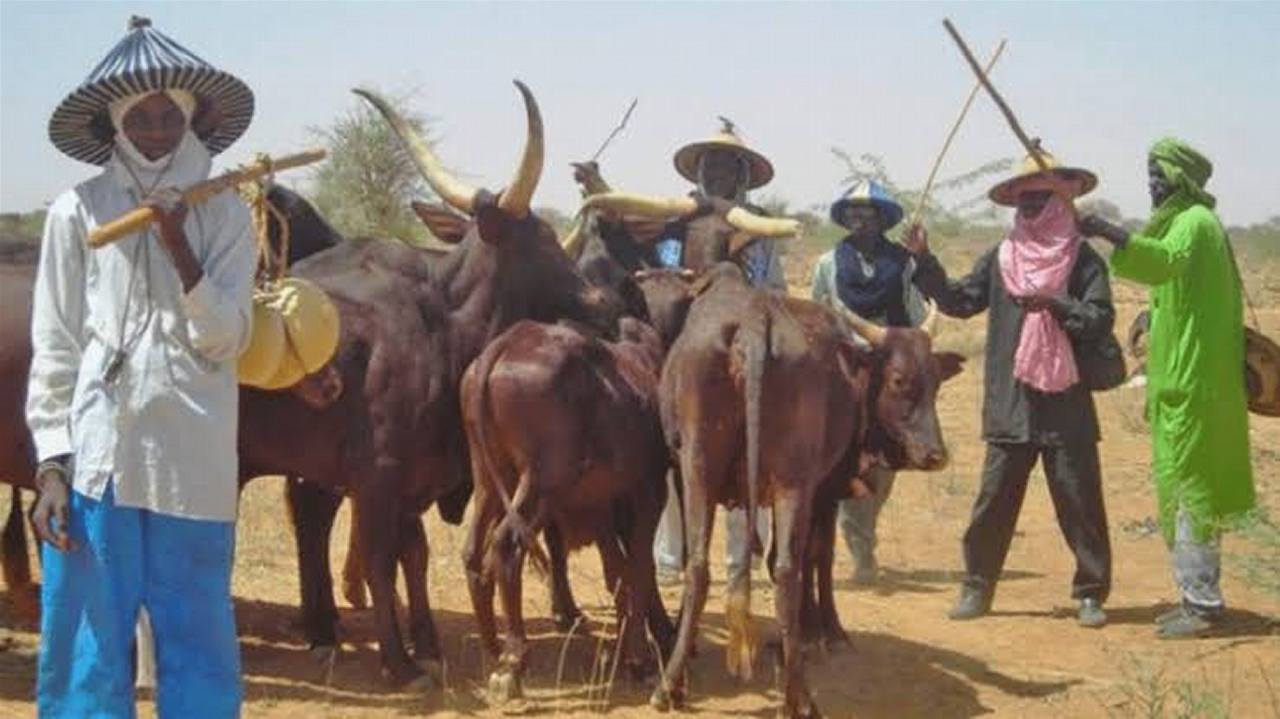 The Governor of Benue state in North Central Nigeria, Dr Samuel Ortom has raised the alarm that herdsmen from Mali, Niger, Mauritania, Libya and Senegal were still maiming and killing the peace-loving people of his state.

Speaking on ARISE NEWS Channel, Ortom disclosed that the strict enforcement of the state’s 2017 Open Grazing Prohibition and Ranches Establishment Law has reduced the level of insecurity, pointing out that herdsmen now comply with the provisions of the law.

The state government had enacted the anti-open grazing law on May 22, 2017, to curb the nefarious activities of herdsmen carrying AK-47 rifles about the state, maiming peasant farmers, killing them and taking over their parcels of land.

But following the failure of the law to deter herdsmen from destroying farmlands and killing farmers, the Benue State House of Assembly amended the law, which was signed by the governor on Thursday with stiffer penalties against violators.

Speaking on the amended legislation, Ortom acknowledged that all “is going well with the enforcement of the law except for the notorious criminal elements of Fulani herdsmen, who came from Mali, Niger, Mauritania, Libya and Senegal.”

Ortom noted that the intention of the criminal elements “is not for grazing or doing cattle business, but to send people away and take over their land.

The governor cited the plight of internally displaced persons (IDPs), who attempted to return to their homes and continue with their farming activities, but were attacked, maimed and killed.

He lamented that the activities of the notorious criminal elements “are part of the reasons we have still over 1.5 million IDPs in our camps across the state.

The governor commended all security agencies including Operation Whirl Stroke, the Army, Nigeria Police, Nigeria Security and Civil Defence Corps (NSCDC) and the agro rangers for working hard to ensure compliance with the anti-open grazing law and maintaining relative stability in the state.

The governor disputed claims that the legislation “is targeted at Fulani herdsmen in the state. This amendment came as a result of those who felt they have enough money to pay fines or demurrages.

Within five years that it had been experimented, Ortom clarified that the law “is not targeted at Fulani herdsmen, Hausa, Jukun or Igbo. It is targeted at every person, including the indigenous people of Benue State.”

He noted that the state’s livestock guards have done well by arresting over 50,000 heads of cattle, while over 600 people were arrested for carrying out open grazing.