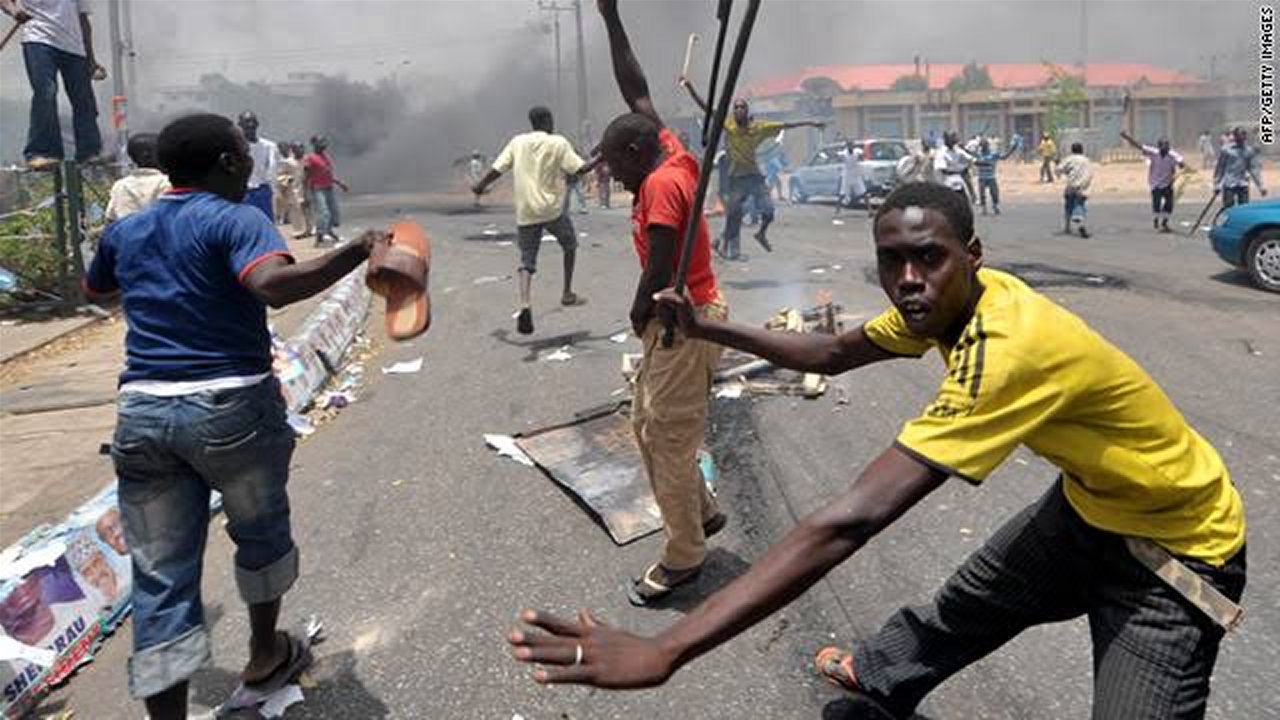 For Nigerians who occupy the lowest rung of the ladder, it will seem that their torments come as a double jeopardy. Since independence, Nigerian governments have always been held as the Nigerian’s sole slave driver and abductor, who, whether elected or imposed on them, tosses their fates hither thither like a marionette. However, judging by the spate of grisly drama which alone captures what the people go through in their own hands, they must have joined government to toss their own fates dangerously and hopelessly.

How does one place last week’s abduction and murder of a five-year-old Kano girl, Hanifa Abubakar? Hanifa, a student of Kids Academy, a private school located in Kwanar Dakata in Nassarawa local government area of Kano in Tudunwada, was abducted on December 2, 2021 by Abdulmalik Tanko, the proprietor of the school. After kidnapping her and collecting part of the N6 million ransom he demanded, he was reported to have killed her with rat poison because the girl was able to recognize him. He then dismembered Halifa’s body and buried the remains within the school.

Or, former military Head of State, General Abdulsalami Abubakar’s tirades against the system last week? Painting a gloomy picture of where Nigeria is today, Abubakar confirmed that the country was indeed at a crossroads. Speaking as chairman of the 19th Daily Trust Dialogue, the former Head of State told President Buhari not to always dismiss criticisms and critics of his administration with a tar-brush as agents of the opposition.

“Nigeria is once again at a crossroads. Insecurity remains the single most difficult challenge for our country today. Whatever we discuss and agree today, we hope that the authorities will take it in good faith and work with it. In my own experience as a leader, I have found that collective wisdom is all better than individual ability. The Boko Haram insurgency in the north-east, banditry in the north-west, violent secessionist agitations in the south-east, kidnappings and abductions of travelers across many states all continue to fester in the land. Add to these, ethnic, religious and communal conflicts are rearing their ugly heads again in many parts of the country. All of these have greatly challenged and overstretched our security forces. These challenges have caused thousands of deaths and millions of Internally Displaced Persons (IDPs) in Nigeria over the past 13 years,” he said.

Citing statistics from the Global Conflict Tracker which was compiled by the US Council on Foreign Relations (CFR) Abubakar said that since 2009, about 350,000 persons had so far been killed and three million displaced directly or indirectly in the conflict in the north-east and quoting another report by Beacon Consulting, a Nigerian security risk consultancy, he said that the country had recorded 574 cases of kidnappings and 431 confirmed security attacks which cut across 29 states and 96 Local Government Areas in December 2021 alone, with about 75 per cent of the kidnappings and 57 per cent of the casualties coming from the north-west.

To me, all these confirmed that Nigeria is inside one huge whirlpool of Za Zu Zeh, Jagbajantis and jagajaga. No one seems to understand what the three mean on the face value. Their sound effect reminds me of that mouthful word in literature class in high school of those days called onomatopoeia. Onomatopoeia is a word which looks like the sound it makes, one where you can almost hear the sound, even as you pronounce it. Za Zu Zeh, on its own, sounds like a barroom argot, a slang that has almost become a lingo. No matter what, it is fast trending among the youths of this generation. Associated with and chiseled out of the lyrics of upcoming superstar, Portable, who just had a musical collaboration with Olamide and Poco Lee, prominent Nigerian vocalist and dancer respectively, it sounds more like a gutter coinage but which has become a variant of social discussion, especially in South West Nigeria. While some say Za Zu Zeh mirrors the rigour, hopelessness and harsh life on the streets, others say it explains the fast lane life, the crime, youth fraud ring called Yahoo Yahoo and the ritualsthat are said to come in tow with it.

For Nigeria last week, it was one hellish week of Za Zu Zeh, jagajaga and Jagbajantis. If you translate them into a single whole, it may mean a surfeit of junks, which seem to have no bearing with each other. I begin from the bizarre.

That same last week, specifically on Saturday January 16, 2022, a senior student of Elkanemi College of Islamic Theology, Maiduguri butchered an 11-year-old junior student of the Islamic School, Jubril Mato, by slitting his throat. His crime? He refused to run errands for the senior student. According to the school, the SS2 class senior had sent Jubril on an errand, but when he wouldn’t go, in the night, he picked him up, took him to a place in the school and, like they do rams, slit his throat with a razor blade, injuring most of his arteries, nerves and trachea in the process. Jubril is said to currently be on admission at the intensive care unit of the University of Maiduguri Teaching Hospital.

For Nigerians who occupy the lowest rung of the ladder, it will seem that their torments come as a double jeopardy. Since independence, Nigerian governments have always been held as the Nigerian’s sole slave driver and abductor, who, whether elected or imposed on them, tosses their fates hither thither like a marionette. However, judging by the spate of grisly drama which alone captures what the people go through in their own hands, they must have joined government to toss their own fates dangerously and hopelessly.

Niger State governor, Sani Bello, during same week, put the Za Zu Zeh, the Jagbajantis and jagajaga, or if you like, the precarity of the Nigerian insecurity problem in perspective. Addressing journalists after a parley with President Muhammadu Buhari at the State House in Abuja, Bello said that the upswing in banditry in the state was mind-boggling. “In January this year alone, we suffered not less than 50 reported attacks and loss of lives, between 1st and 17th January. Within the same period, not less than 300 communities have been invaded by bandits. The number of people kidnapped is 200, including three Chinese nationals. We also lost some security personnel. Their number is 25. Unfortunately, we lost about 165 civilians and 30 local vigilantes. So, it’s a very dire situation that we have been battling in the last few weeks since the beginning of this year,” he said.

On the political front, the precarity, the hilariousness or what this generation encapsulates as the Za Zu Zeh, the Jagbajantis and jagajaga which have been our lifelong companions, jutted out again. If Nigerian governments need to do anything about themselves, it is the profiling, the public perception of how the people see them. As the president was unveiling a massive pyramid of rice said to be harvests by farmers with which they intended to pay back bank loans they borrowed for the expansion of Nigerian rice production, the people scoffed at the exercise. In a twinkling of an eye, the social media was awash with the pessimism and dismissive takes of Nigerians about this government’s initiative. As photographs of the massive pyramid of rice bags were circulated, so also did a ladder undergoing construction which was said to be the hollow where the bags of rice were stacked. The picture was later found not to be true.

That same last week, race for Aso Rock Villa by politicians rose to its crescendo. Politicians who take daily baths in sewers strutted about in deodorized images. They employed same raped people who they have enslaved over the years and who they still intend to enslave, as their canvassers. The latter in turn battle themselves to support their masters of maggotry. Who is capable of addressing the utter absurdity, which our country has become, is of no bother to the people, nor the politicians who are running the race for office to fulfil their life’s ambition.

In saner countries, this mish-mash of Za Zu Zeh, Jagbajantis and jagajaga should bother its leaders. The off-handed manner Nigerians dispossess themselves of a life that they cannot replace should be a subject of concern for the social department of governments. Could it be that because there is a breakdown of the fabric, the grease that keeps and oils the Nigerian wheel, the people are losing their humanity at this frighteningly high level? Africa, Nigeria used to pride herself and wear on its lapel as where communality thrived, a place where everyone was their brother’s keeper. This, we boastfully claimed, was opposed to the individuality, the me-and-myself social relations of the western world.

Some said it is as a result of the collapse of the economy. Others said it is the failure of religion. It has got so bad that some pessimists liken our situation in Nigeria today to something close to the acute flight of humanity currently ongoing in Afghanistan where parents sell their kids to feed their families. Killing, maiming of acquaintances, many times for rituals, is becoming commonplace now in Nigeria.

Today, communality has broken down irretrievably. From time immemorial, teachers were next to parents in perceived fiduciary responsibility to their pupils and students. When we now have an Abdulmalik Tanko murdering his five year old pupil, Hanifa and having the guts to dissect her remains like butchers do at abattoir, then you can guess what our fate has become. In the same vein, bullying in boarding schools, which has existed for ages, has transformed into callousness and wickedness. With a senior student slitting the neck of his junior, society can as well close shops.

Unfortunately for us, the critical cusp that Abubakar said Nigeria currently occupies makes the year 2023 equally critical for us. It is a year when decisions by Nigerians on who will rule them will take place. If we choose a president who will continue in the same pattern as we have now, Nigeria may slip off our hands totally. We must return our society to that communality, that humanistic level where we mattered to one another, a place we were some years back. We will suffer or savour the consequences of our votes and support for whoever becomes Nigeria’s leader next year. May God open our inner eyes.