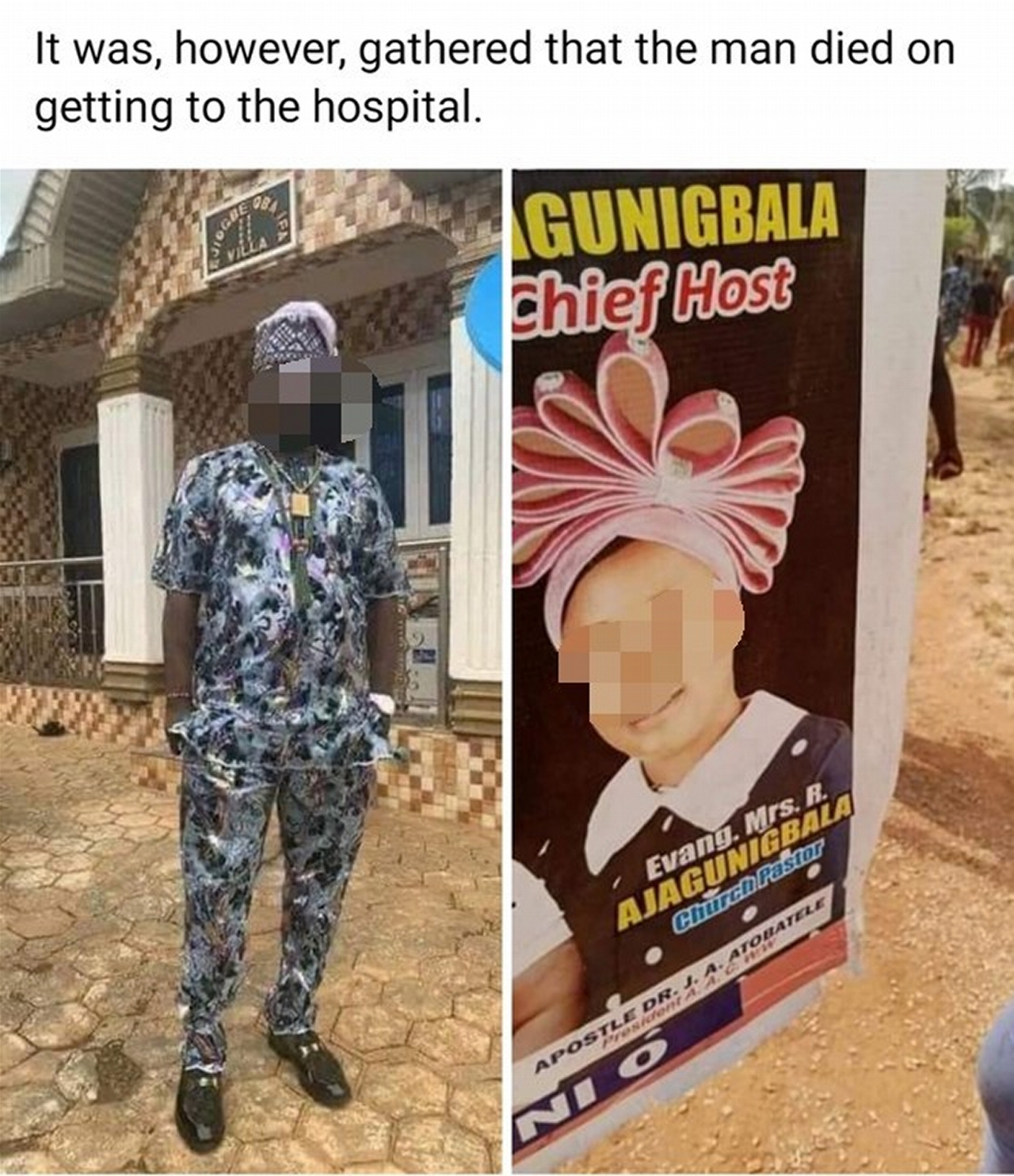 A man said to be a popular herbalist, Kehinde has slumped and died after allegedly being involved in a sex romp with a female friend at a hotel in Ikere-Ekiti, headquarters of Ikere local government area of Ekiti.

Nigerian Tribune gathered that died on Monday in the hotel room.

Sources said that the woman is a wife of a cleric in one of the churches in the area.

One of the sources said, “What I can say is that the man died in the hotel room after having sex with the woman said to be spiritually laced with thunderbolt (Magun).

“The woman raised the alarm after realising that the man collapsed, the manager of the hotel and some residents raced to the scene and immediately rushed the man to a nearby hospital where he was confirmed dead.”

Abutu who revealed that investigations had commenced on the circumstances leading to the death of the man, however, added that the woman has been arrested by the police.

“Yes, we can confirm the death of the man in one of the hotels at Ikere-Ekiti on Monday. His corpse has been retrieved and deposited at the morgue.

“Let me quickly tell you that the woman in question is with us already as we commence investigations to unravel the cause or otherwise of the man’s death,” the PPRO said.