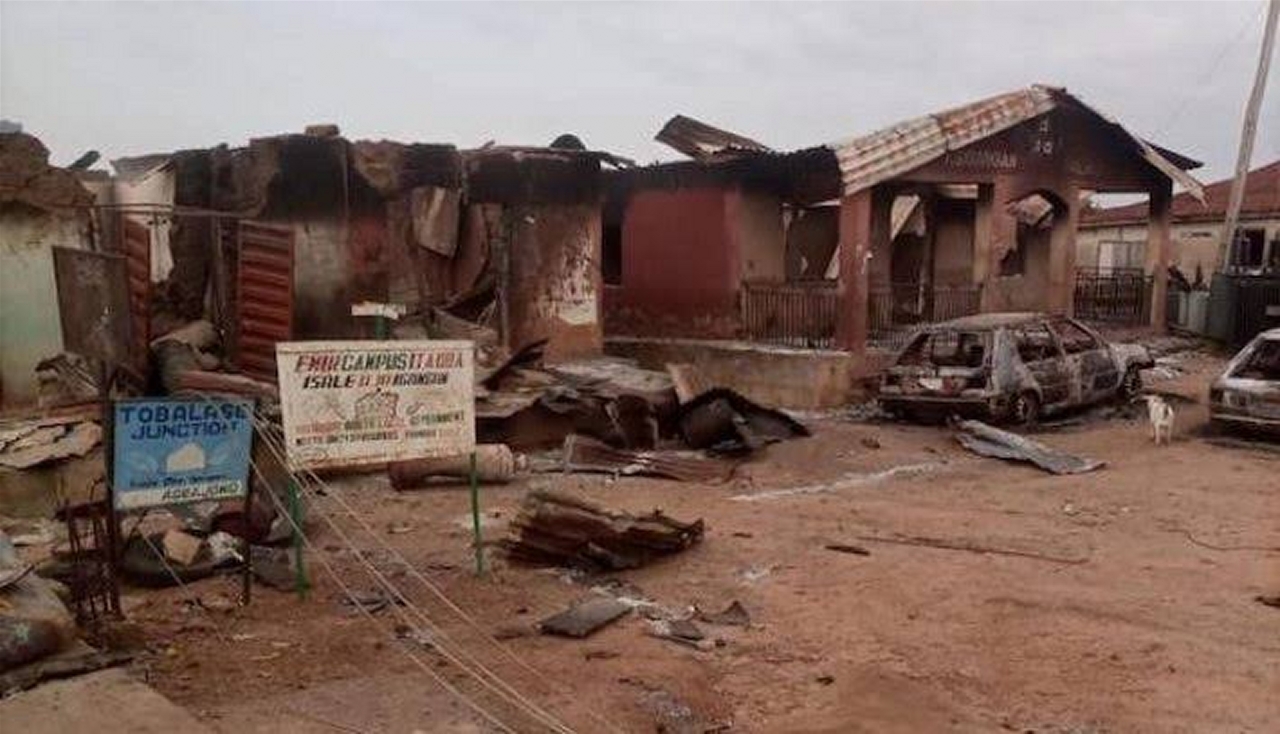 Though hunters and Amotekun personnel were said to have risen up to repel them, an Amotekun Commandant in the area was said to have been killed in the attack.

Residents of the town told one of our correspondents that the gunmen, who allegedly dressed in Customs uniform, invaded the town around 7 pm, shot and killed an unspecified number of people they met at the entrance of the town before fleeing.

The eyewitnesses said they did not know the number of persons killed by the gunmen, but that one of the sources had claimed that one person was shot dead by the rampaging hoodlums.

The gunmen were said to have loaded themselves in four vehicles, two of which were a Toyota Hilux and Sienna.

Some of the sources claimed that hunters and vigilantes in the town, when they heard the gunshots, came out in hot pursuit of the hoodlums. The fleeing hoodlums were said to have escaped through Ayete.

The Secretary of Farmers Union, Mr Taiwo Adeagbo, who is popularly known as Akowe Agbe, also alleged that the attackers wore military uniforms.

Adeagbo said, “The attackers wore military uniforms. They opened fire on those they met when they entered the town. They shot for some minutes and before the hunters could get to where they were, they had fled.”

A resident of Ayete, who identified himself as Kamaru, also told Saturday PUNCH that the fleeing hoodlums met a motorcycle spare parts dealer on the road at Ayete and shot him to death.

“They also killed somebody here in Ayete before they escaped. But our people are pursuing them and they are likely to catch up with them. I heard that they did not go straight but veered into a path but that road is not smooth.

“We later heard that they abandoned one of their vehicles and fled on foot into the forest. But we are living in fear now because we don’t know when they will strike again.”

The Coordinator of the Oodua People’s Congress in Oyo State, Mr Rotimi Olumo, also said his members in Ibarapa told him that the attackers wore Customs uniforms and killed one person in Igangan, one person in Ayete and a member of the Amotekun Corps at Igboora.

He said, “I issued a release about five days ago that the government should beef up security in the area. We heard that they would attack them before Eid el Kabir or on Sallah Day. Now, they have killed one person in Igangan, they killed another one in Ayete and killed another one at Igboora.

“I am receiving a briefing from our members there from time to time. The last one they shot dead at Igboora was said to be an Amotekun officer.”

The Commandant of the Amotekun in Oyo State, Col. Olayinka Olayanju (retd), could not be reached to comment on the attack. Repeated calls to his number indicated that it was engaged.

The Police Public Relations Officer in the state, Mr Adewale Osifeso, when contacted, told one of our correspondents that he would confirm it and return the call. But he had yet to do so as of the time of filing this report.

Recall that suspected herdsmen had in June invaded Igangan where they set vehicles and houses ablaze, including the palace of the Asigangan of Igangan.

It was gathered that the attack on Friday night threw the sleepy town into disarray.