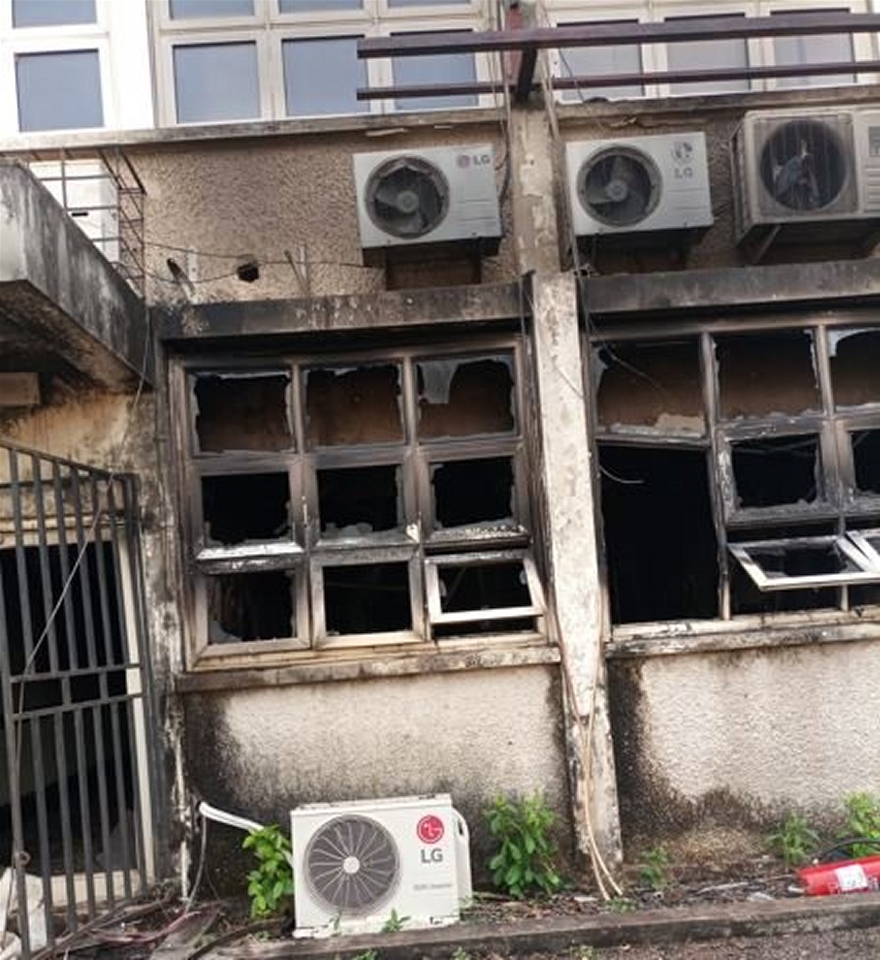 The Headquarters of the Enugu State Broadcasting Service located at the Independence Layout near Agric Bank Junction was on Tuesday morning gutted by fire.

Although the cause of the fire was yet to be ascertained as of the time of filing this report, the inferno was said to have completely destroyed the newsroom and presenters office.

It was gathered that an HD Cameras and computer laptop of one of the staff was burnt to ashes.

Staff of the station said on condition of anonymity that the fire started shortly after the station was opened for the early morning broadcast around 5.30am to 6.00am when a generator was put on.

He said that safe for the timely response of the State Fire Service, the entire station would have been gutted by fire.

Another staff also said that they were at loss about the incessant fire incident at the station since policemen were deployed to guard it shortly after the nationwide #EndSARS protest last year.

The General Manager of the station, Chukwuma Ogbonna, who spoke shortly after the fire was put out by firefighters, lamented that the incident was the second fire incident at the station this year.