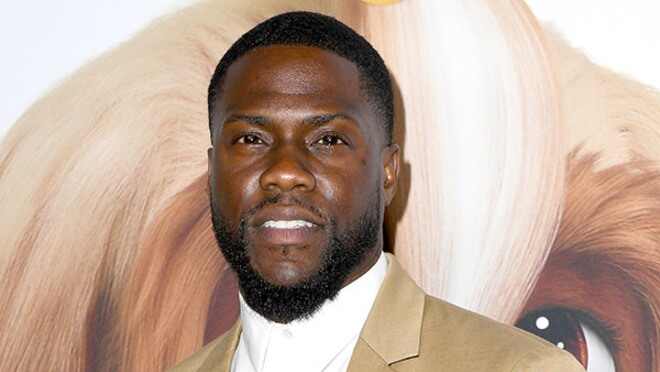 “I mean, I personally don’t give a s–t about it,” he shared with the publication. “If somebody has done something truly damaging then, absolutely, a consequence should be attached. But when you just talk about…nonsense? When you’re talking, ‘Someone said! They need to be taken [down]!’ Shut the f–k up! What are you talking about?”

As it turns out, not everyone agreed with his comments. But when critics started speaking out online, Kevin couldn’t help but clap back.

n his interview with The Sunday Times, Kevin admitted that he has been “cancelled” three or four times. But according to the 41-year-old father, it never bothered him.

“If you allow it to have an effect on you, it will,” he explained to the publication. “Personally? That’s not how I operate. I understand people are human. Everyone can change.”

Kevin continued, “When did we get to a point where life was supposed to be perfect? Where people were supposed to operate perfectly all the time? I don’t understand. I don’t expect perfection from my kids. I don’t expect it from my wife, friends, employees. Because, last I checked, the only way you grow up is from f–king up. I don’t know a kid who hasn’t f–ked up or done some dumb s–t.”

When speaking to his 36.6 million Twitter followers, he had one request going forward: Be careful what you read.

“I rarely talk s–t…but I felt the need to today,” he shared. “Stop believing these headlines and read the actual articles…you guys fall for the banana in the tail pipe trick every damn time.”
J Cole said it best,” the Fatherhood star continued. “‘If ur laughing at a millionaire, the jokes on YOU.’ Now back to ur regularly scheduled program. Live love and laugh!”