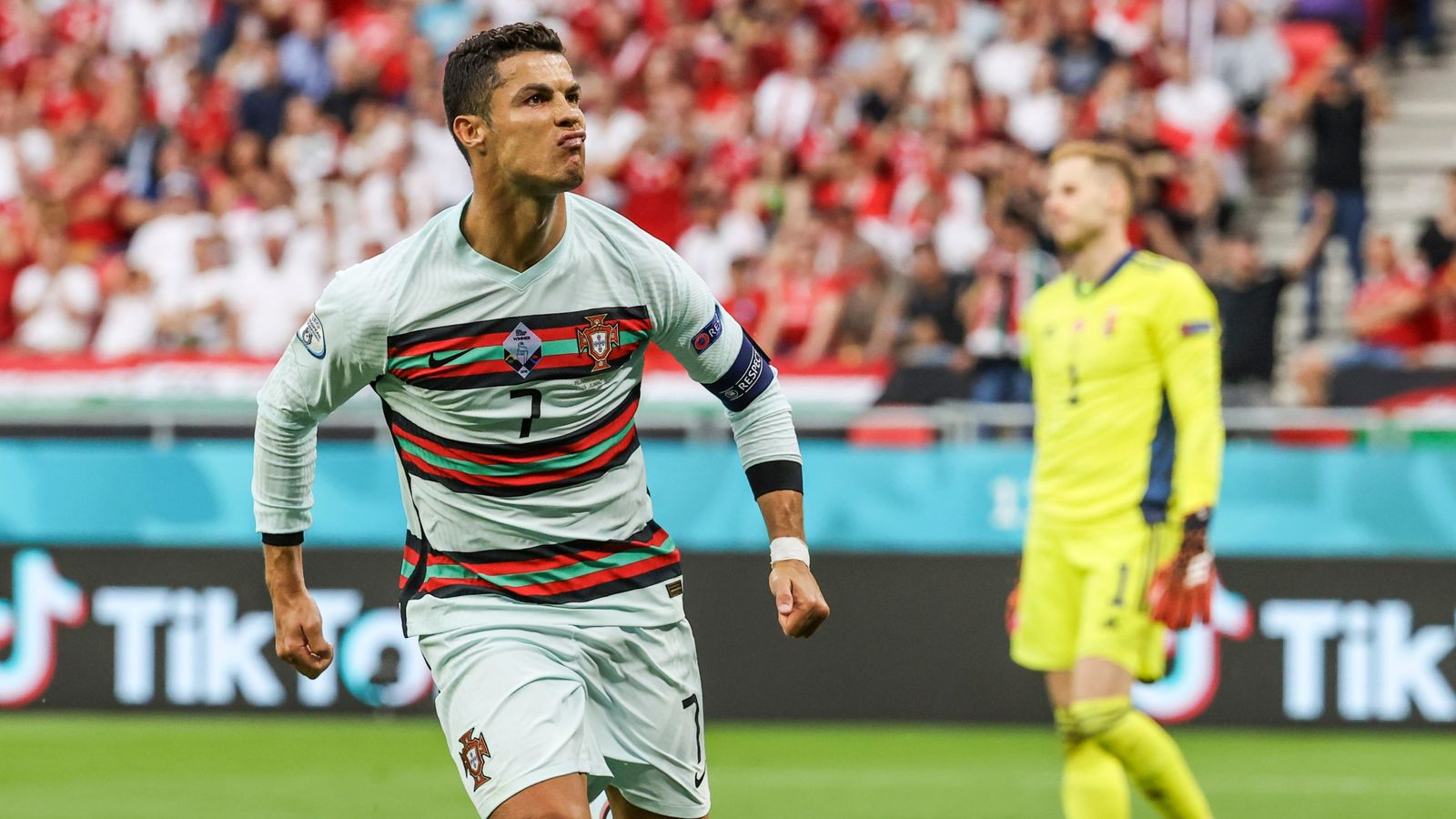 Cristiano Ronaldo made European Championship history with his record-breaking 10th and 11th finals goals as Portugal saw off Hungary to open their Euro 2020 campaign with a 3-0 victory in Budapest.

The reigning European champions dominated the first half in the hostile, 60,000 capacity Puskas Arena but failed to convert their chances, with Ronaldo, Diogo Jota and Bernardo Silva all guilty of squandering opportunities before the break.

Hungary’s hopes of causing an upset grew after the interval and they looked to have stunned holders Portugal when substitute Szabolcs Schon found the back of the net, only for it to be ruled out for offside.
Portugal took full advantage of their reprieve, with Raphael Guerreiro’s heavily deflected strike breaking the deadlock six minutes from time, laying the foundation for Ronaldo to steal the show.
On the day he became the first player to appear in five European Championships, Ronaldo overtook Michel Platini’s long-standing record tally of nine goals with a clinical penalty three minutes from time.
Ronaldo then rounded off Portugal’s perfect start with his second in stoppage-time after waltzing through the Hungarian defence, as he moved onto 106 international goals, three shy of Iranian striker Ali Daei’s all-time record.