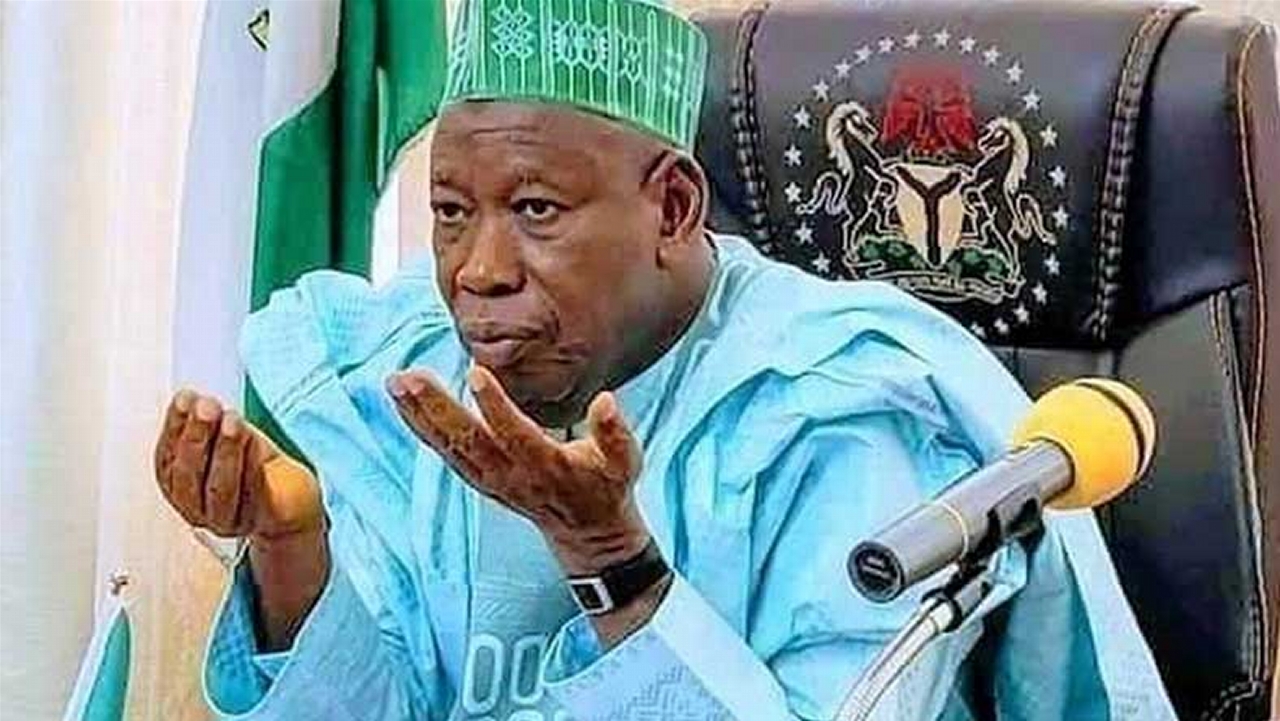 Sources say the bandits engaged the security aides attached to the Governor in a gun duel along Sheme in Katsina State on their way back to Kano from Zamfara State.

However, the Governor was not in the convoy but the bandits attacked the security operatives and blocked the Zamfara, Katsina and Kano Road, around Shema.

Governor Ganduje was in Zamfara State to attend the formal defection of Governor Bello Matawale of Zamfara into the All Progressives Congress (APC).

After the occasion, he joined Jigawa State Governor, Muhammadu Abubakar Badaru, back to Kano.

During the encounter, three security operatives sustained minor bullet wounds while the convoy ambulance was riddled with bullets.

A similar incident was recorded on Tuesday when bandits killed the Lawmaker representing Shinkafi constituency in the Zamfara State House of Assembly, Ahmad Muhammad. He was killed at Kwakwame Sheme area in Katsina while commuting to Kano, same area where the Governor’s convoy was attacked.