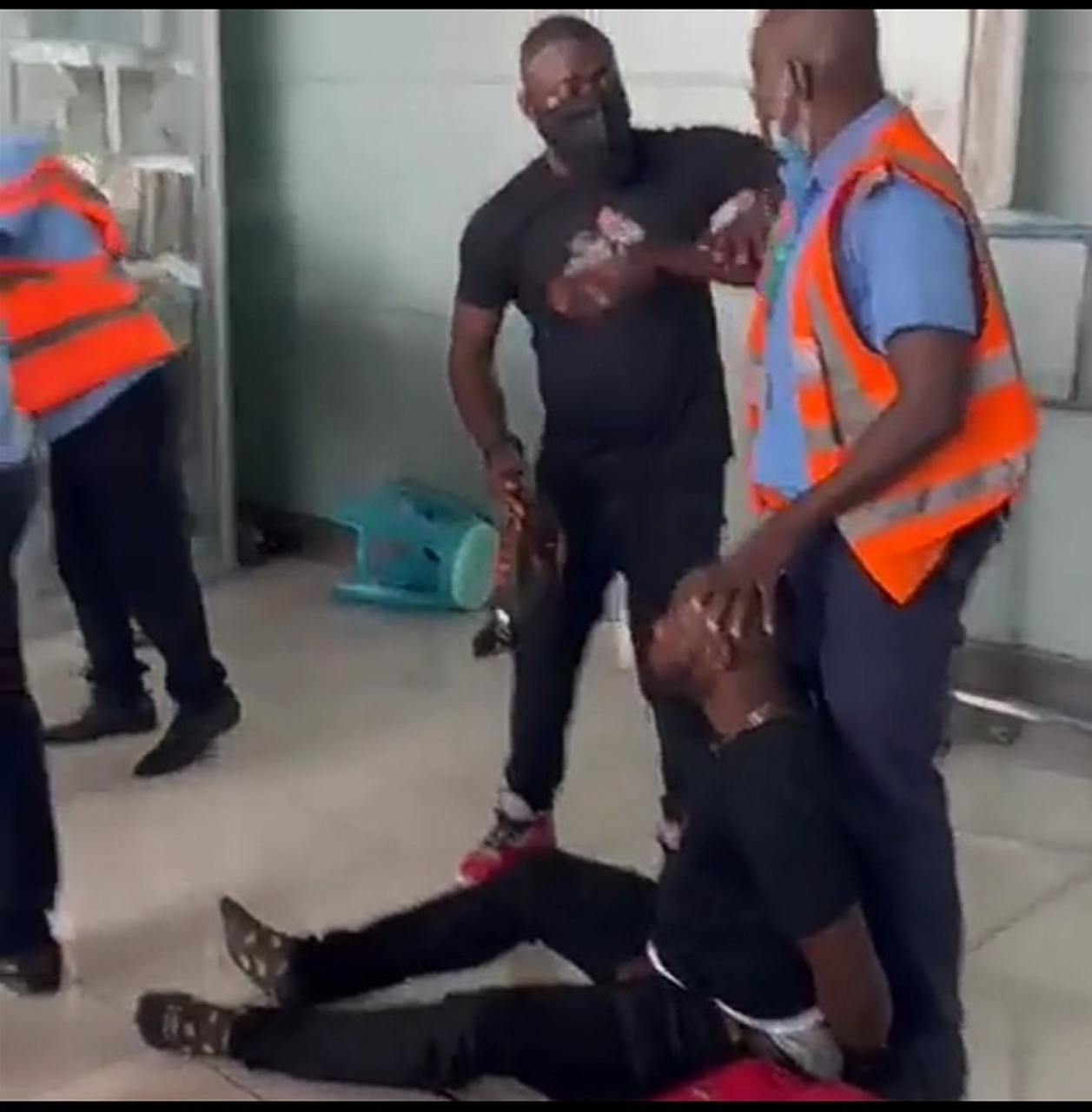 The government of Nigeria has threatened to take tough action against the Republic of Togo over the ill-treatment of Nigerian travellers transiting through the Gnassimgbe Eyadema International airport in Lome, Togo, following the travellers’ protest over alleged denial of connecting flight.

The incident occurred when Nigerians, who were travelling on Ethiopian Airline from the United States of America (USA) to Lagos, got to Lome, Togo on Saturday and were, told that their connecting flight, Asky Airline, was full and that they could not continue the trip.

When some of them protested, they were manhandled, with some handcuffed and rough handled by Togolese security personnel and airline staff.

In the viral video, some people were seen with their hands tied to their backs while uniformed men believed to be Togolese airport security men were seen assaulting a lady who was on the floor. A man could be heard screaming that “this is bad, this is bad!”

The telephones of all the passengers were allegedly seized and it appeared as though the ill treatment of the Nigerian nationals would go unattended to before the timely intervention of the foreign affairs minister Geoffrey Onyeama and other top Nigerian government officials. Spokesperson of the Ministry of Foreign Affairs, Esther Sunsuwa, told LEADERSHIP yesterday that “We will take action against this ill treatment; it can’t just go like that. The Embassy there has already reported to appropriate authorities so let wait and see the outcome.”

Minister of foreign affairs, Geoffrey Onyeama had intervened to resolve the near diplomatic crisis between Nigeria and Togo over Saturday’s shabby treatment of the Nigerians Airport.