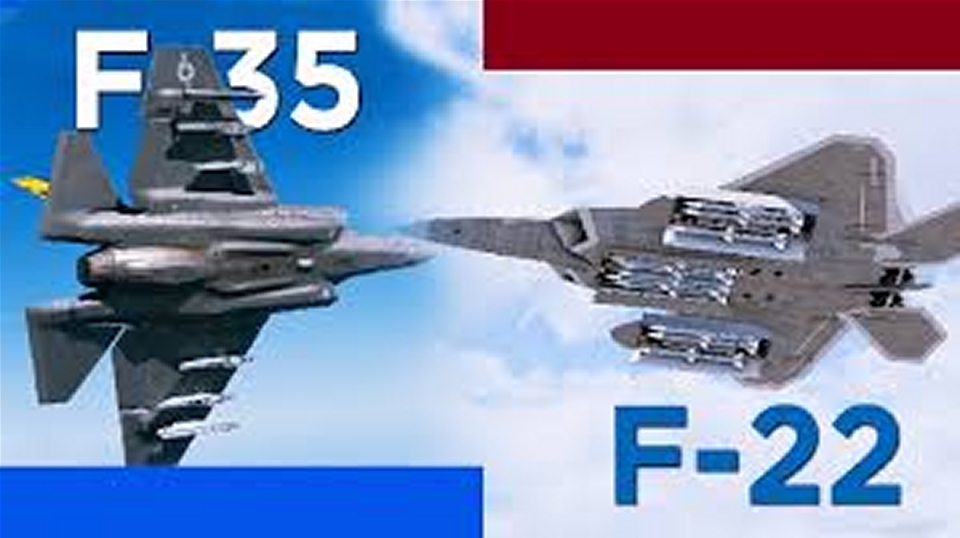 This is a very valid question. You’re right….but you’re also wrong. Here’s why!

The F-22 is super maneuverable, right?

Has thrust vectoring nozzles, inherently unstable (like most fighters but still notable), has super cruise, all aspect stealth, basically the best Gen 5 fighter out there right? Mostly because it has no other competition from other adversaries to be honest.

It’s the super maneuverability. Everyone thinks maneuverability wins in a dog fight. And that’s not particularly wrong for them to think that. Time for a history lesson!

Back in the early days of aviation such as in WWII, many planes such as the Japanese A6M Zero was build upon the basis that superior maneuverability would win their fights. In the beginning, they weren’t wrong. America’s P40’s couldn’t hold their own for the first portion of the war. If you turn fought a Zero, you were dead. American planes were heavy, powerful, and fast. So, we played to our strengths!

Instead of turn fighting, also called “Turn and Burn,” and fighting laterally, we fought in the vertical with a method called “Boom and Zoom.” American planes were faster than their Japanese counter parts originally. We could go higher as well. With the altitude advantage, we’d dive down on top of them, attack, and climb away. The speed gained in the dive would propel our fighters back up leaving the Zeros unable to try and fight back because they couldn’t keep up. Granted, there were other factors at play such as the poor training of Japanese pilots, but that was a beginning of a new era for American aviation.

It’s said that in a dog fight, two things are necessary: speed and altitude; if you don’t have one, you must have the other. Speed to pull away and maneuver, and altitude because if you’re down low, you’re a sitting duck. That was the basis of the F-4 Phantom which served in Vietnam. But there was a problem with the F-4, it was the wrong plane for the war at the time. The F-4 did have it’s issues, particularly with stability at sub-mach speeds as well as the fact that it didn’t have an auto cannon (originally). It achieved only a 1:1 K/D ratio for a portion of its service history. But damn was it fast, Mach 2 with after burners!

This is the issue with the F-22. The F-22 is a great plane by almost all means. However, it’s the wrong plane for our given situation. Super maneuverability isn’t important anymore. but not because of how dogfights are won.

highlight that, underline it, bookmark the phrase, make it bold with italics, just make sure you know this because a lot of people don’t.

The F-35 does what America does best. America is almost always correct when it anticipates where the future of warfare is moving. They were not wrong this time. In fact, the US of A utterly obliterated everyone else at it this time around.

Technology is fantastic. So fantastic that the radar on the F-35 is so powerful that it can track, find, lock, fire, and finish an aircraft not only before it knows the F-35 was there, but before you would even be able to literally see it. The F-35 is literally invisible. Yes, it is awful at close dog fighting, but America realized that we can now eliminate the need for dog fighting.

-it can jam other radars with a radar of it’s own that remains invisible.

-It has insane sensor fusion: it gathers data from all allied vehicles

-The pilot has a 360 degree view outside the aircraft. Cameras all around the body of the F-35 stream data to the pilot’s helmet, allowing he/she to literally look through the aircraft.

-Is considerably cheaper to fly/build. In fact, as time moves forward, it is slated to be cheaper (adjusted for inflation) to purchase, fly, and repair (total cost) than the current F/A-18’s.

So, that was long winded. Let’s recap. The F-22 is an amazing aircraft. Stealthy, fast, and maneuverable, it definitely is great at dog fighting. Unfortunately, times are moving past dog fighting in favor of Beyond Visual Range combat, which the F-35 excels in greatly while it is cheaper to purchase, fly, and maintain while also giving the pilot a god’s eye in the sky who can hack other planes radars. But don’t worry, America will use their F-22’s. The F-35 and the F-22 will work in tandem together as a team to create the next wave in American air superiority. Because if you control the skies, you control the battlefield. and that is why the largest air force is the U.S. air force. And the second is the U.S. Navy.