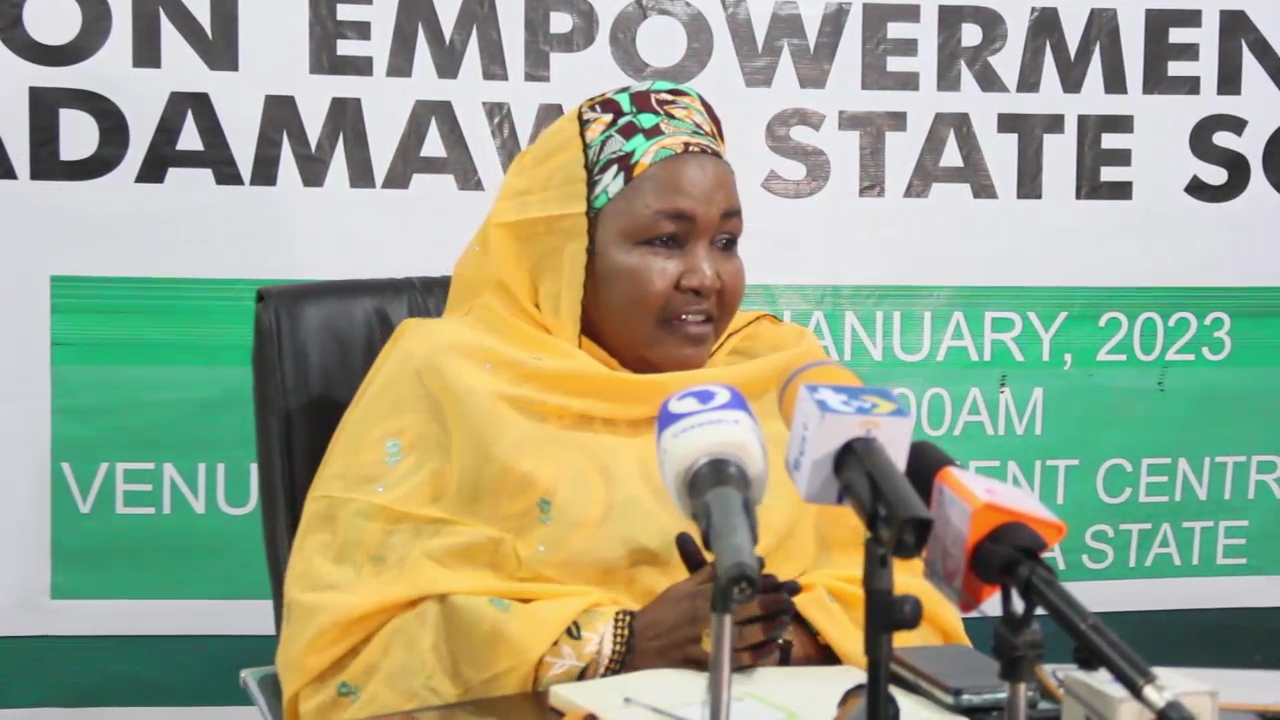 About 20,000 people in Adamawa State have so far benefitted from the N4.4bn earmarked for various skills acquisition and empowerment programs since the inception of the governor Ahmadu Umaru Fintiri’s administration, the head of the state Poverty Alleviation and Wealth Creation Agency (PAWECA), Aishatu Bawa Bello has disclosed.

Bello during a press conference in Yola thanked governor Ahmadu Umaru Fintiri for his care, concern and support to the agency culminating in the success story so far achieved.

She also noted that governor Fintiri has gracefully approved the sum of N2.4bn to the agency in 2023 adding that with such support, more people will be impacted while poverty will seriously be decimated in the state.

She noted that some of the support being rendered to the people by her agency include; training of starters, giving technical support to business owners and entrepreneurs and dishing out social welfare packages to those in dire situations.

She noted that a number of Adamawa people on monthly basis received social support ranging from N10,000 to N50,000 adding that beneficiaries should not be misconstrued as receiving S.A allowances.

Bello noted that so far 11 various skills are available for those wishing to benefit from the services being rendered by her agency.

She also thanked governor Fintiri for reopening the skills acquisition centers which were neglected for a long time adding that the centers spread across the state will enhance the eradication of poverty and creation of wealth in the state.

The PAWECA Boss noted that the state government is exploring ways to resolve some of the grey areas with the German company which established the centers for the benefit of the teeming Adamawa populace.

She said the skills acquisition centers will give priority to the 2,700 students that were already receiving various skills at the center after which opportunities will be opened to fresh beneficiaries.