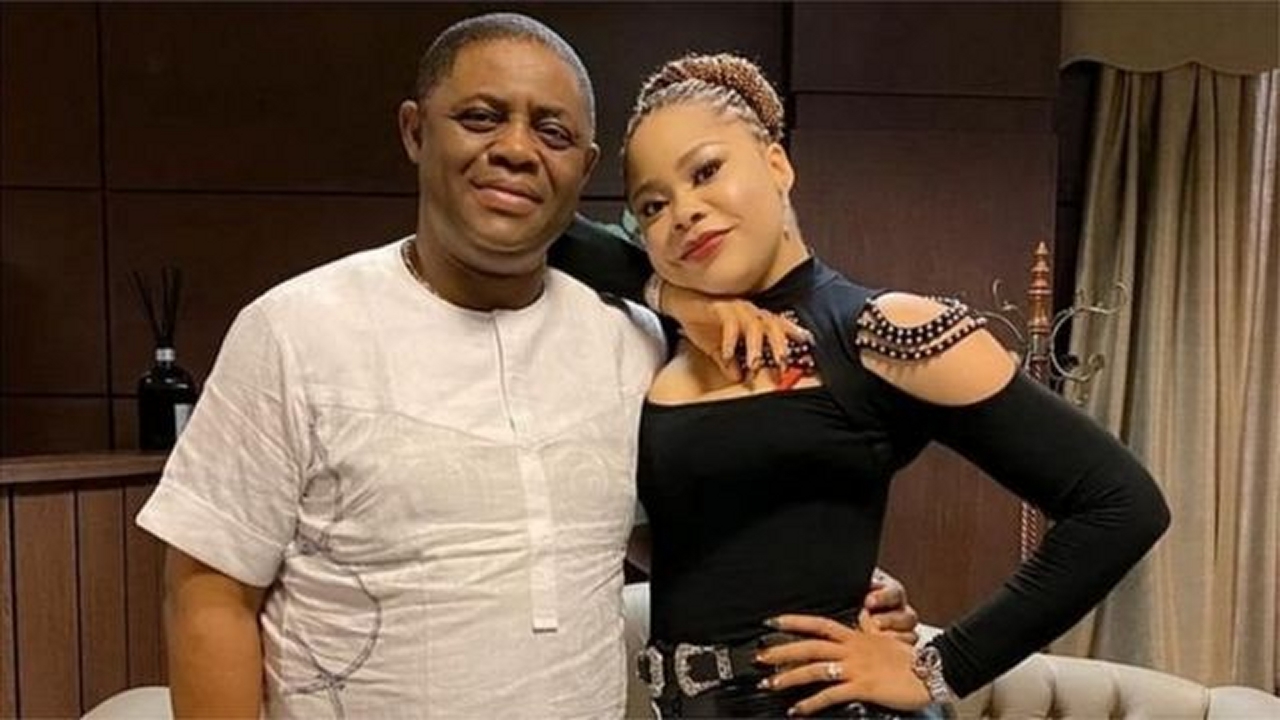 The Nigerian police on Monday arraigned Precious Chikwendu, on a charge of attempted murder of her former husband, Femi Fani-Kayode.

She was arraigned before Inyang Ekwo of the Federal High Court in Abuja.

In the case marked, FHCABJ/CR/1/2022 filed by the Commissioner of Police against Ms Chikwendu and three others, the police accused her of attempting to stab Mr Fani-Kayode with a kitchen knife on November 24, 2018, at Asokoro, Abuja.

Others arraigned alongside Ms Chikwendu include Emmanuel Anakan, Prisca Chikwendu and Osakwe Azubuike as 1st, 3rd and 4th defendants respectively, while other are said to be at large.

In the 13-count charge dated and filed on January 7, the defendants were also alleged to have committed offences bordering on cybercrime, intimidation to kill Mr Fani-Kayode by use of Internet, threat to kill one Lauretta in order to cause her to leave her relationship with Mr Fani-Kayode.

They were alleged to have criminally used the internet to send abusive messages with intent to bully, defame and harass her ex-husband.

They were also alleged to have fabricated false evidence by deposing to series of affidavits that Mr Fani-Kayode physically and sexually assaulted members of his domestic staff in inhuman conduct by causing same to be electronically published in a national daily.

Ms Chikwendu was also alleged to have, through her Facebook page, referred to Mr Fani-Kayode as “Mr Short Fuse”.

She was also alleged to have published a false imputation against the ex-minister “by referring to him as a person who is sexually incapacitated and that he is not the biological father of the four children she had for him as a wife.”

The defendants, however, pleaded not guilty to all the counts, which are said to be punishable under Section 392 of the Penal Code, among others.

The prosecuting counsel, John Ijagbemi, who prayed the court for a date to commence trial. said seven witnesses would testify in the matter.

He said apart from the documentary evidence that would be tendered, electronic evidence had also been compiled to prosecute the suspects.

Ms Chikwendu’s lawyer, Alex Ejesieme, a Senior Advocate of Nigeria, urged the court to grant the defendants bail based on the earlier administrative bail granted them by the police.

He ordered the defendants to continue on the terms of administrative bail earlier granted them.

He directed the prosecution to submit all particulars of the defendants to the court registrar.

In an interview shortly after the sitting, Mr Ijagbemi said the complainant would amend the charge to include an attempt by Chikwendu to kill the four children she had for the ex-minister.

However, efforts to talk to Mr Ejesieme, lawyer to the ex-wife, was unsuccessful as he refused to grant interview.

The ex-wife’s arraignment in an alleged defamation of character suit filed against her by former Senator, Grace Bent, on January 24, before Obiora Egwuatu of Federal High Court was stalled due to her absence from court.

Neither Ms Chikwendu, an ex-beauty queen, nor his lawyer was in court. The judge fixed March 10 for her arraignment in the case.

She and Mr Fani-Kayode have been locked in a messy custody battle over their children.

In December she accused him of violating a court order granting her access to the children.