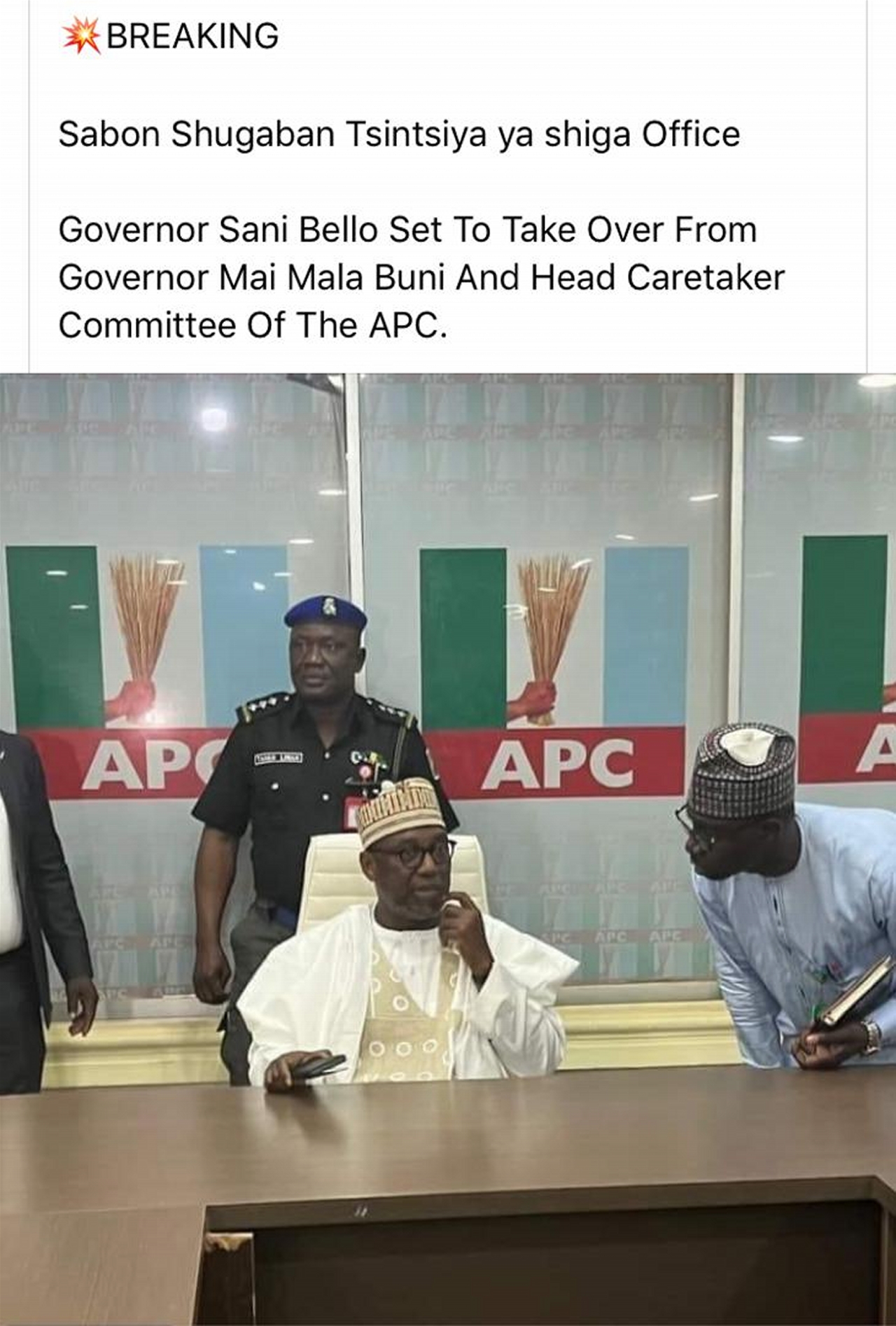 Men of the Nigeria Police Force took over the national secretariat of the rulling All Progressives Congress (APC) on Monday morning.

There had been reports that President Muhammadu Buhari has allegedly approved the removal of the Yobe State Governor, Mai Mala Buni, as the Chairman, Caretaker/Extraordinary Convention Planning Committee (CECPC), of the party and replaced him with his Niger State counterpart, Abubakar Sani Bello.

A faction of the APC governors was alleged to have complained bitterly to the president that Buni was not inclined to hold the convention as rescheduled, because there were no preparations on the ground to indicate so.

But, the National Secretary of the party, Sen. John Akpanudoedehe has denied any leadership change at the Buhari House.

Akpanudoedehe, in a hurriedly signed statement issued on Monday, described the media report about leadership change as fake news and should be disregarded.