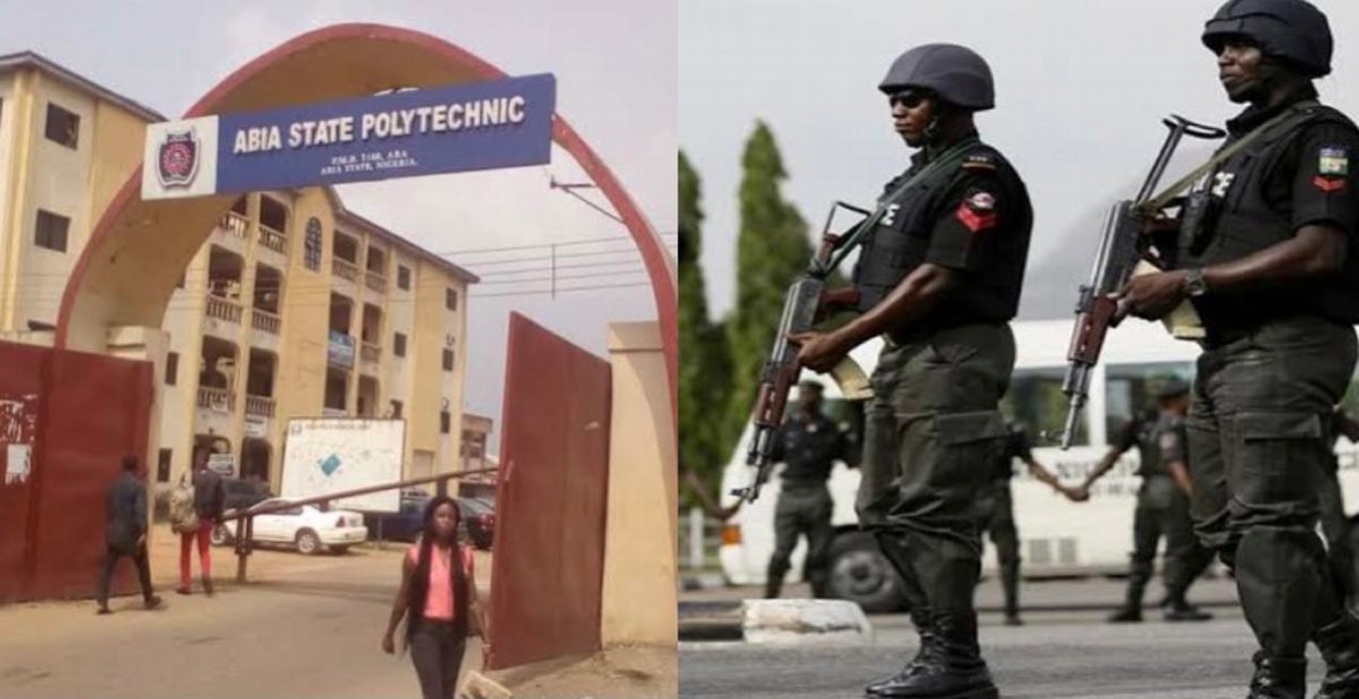 The incident had on Thursday caused heavy protest in the student community. The students demanded justice for their violated colleague.
also led to heavy traffic gridlock along Aba/Owerri Aba.

In a press release signed by the PPRO of the command, SP Geoffrey Ogbonna, CP Agbede expressed regret over the disgraceful act allegedly committed by CPL Nwachukwu Chinedu.

According to the statement, after visiting the victim in the hospital and obtaining information from her, an investigation was launched which led to the arrest of the suspect.

“After hearing from the victim, a serious investigation started through which the police man, Cpl. Nwachukwu Chinedu that committed the barbaric act was arrested but not attached to Rapid Response Squad Aba (RRS) as alleged by the protesters” she said.

The CP while appealing to the Polytechnic community and the public to exercise patience assures that investigation will be fast-tracked and made public, assuring that justice will be done.

“The Commissioner of Police therefore, appeal to Abia Polytechnic community and the general public to exercise patience and wait for the outcome of Police investigation which is ongoing and would be fast-tracked and made public to ensure justice and actually the law will take its course.”

Earlier, the state government had in a press release assured that it will do anything to ensure that the rape victim gets justice.