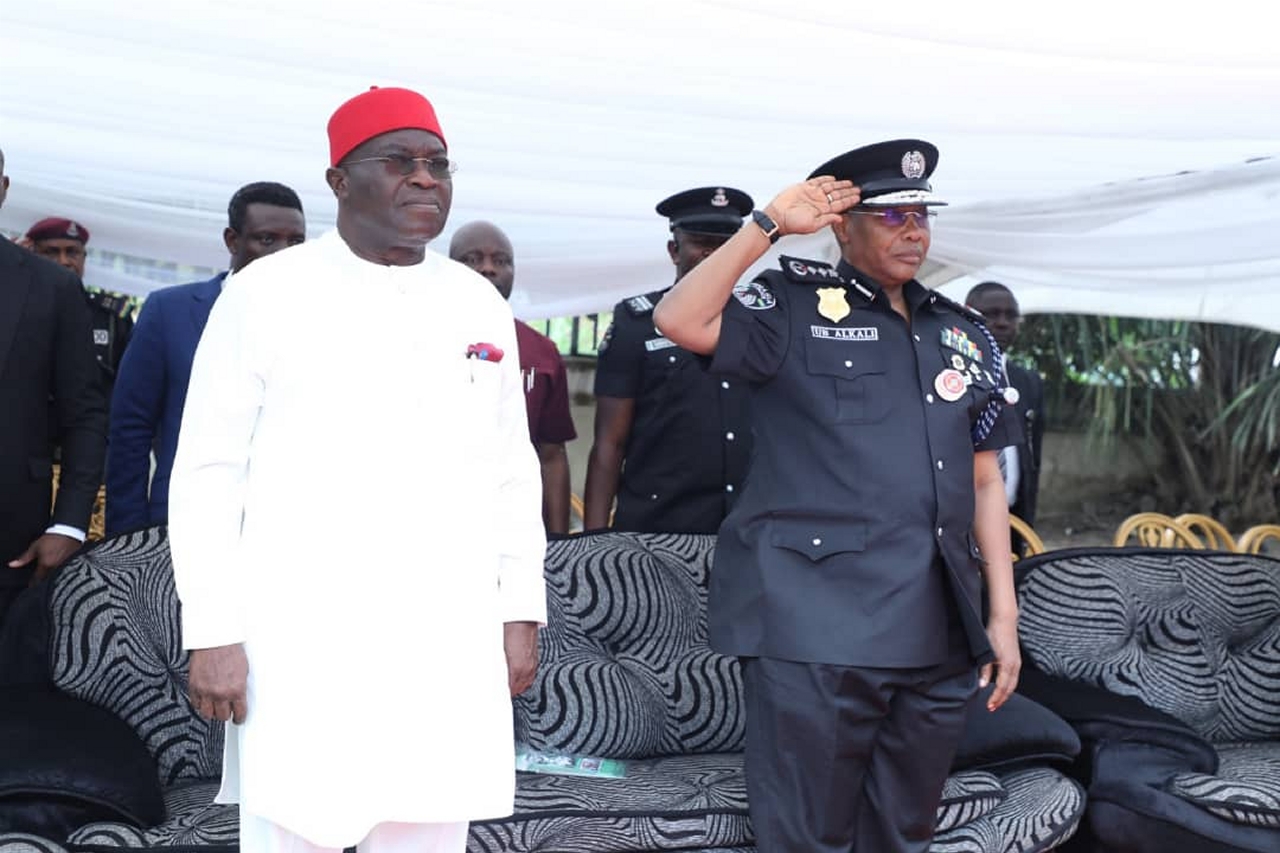 According to a statement released by the Chief Press Secretary to the Governor, Sir Onyebuchi Ememanka, the building is located at Eastern Ngwa,
Umuobiakwa, Obingwa Local Governnent Area of the state. It was built by the Abia State Government.

Speaking at the Ceremony, the Governor of Abia State , Dr Okezie Ikpeazu said that his administration is giving top priority to security of lives and property. He said security is the bedrock of sustainable development. He also stated that criminals will no longer find any hiding place in the State.

Governor Ikpeazu hailed the Service Commanders of the various security services in the State for their cooperation and hardwork.

Governor Ikpeazu also commended officers and men of the Nigerian police for their selfless service and charged the Inspector General of Police to continue to encourage them for optimal performance.

The Inspector General of Police, Alkali Baba Usman described the station as being up to International standard. He noted that the building has 24 hours electricity supply.

IGP Usman noted that Governor Okezie Ikpeazu has through the facility brought motivation and encouragement to the Nigerian police and promised that his men will justify the gesture with improved performance.

He said that the Governor has through the gesture entered the “Guinness Record Book” as the Police most friendly Governor”.

In their goodwill messages, the Chairman, Obingwa LGA Mrs Uloma Nwogu, the Chairman, Abia State Council of Traditional Rulers, Eze Joseph Nwabeke and Chief Ike Onyenweaku congratulated the Governor on his developmental projects across the state including the security of lives and property of the citizenry and expressed optimism that he would do more in the Senate come 2023.

Governor Okezie Ikpeazu had earlier handed over the newly built DPO Quarters, Umuobiakwa to the IGP. The event was witnessed by the AIG Zone 9 Umuahia, Isaac Akinmoyede and State Commissioner of Police, Mr Muhammad Bala. The IGP later commissioned the newly completed one storey edifice for the Ubakala Divisional Police Headquarters Umuahia and the Special Protection Unit Building at Zone 9 Headquarters Umuahia witnessed by other Service Commanders, the Secretary to Government, Barrister Chris Ezem, Chief of Staff to the Governor, Chief Okey Ahiwe amongst others.