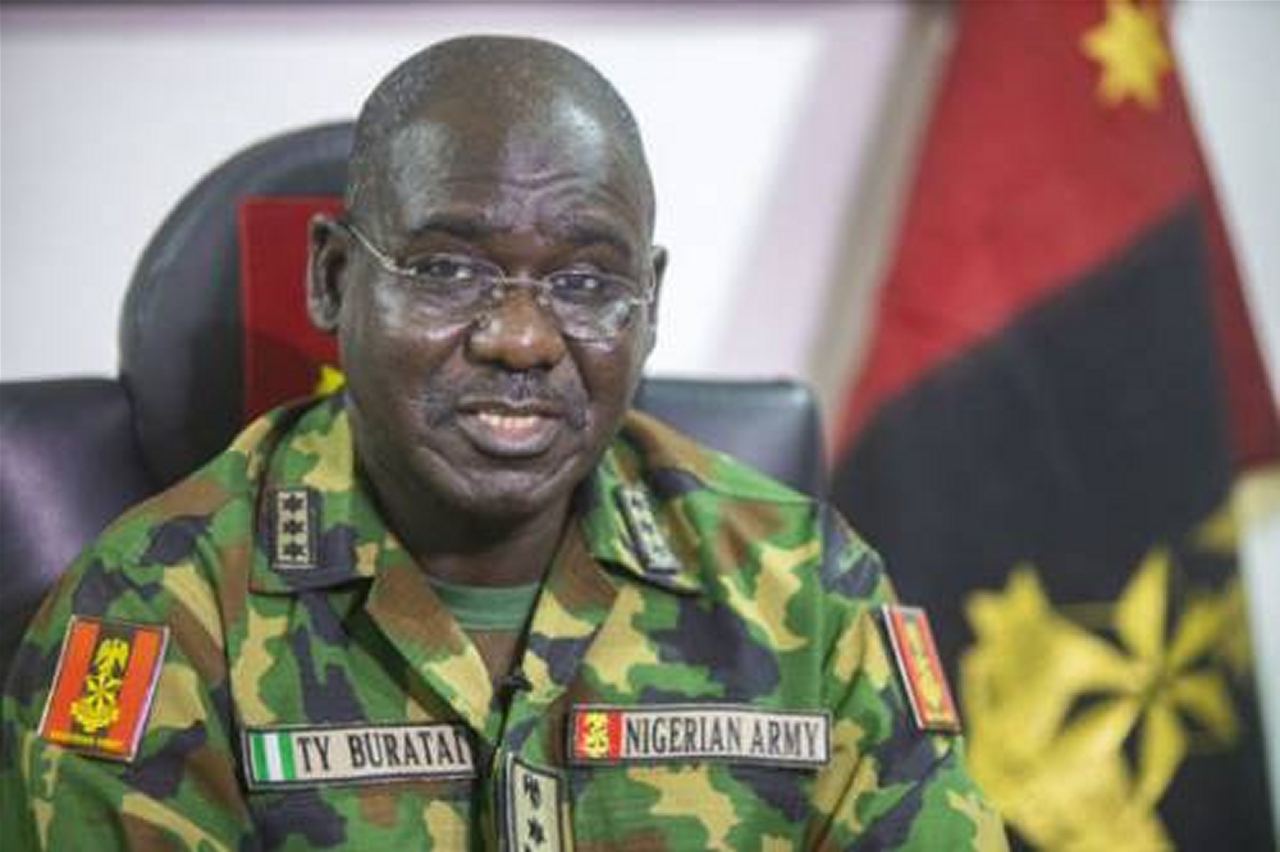 The Nigerian Ambassador to the Benin Republic, Lt. Gen. Tukur Buratai (retd.), is said to be in the forefront of the desperate efforts by the Muhammadu Buhari regime to get Yoruba nation activist, Sunday Adeyemo, aka Igboho, extradited to Nigeria.

SaharaReporters was told that Buratai, who was appointed Nigerian envoy to Benin in June 2021, was also instrumental to the arrest of Sunday Igboho.

A top security source in the Benin Republic revealed that Buratai had secretly written a letter to the Beninese security agencies to arrest Igboho wherever they found him.

“At the moment, Buratai is leading other Nigerian officials and lawyers together with the Interpol to ensure that Igboho is returned to Nigeria as soon as possible. He wants to make that his first success,” a source noted.

“Buratai since the declaration by the Department of State Services sent a secret letter to the Beninese government to be on the lookout for Igboho. There were feelers that Igboho was in the small West African country and some of Igboho’s associates also gave him away,” the source added.

Buratai’s memo was behind the arrest of Igboho and his wife, Ropo, at the Cadjèhoun Airport in Cotonou, the largest city in the French-speaking country.

Recall that three weeks ago, the Department of State Services declared Igboho wanted for allegedly stockpiling arms, an allegation he had since denied.

Before then, the DSS on July 1, 2021 raided his house at Soka area of Ibadan, killing two of his aides and arresting 12 others.

Later that day, the DSS spokesman, Peter Afunanya, at a press briefing in Abuja, paraded Igboho’s associates and detained them thereafter, denying them access to their lawyers and not charging them to court.

The DSS also paraded some passports, AK-47 rifles, rounds of ammunition, African bulletproof vests, among others as exhibits. The secret police claimed that the items were recovered from Igboho’s house during the bloody raid.

Meanwhile, the activist’s lawyers have reached out to the Benin Republic government to halt his extradition.

It was gathered on Tuesday that the legal team in Benin met with some senior officials in the Francophone country to thwart moves by the Federal Government to repatriate Igboho.

Speaking on the circumstances of Igboho’s arrest and moves by the FG to repatriate him to Nigeria, one of the activist’s lawyers, Pelumi Olajengbesi, explained that the legal team representing the activist had said they would do all that was necessary to prevent their client’s extradition.

Speaking with Punch, he said, “The lawyers we engaged in Benin have met with some officials of the country to prevent the extradition.

“Igboho’s lawyers in Benin have already reached out to senior officials in Benin to ensure that he is not brought back to Nigeria. They (legal team) have assured us that they are doing all that is necessary to keep him in Benin.

“The Federal Government or Benin Republic won’t be able to circumvent the law to bring him to Nigeria. He is currently a prisoner of conscience in Benin Republic and the entire world is watching how the Benin government would manage the matter.”