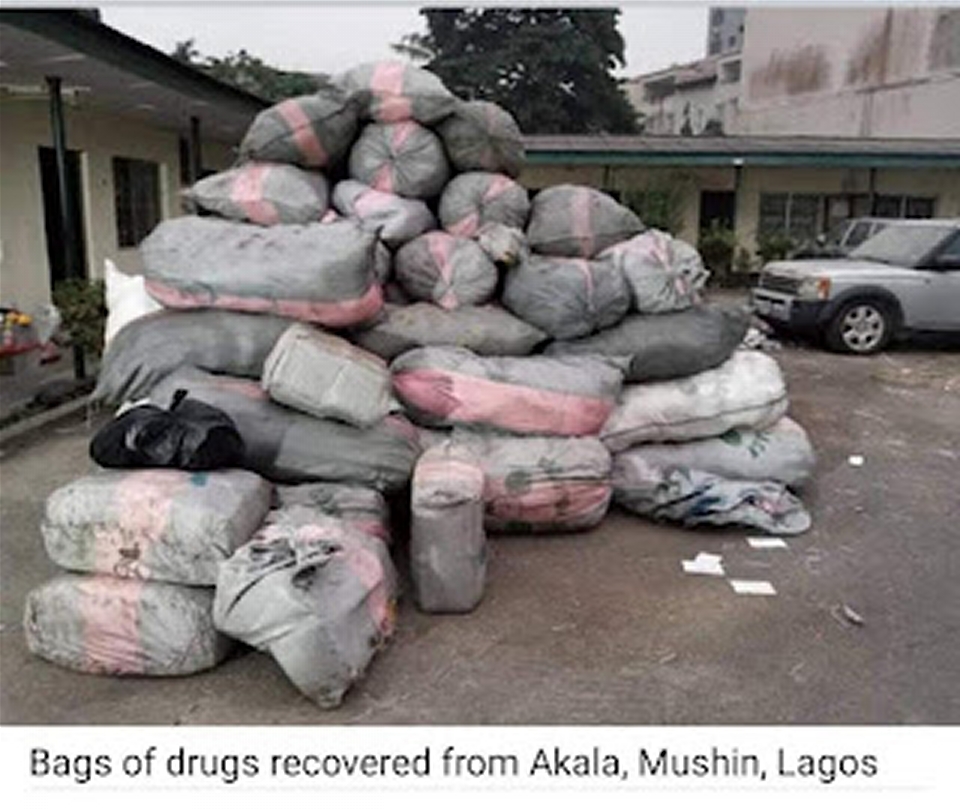 14,080kg of codeine syrup and 4,352.43kg of cold caps used to conceal the drugs in a 40-foot container imported from India were intercepted on February 2 at the Apapa port.

The incident was confirmed on Sunday by the NDLEA Director of Media and Advocacy, Femi Babafemi who attributed the successes recorded in the two operations in Lagos State to intelligence from foreign partners and cooperation of other port stakeholders.

According to him “At Akala, NDLEA Strike Force, operatives in their numbers with support from the military stormed fortified warehouses in the drug den and evacuated bags and bottles of cannabis, loud, skunk, skuchies and methamphetamine as well as 17 suspects for further investigation.”

In a related development, the arrest of a female drug kingpin, Jemilat Seriki, who is one of the owners of 12,385 pellets of loud imported from Ghana and intercepted at the Eko Atlantic Beach, Victoria Island, Lagos, on Saturday, November 27, 2021, was also effected.

The NDLEA spokesperson stated that “Seriki, aka Iya Ilorin, admitted to being one of the owners of the consignments seized, adding that her bags of drugs had ‘Jah Bless’ written on them. When eventually identified and sorted, she had 16 bags with the inscription containing drugs weighing 668.85kg.