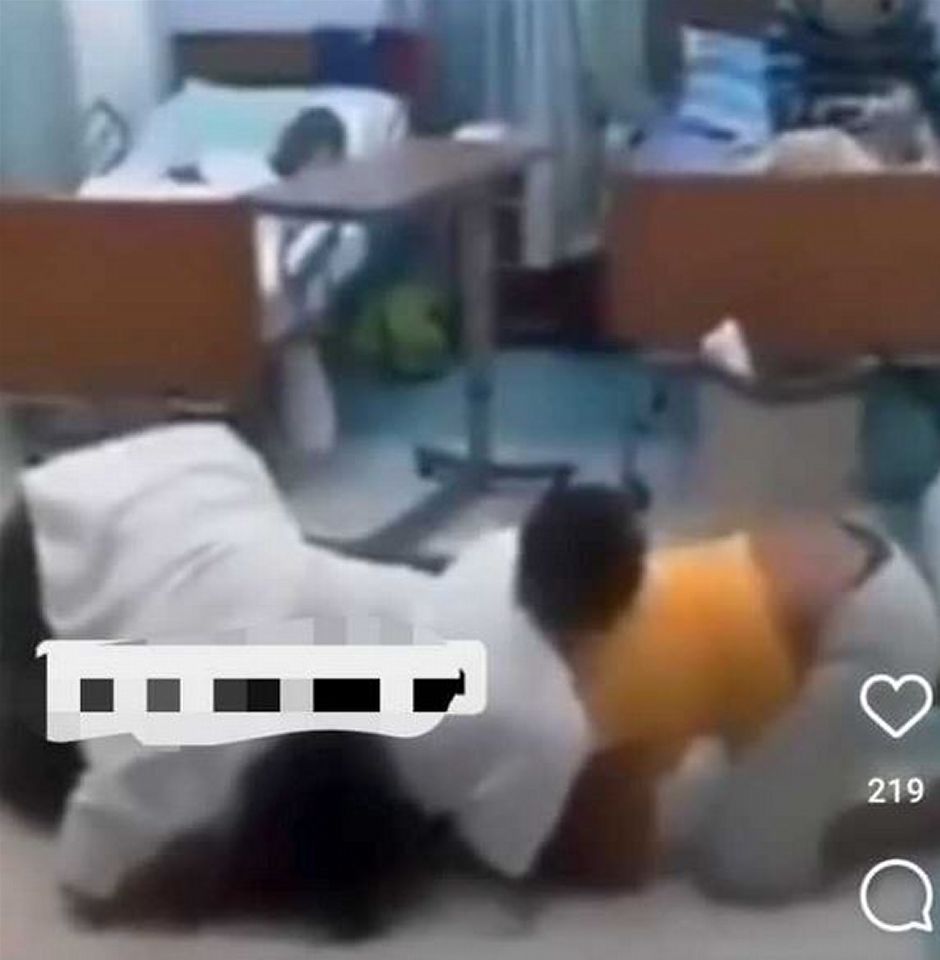 A married lady wrestled the side chick to the ground while the sick man tried to separate both women.

A video captured the moment a woman and her husband’s side chick were engaged in a fight after they met at the hospital where the man is being treated for an undisclosed ailment.

According to GHBase, the man had been admitted to the hospital, and his wife had paid him a visit when the side chick, ignorant that the wife was still in the hospital, decided to pay him a visit.

After realizing she was the side chick, the married lady engaged her in a nasty brawl soon after she entered.

The married lady had wrestled the side lover to the ground while the sick man could be seen trying to separate both women.