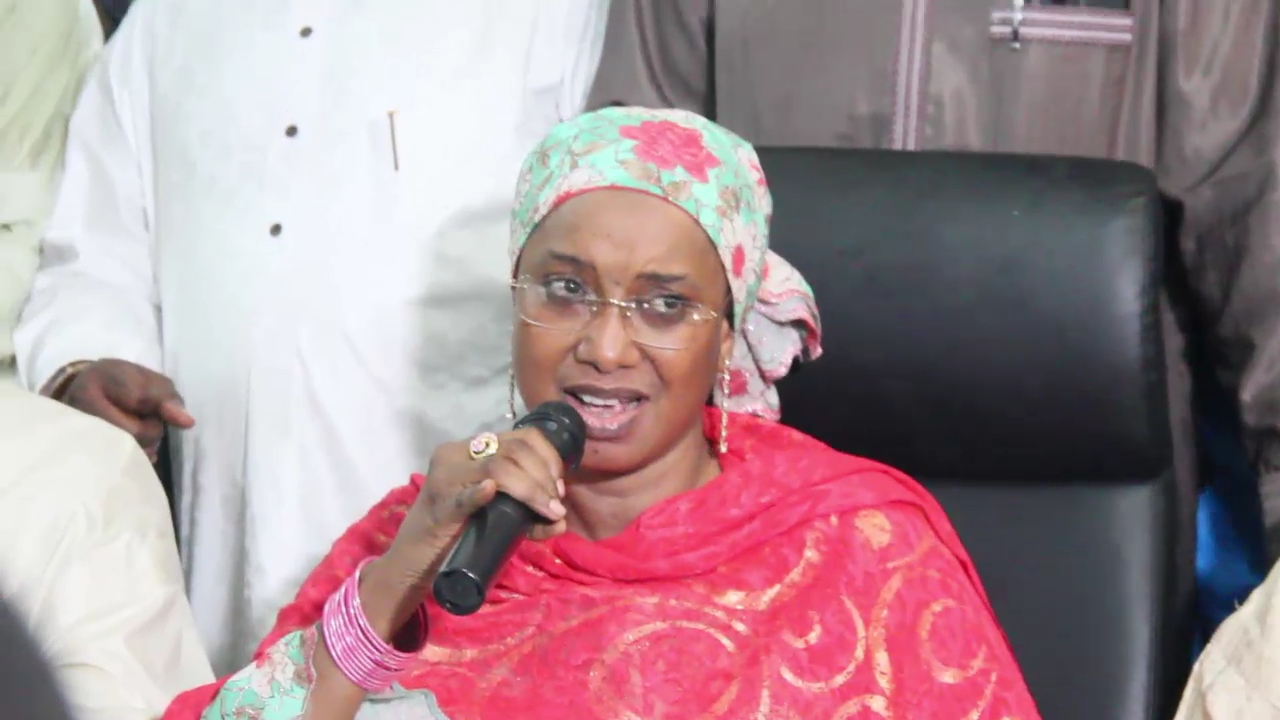 The Gubernatorial candidate of All Progressives Congress (APC) in Adamawa State Sen. Aisha Dahiru Ahmed Binani has restated his commitment to the party despite happenings before Court of Appeal reinstated her mandate.

On arrival at the Yola International Airport Saturday from Abuja, the Governorship candidate in a motorcade drove to the secretariat of the party in Jimeta.

Sen. Binani restated her commitment at the State party Headquarters in Jimeta, when she paid a visit to leadership of the party to expressed appreciation to the all those that stood with when the Federal high Court voided her election.

The Governorship candidate dedicated her victory at the Court of Appeal to God Almighty, maintain that the victory is for all Nigerian women, democracy and Adamawa state.

She then extended the hands of fellowship to Mallam Nuhu Ribadu, Muhammadu Bindow Umaru Jibrilla, Abdulrazak Sa’ad Namdas, and Wafari Theman, urging them join hands together and work together to ensure the victory of APC in Adamawa state.

Sen. Binani then reminded the State Acting Chairman, members of State Working Committee and Executives of APC in Adamawa state on the oath of office they have took to work for APC alone.

Responding, state Acting Chairman of the party Samaila Thadawus assured that the party at the state level will work for the victory of Sen. Binani and called for unity among the party members, noted that no success will be achieve in an atmosphere of disarray.

Others who spoke at the event include Senator Ahmed Hassan Barata, Ibrahim Bilal, Senator Abdulaziz Nyako Senator Ishaku Abbo among others.