LASG Arrests Developer Of Collapsed Building.Site Had Been Sealed-Off Twice In 2021 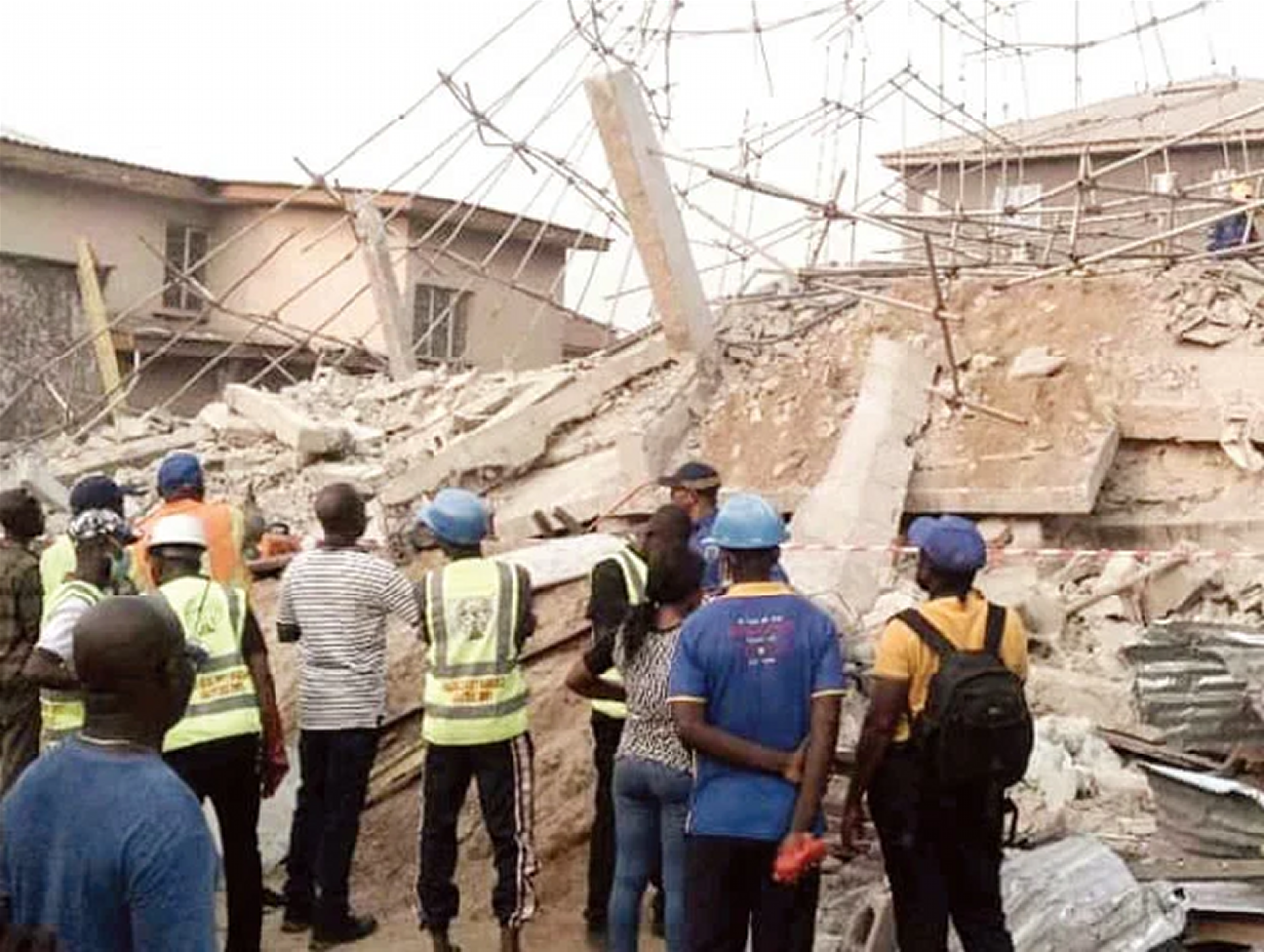 The government of Lagos State, Nigeria’s commercial capital has arrested the developer of a collapsed building at No. 16 Akanbi Crescent, Onike, Yaba for breaking the government seal on the property and violating the stop-work order.

Three persons were confirmed dead and four others were said to be trapped under the ruins on Saturday after the building collapsed.

Speaking to journalists at the scene, an officer of the Lagos State Building Control Agency said that the agency had on two occasions told the builders to stop work.

The state’s Commissioner for Physical Planning and Urban Development, Dr. Idris Salako, in a statement confirmed the arrest.

The crash occurred around 3.30pm on Saturday. The building was under construction and at three floors before it collapsed.

State officials said that preliminary findings indicated that the site had been sealed-off twice LABSCA in 2021 for non-compliance with Building Regulations after which the site was abandoned.

However, the developer later broke Government Seal, sneaked into the site and re-commenced construction without official authorisation.