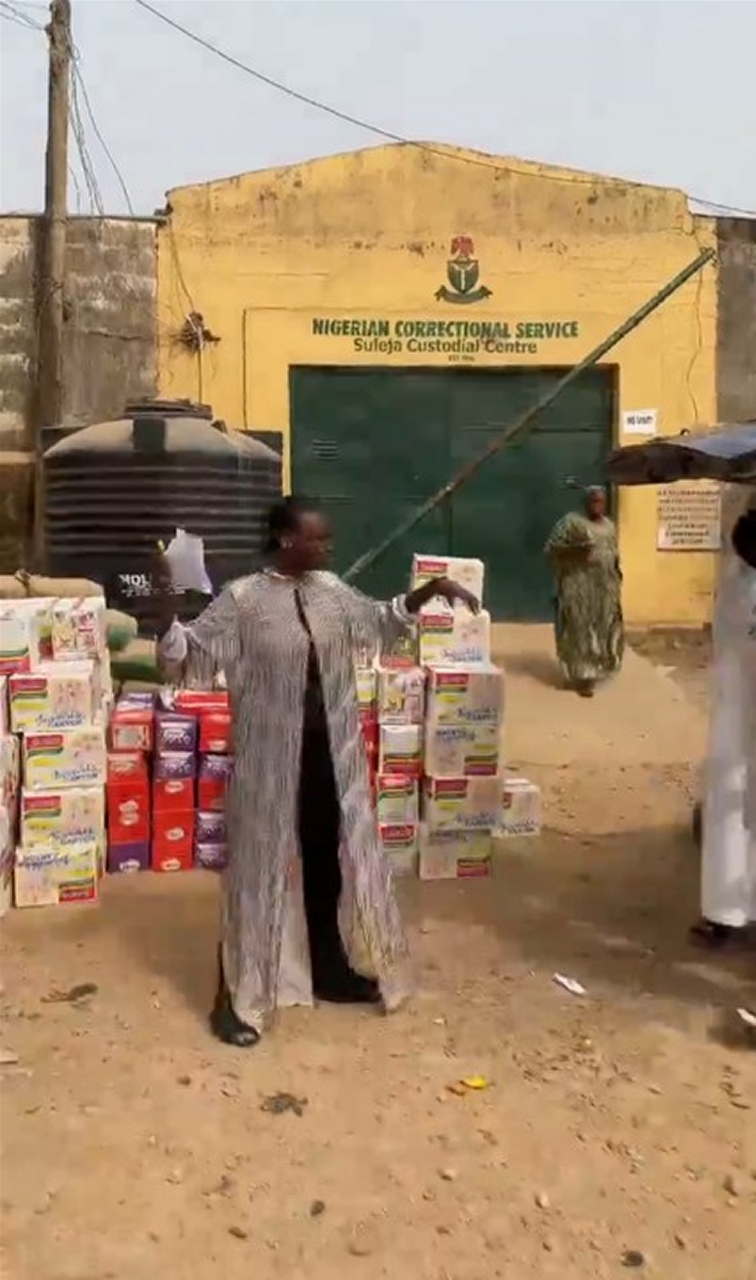 In an Instagram post on Friday, the businesswoman uploaded a video of people dropping cartons of noodles, rice and other food items in front of the prison.

Jaruma also promised to make monthly donations to the inmates until her death.

She also called on the public to join her in making donations to the prisoners.

Speaking further, Jaruma threatened to abuse anyone who attacks her.

“Please don’t abuse Jaruma because if you abuse Jaruma, I swear to God Almighty I’ll abuse you back,” she said.