"I Strangled Her With Her Hijab And Slaughtered Her" - Kidnapper (Photos) 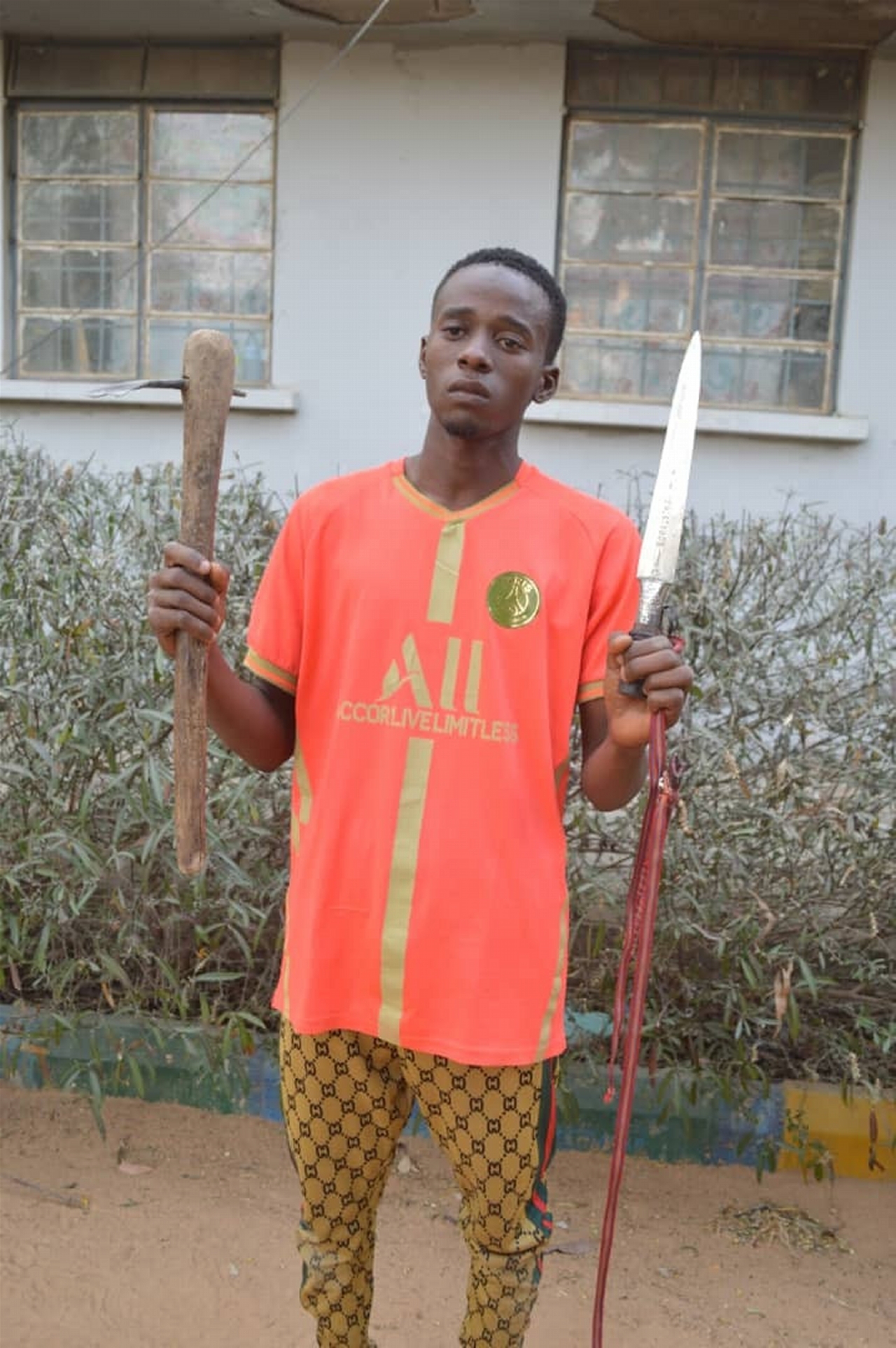 “I Strangled Her With Her Hijab And Slaughtered Her” – Kidnapper (Photos)

Reports from Kano state in Northwest Nigeria says a 21-year-old kidnapper, Auwal Abdulrasheed is under arrest.

He has narrated how he abducted and killed a 13-year-old female hawker and demanded N1m ransom from her family after burying her body in a shallow grave.

Spokesman of the Kano police command, DSP Abdullahi Haruna Kiyawa confirmed the development in a statement on Tuesday, January 11, 2022. He said the suspect was arrested on January 9.

The police spokesman said that on July 21, 2021, the case of a missing 13-year- old girl named Zuwaira was reported to the police.

“On the 21/06/2021 at about 1000hrs, a report was received from a resident of Tofa Town, Tofa LGA, Kano State that his daughter, Zuwaira, ‘f’, 13 years old, was kidnapped and a ransom of One Million Naira (N1,000,000.00) was demanded and later settled at Four Hundred Thousand Naira (N400,000.00). While negotiating for the ransom, the body of the victim was discovered in an uncompleted building, slaughtered and buried in a shallow grave,” the statement reads.

“On receipt of the ugly report, scene was visited, the body was exhumed, examined and confirmed dead by a Medical Doctor and released to the relatives for burial according to Islamic rites.

“On preliminary investigation, the suspect confessed that, he singlehandedly kidnapped the victim, deceived and took her to an uncompleted building located at Tofa Town, Tofa LGA, Kano State, where he strangled her with her Hijab used knife to slaughtered her throat and buried her in a shallow grave, and then demanded a ransom of One Million Naira (N1,000,000.00) and later settled at Four Hundred Thousand Naira (N400,000.00)”

The spokesperson revealed that the suspect will soon be charged to court for prosecution.