FORGET ETHNICITY, FORGET RELIGION. WE THE PEOPLE ARE THE PROBLEM OF NIGERIA, SAYS PRESIDENT BUHARI 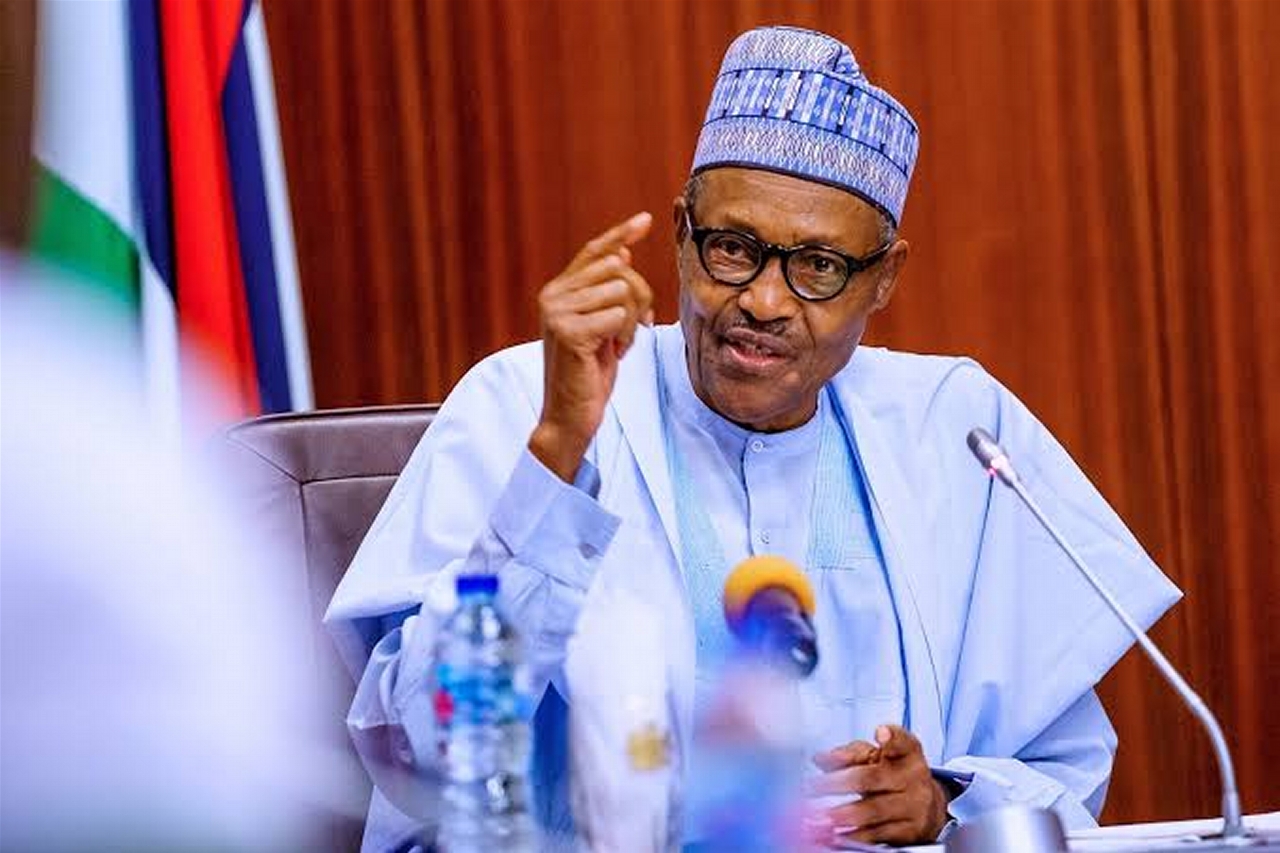 President Muhammadu Buhari has reflected on the complexities of the Nigerian condition, concluding that neither ethnicity nor religion was to blame, “but we ourselves,” for inherent injustices.

The President spoke recently while receiving members of the Muhammadu Buhari/Osinbajo (MBO) Dynamic Support Group, who visited State House, Abuja, to present a compendium of five years achievements of the administration.

President Buhari went into the trajectory of his struggles to get justice at the courts, after disputed results of presidential elections in 2003, 2007, and 2011, submitting that people who ruled against him were of his own ethnic stock and religious persuasion, while those who stood up for him were of other faiths and ethnicity.

“Our problem is not ethnicity or religion, it is ourselves,” the President submitted.

“After my third appearance in the Supreme Court, I came out to speak to those who were present then. I told them that from 2003, I’d spent 30 months in court.

“The President of the Court of Appeal, the first port of call for representation by presidential candidates then, was my classmate in secondary school in Katsina. We spent six years in the same class, Justice Umaru Abdullahi.

“My legal head was Chief Mike Ahamba, a Roman Catholic and an Ibo man. When the President of the court decided that we should present our case, my first witness was in the box.

“Ahamba insisted that a letter should be sent to the Independent National Electoral Commission (INEC), to present the register of constituencies in some of the States, to prove that what they announced was falsehood. It was documented.

“When they gave judgment, another Ibo man, the late Justice Nsofor, asked for the reaction from INEC to the letter sent to them. They just dismissed it. He then decided to write a minority judgment. That was after 27 months in court.

“We went to the Supreme Court. Who was Chief Justice of Nigeria (CJN)? A Hausa-Fulani like me, from Zaria. The members of the panel went in for about 30 minutes, came back to say they were proceeding on break. They went for 3 months. When they came back, it didn’t take them 15 minutes, they dismissed us.

“Again in 2011, because I was so persistent, Musdafa, a Fulani man like me, from Jigawa, neighbor to my state, was CJN. He dismissed my case.

“I’ve taken you round this to prove that our problem is not ethnicity or religion. It is ourselves.

“I refused to give up. I had tried to wear Agbada after what happened to me in Khaki. Something was done to me, because I did something to others. You know it. In the end, I myself was arrested, sent to detention, and they were given back what they had taken. I was there for three and a quarter years. This is Nigeria.

“I hope historians and intellectuals would document this, because it is a fantastic state of political development. Let our grandchildren and great grandchildren see how we came along. We didn’t get it as easy as other people think. Not because God has given us great population and resources. We have suffered along the line.

“I try to mention these things because you got yourselves together, used your resources, energies without any input from me. I cannot thank you enough. I’m very grateful to you and to Nigerians because in 2019, I visited all the states, the people that turned out to see me across the country (because I’m dedicated to serve Nigeria and Nigerians), the love is genuine.

“Thank God that over the years, they can’t accuse me of corruption. And I’ve been everything; Governor, Minister of Petroleum Resources, Head of State, President and in my second term. I thank you that nobody forced you, but you got together, used your energy, time and resources, I thank you very much. I assure you, history will do you justice.”

Special Adviser to the President