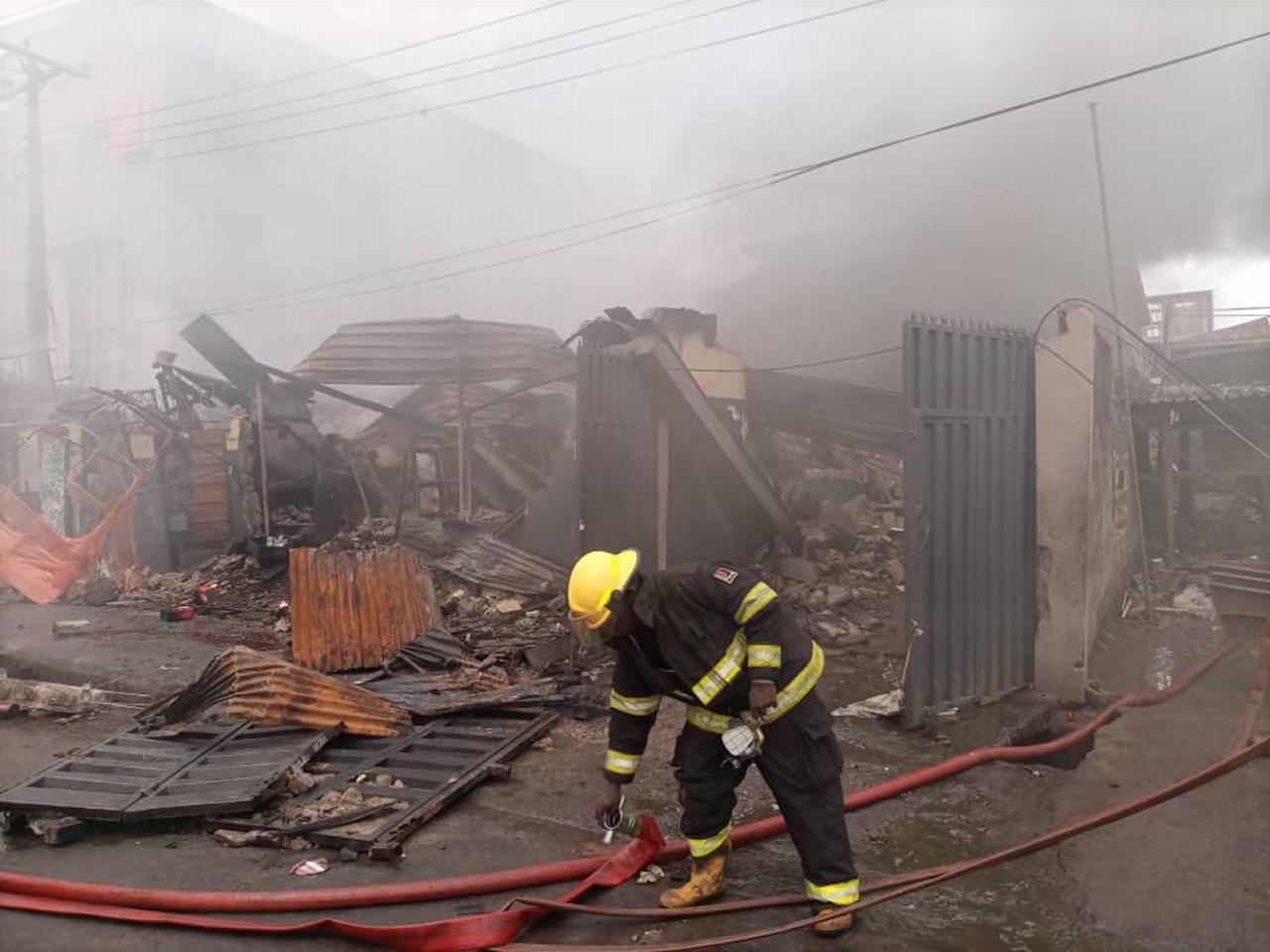 The Lagos State Fire and Rescue Service has averted a danger which could have culminated into disaster
at 137 Ladipo Road, off Fatai Atere Way, Mushin Lagos through a joint operations with other emergency responders in the State.

The Director of Lagos State Fire and Rescue Service, Mrs Adeseye Margaret made this known at the scene of the Fire outbreak through her deputy, Mr. Olajide Ogabi.

“The incident which was reported at about 0510 wee hours of today, Wednesday involved a storey building which serves as both residential and commercial purposes. The building which is a block of 4 flats of 3 bedroom each, also houses 3 adjoining shops used to stock different petro-chemical products”.

She further informed that the Fire which proved difficult in fighting due to the volatilityof the substances involved had to be tactically subdued by the Firemen and deployment of ultra modern equipment of compressed air foam system and a lot of chemical foam compound provided by the Lagos State Government.

“The human and material resources available to us enabled us to confined the Fire to its seat and stopped it from spreading to adjoining buildings including the nearby banks.

” The operations which ended successfully had no record of any casualty as no injury nor death recorded except for the wanton loss of property of the occupier of the sole structure involved in the Fire, she affirmed.”

Adeseye further stated that “while we await details report of what led to the Fire as it will be revealed by ongoing Fire cause investigation, I want to salute the support from the Nigerian Police, National Emergency Management Agency and United Bank for Africa in combating the incident.”