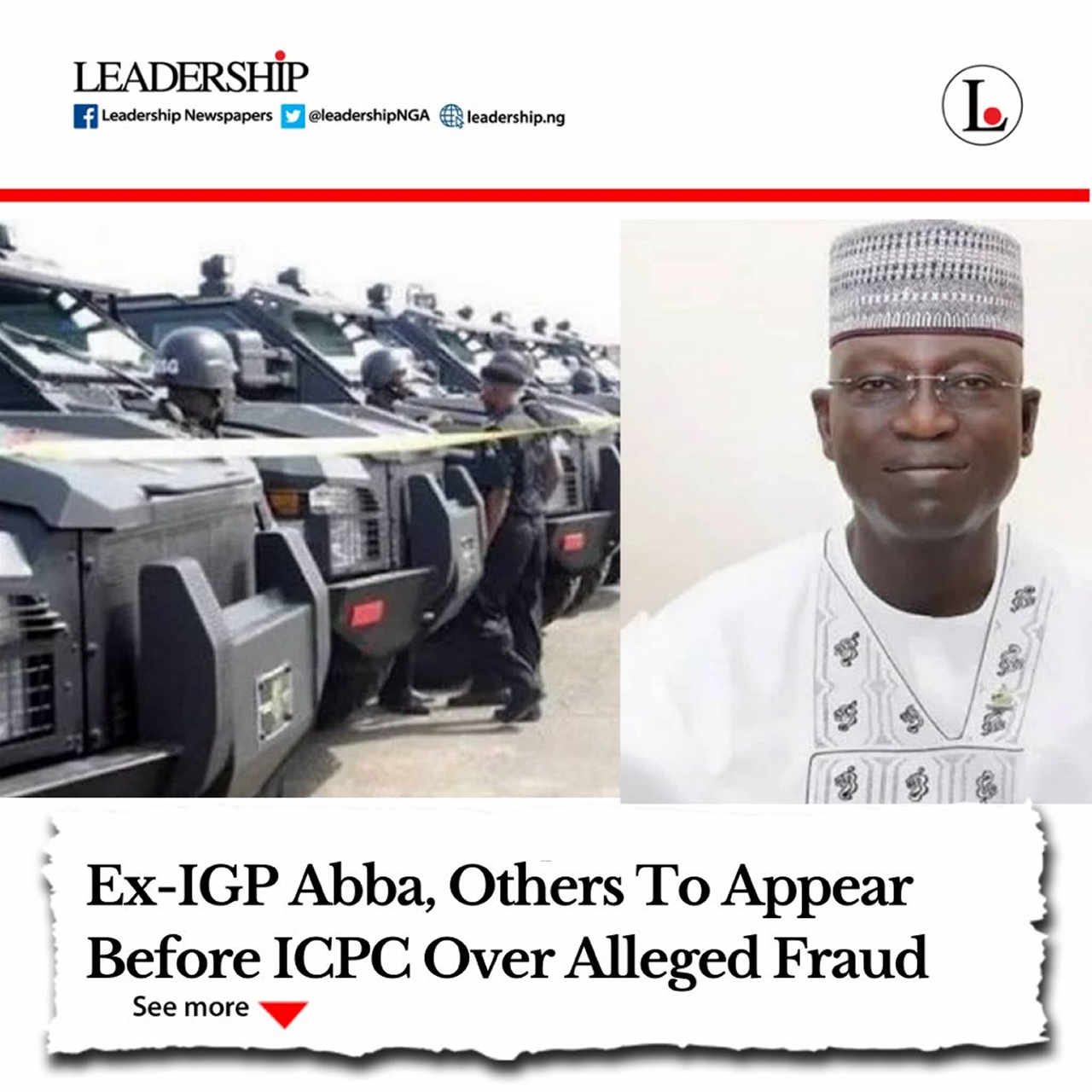 Former inspector-general of police, IGP Suleiman Abba, will report to the Independent Corrupt Practices and other related offense Commission (ICPC) on Thursday, over alleged financial violation of the Nigeria Police Trust Fund (NPTF).

Recall that the ICPC had invited Abba, who is the chairman of the Board of Trustees of NPTF and five others over fraudulent activities including alleged procurement of substandard equipment by the NPTF for the police.

According to the invitation letter dated September 6, 2021 and addressed to the executive secretary of the NPTF, Aliyu Sokoto, the former IGP will be grilled over the allegations on Thursday morning.

The letter titled, ‘Investigation Activities: Letter of Invitation Pursuant to Section 28(1(A-B) of ICPC Act 2000’ and signed by the director of operations of the ICPC, Akeem Lawal, stated that the anti-graft agency asked the former IGP and others to appear before it between Monday, September 13 and Thursday, September 16, 2021.

The letter also revealed that the invited NPTF officials will be investigated for alleged violation of the provisions of the ICPC Act No. 5 of 2020.

The ICPC had earlier commenced investigation into alleged procurement of substandard equipment by NPTF officials for the Nigeria Police Force.

It was discovered that some of the equipment the NPTF recently donated to the police were inferior.

It would be recalled that the NPTF had recently donated operational vehicles and other equipment worth N11 billion to the police for the training and retraining of police personnel.

Some of the said equipment included 640 bullet proof vests, 120 buffalo vans, and 190 ballistic helmets but the equipment were said to be substandard.