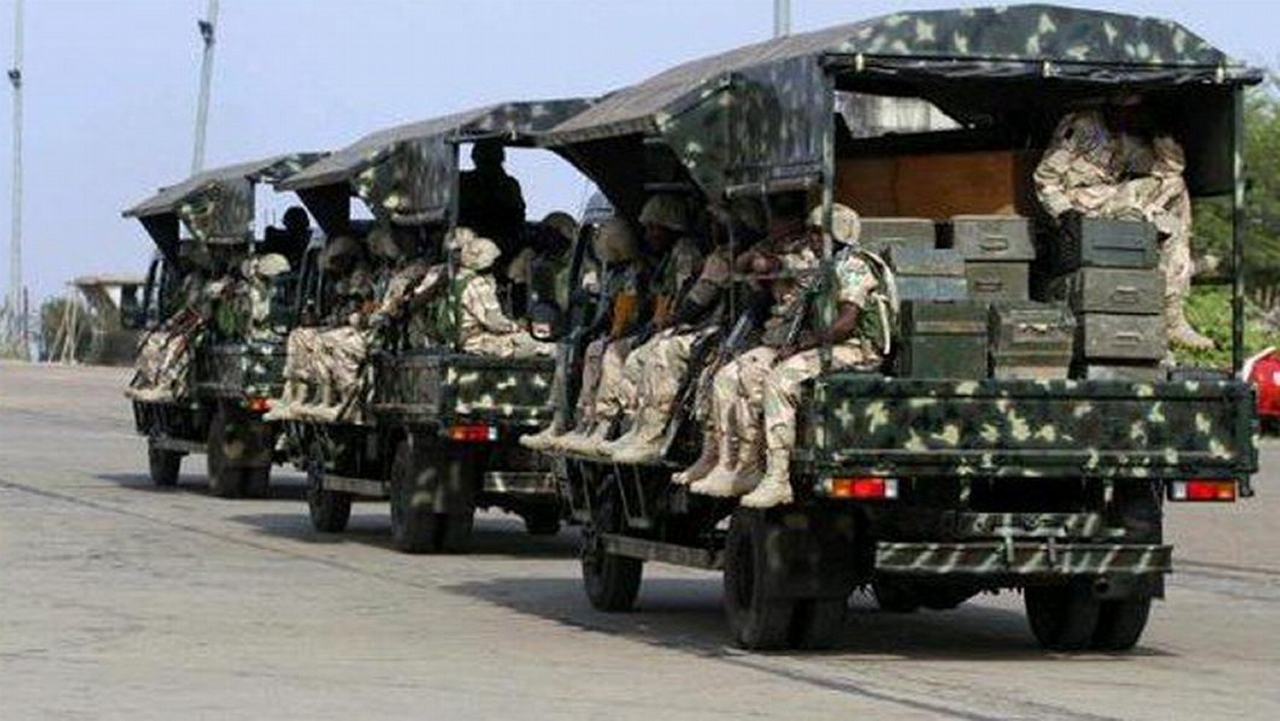 Boko Haram insurgents on Thursday ambushed a Nigerian Army convoy in Borno, killing at least 12 soldiers before carting away cash and weapons.

Military sources on the frontlines told Peoples Gazette that the insurgents attacked a convoy of armed soldiers travelling between Monguno and Maiduguri on Thursday morning.

The identities of the soldiers were not immediately obtained by The Gazette, and a spokesman for the Nigerian Army was unavailable for comments about the incident.

The Gazette saw the remains of two officers and 10 soldiers who lost their lives after the unexpected gun battle. The bodies were packed in pickup trucks bound for a medical centre in Maiduguri.

Several soldiers were wounded and received first aid near the scene of the attack, according to sources and pictures shared with The Gazette.

The insurgents also reportedly made away with three gun trucks and rifles seized from the soldiers, as well as millions of naira in cash.

The Gazette could not immediately confirm the actual amount. But it is not unusual for violent criminals to attack an armed military convoy and seize cash and weapons.