Man Found Hanging From A Tree In Lagos (video) 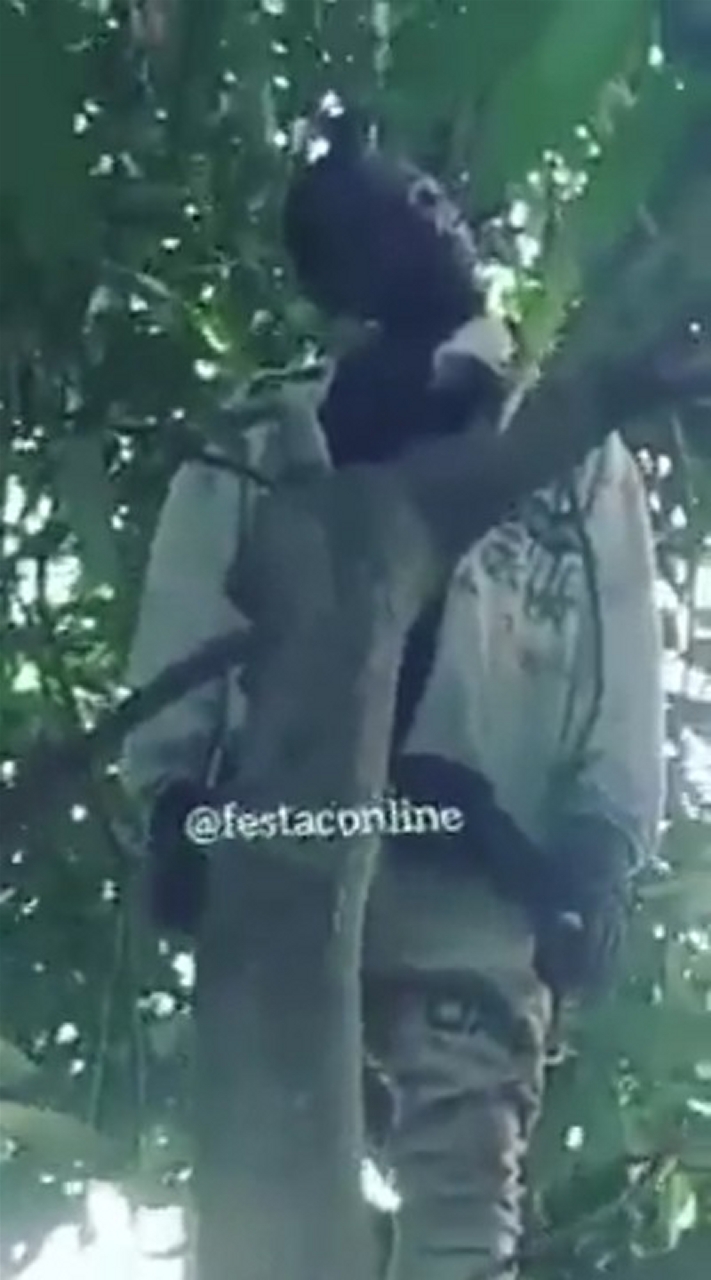 A man was found hanging from a tree in the early hours of Wednesday on 1st Avenue, Festac, Amuwo Odofin area of Lagos state.

The middle aged man was  identified simply as Michael.

The remains of the deceased was found opposite a popular hotel, where commercial sex workers hang out.

The remains had become bloated with liquid substance dripping from it. It was still hanging from a rope tied to a mango tree on Thursday morning till about 10am, when it was later taken away by the authorities.

A POS operator in the area said the body had been hanging there since Wednesday morning.

“The local government officials and the police didn’t consider the well being of residents in the area. That is why they abandoned the corpse for two days.

“When I came to my stand yesterday, I met many people at the scene with the man dangling from the tree.

But no one could confirm the actual time of death and nobody could remove the noose from the man’s neck for fear of the police.

“When I came today he was still hanging from the tree and his body had become swollen.”