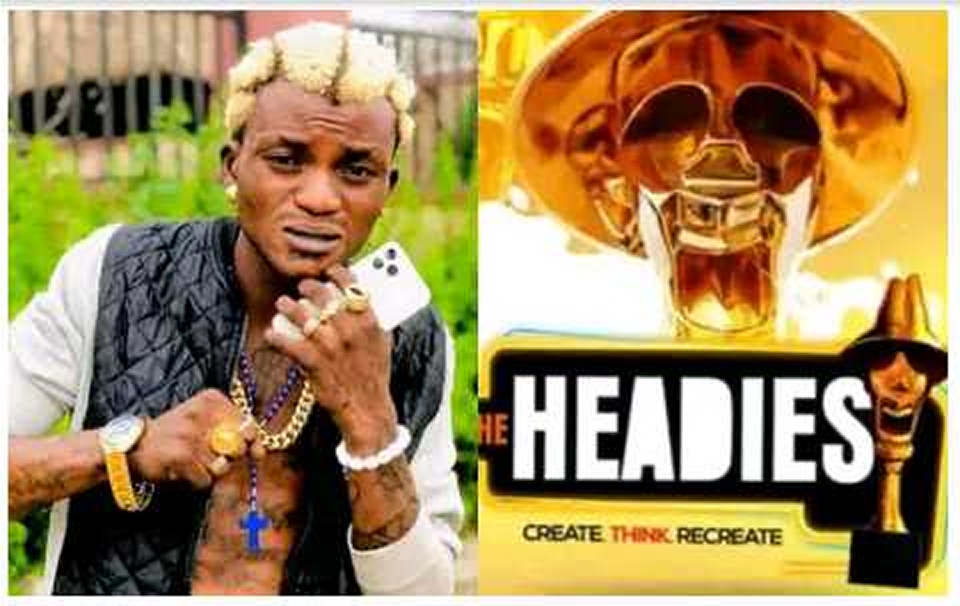 Organizers of the Headies Awards have reported singer Portable to police over death threat to co-nominees. They also threatened to disqualify him.

The fast-rising singer, Habeeb Okikiola, popularly known as Portable had allegedly threatened to kill his co-nominees.

The singer made a threat in a viral video that he would kill whoever beats him to the awards if he fails to win.

In the nomination list released on Tuesday, May 14, Portable bagged two nominations, the ‘Rookie of the Year’ and ‘Best Street-Hop Artiste.’

Other nominees in the ‘Rookie of the Year’ category are Av, Fave, Magixx, and Ugocci.

In the second category, he is up against Bella Shmurda, Mohbad, Naira Marley, and Goya Menor among others.

The Headies organizers in a statement issued on Friday, May 27, said it might be forced to disqualify the singer if he fails to retract his statement and issue an apology on his Instagram page.

The organizers also disclosed that they have reported the issue to the police.