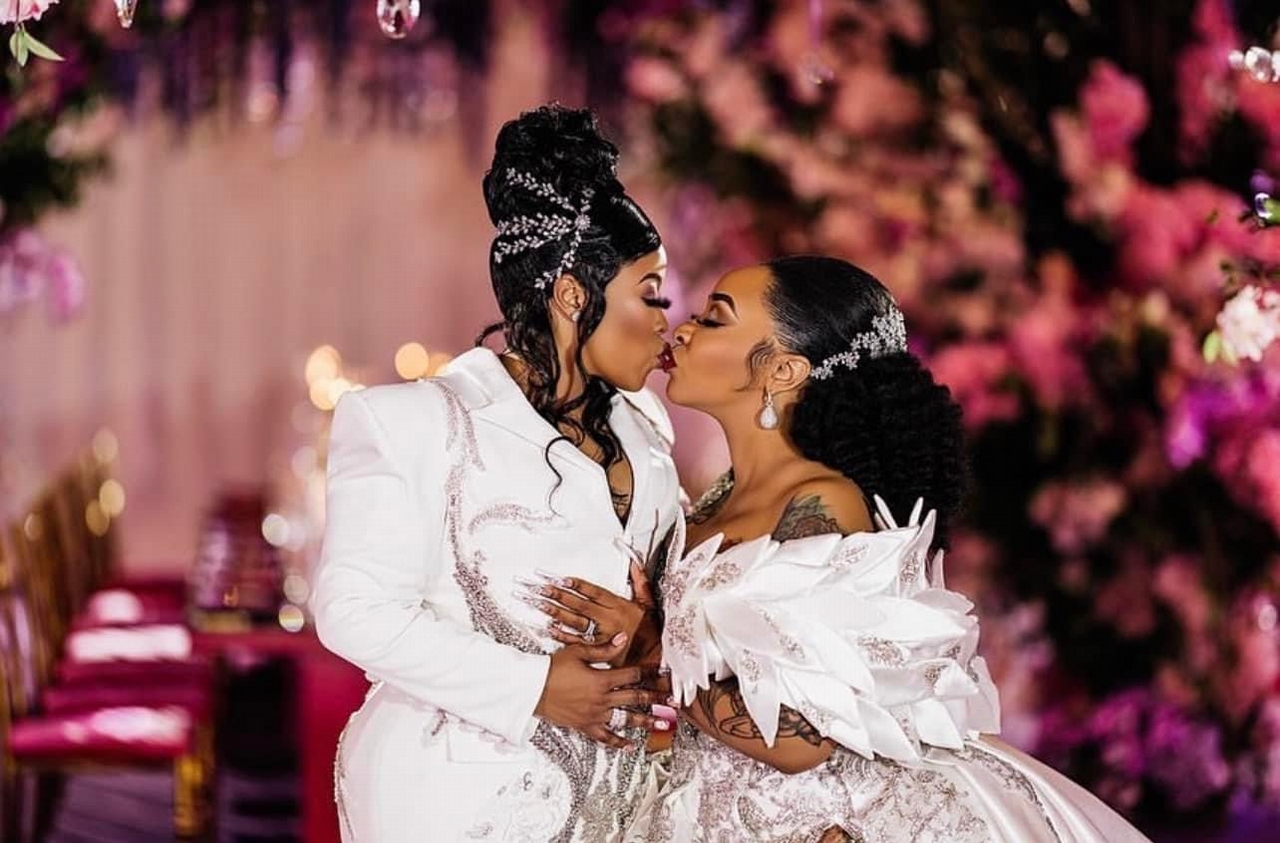 On Tuesday evening, the Brat Loves Judy costars tied the knot in a romantic ceremony held at the Horse Mansion in Fairburn, Georgia. One hundred guests were in attendance for the event planned by EllyB Events (Eliana Baucicault) and Pomp Posh Event Decor, including Eva Marcille, Porsha Williams and Kandi Burruss.

Speaking about their special day, Brat, 47, tells PEOPLE exclusively the duo had “so many things going on, and so many decisions to make” before heading to the altar. But she is looking forward to being able to call Dupart, 40, her “wife.”

“Everything about her made me want her to be mine forever,” the rapper, born Shawntae Harris, says. “And I felt like I knew it not much longer than from the day we met.”

Both Brat and Dupart arrived at the ceremony in Cinderella-esque horse-drawn carriages. As they walked down the aisle together to the tune of “Here and Now” by Luther Vandross, the pair wore dresses designed by Esé Azénabor. Dupart wore Jimmy Choo shoes, while the rap icon opted to style her look with sneakers.

Groomsman Jermaine Dupri escorted Brat down the aisle while Dupart had her brother, Damon Dupart Sr., do the honors. Lisa Ray McCoy served as a bridesmaid.

The pair’s chosen wedding date was no coincidence — and it actually is of great significance to Brat and Dupart.

“We’ve been calling each other twin flames for a while. So this date, 2/22/22, is a significant event. We just didn’t want to miss it because it comes once in a lifetime,” Dupart continues. “It’s relevant. It’s just real significant to our relationship. It signifies angel numbers, and it also is reminiscent of twin flames.”

At the reception held at Horse Mansion, the area was covered with flowers of pink and purple hues. Keith Sweat and Le’Andria Johnson were tapped to perform.

At the end of the evening, Brat and Dupart were accompanied by the Treme Sidewalk Steppers Second Line Band when they danced out of the reception. The couple drove off in a blue Bentley (Judy behind the wheel!) as guests cheered.

The wedding will appear on an upcoming season of Brat Loves Judy, which has been renewed for a second season premiering this June on WE tv.