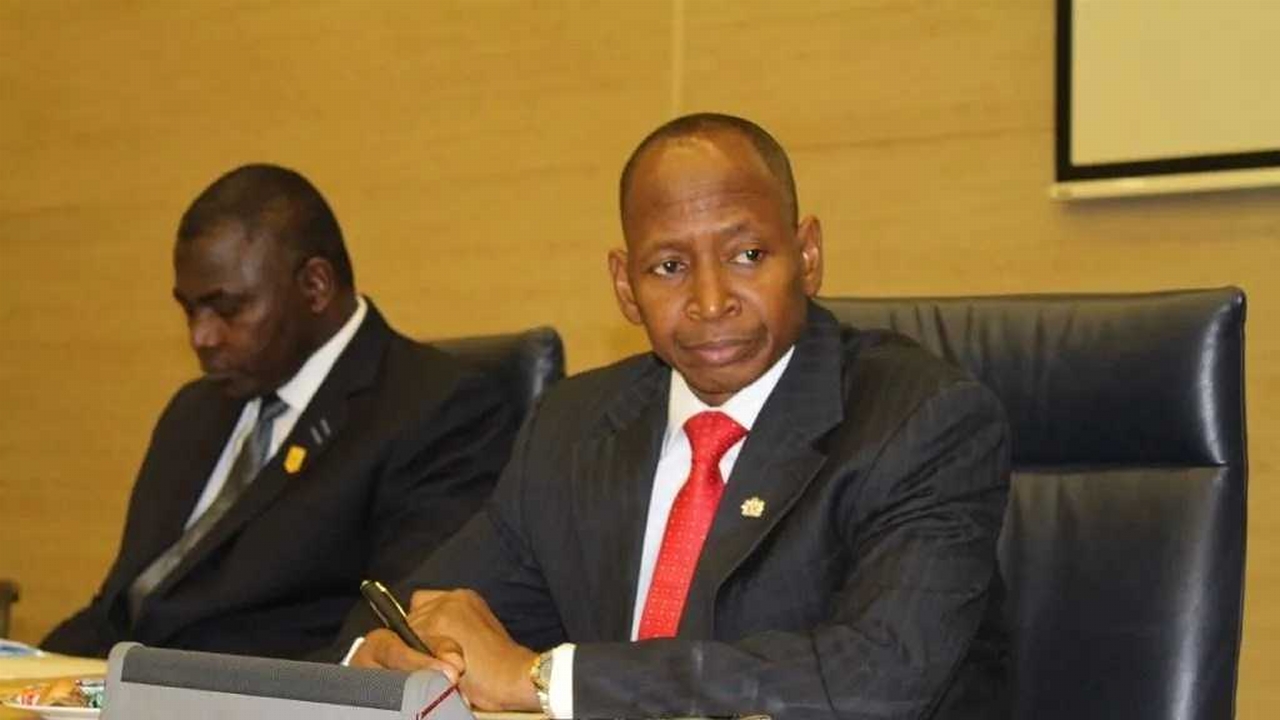 I am intentionally appropriating, and extending the semantic boundaries of, the term “blasphemy” for this piece because it seems to be the only term that inflames enough passions to get Nigerians to talk, listen, or act.

Alhaji Ahmed Idris, the suspended Accountant General of the Federation, has “blasphemed” the Academic Staff Union of Universities (ASUU), Nigeria, and even decency with his stratospheric pillaging of the nation’s resources. One of the consequences of his theft is the closure of our public universities.

He should be “beaten,” “stoned,” and “burned” with speedy prosecutorial vengeance to avenge his blasphemy.

If blasphemy is “the act of depriving something of its sacred character,” Idris has more than stripped our public universities of their “sacredness” by being partly responsible for the ongoing strike by ASUU, which has put the futures of our youth on hold.

Idris was arrested last Sunday by officers of the Economic and Financial Crimes Commission (EFCC) for stealing at least 80 billion naira. The Punch of May 19 also reported the EFCC as saying that Idris used proxies to obtain prime properties “located in Kano, Lagos, Abuja, Dubai and London” at the expense of Nigeria.

While it’s heartening that the EFCC has finally arrested and detained him for the staggeringly monumental fraud he’s been perpetrating for years, it was ASUU that first called attention to the questionable source of his wealth when no one cared.

Professor Lawan Abubakar, who coordinates the Bauchi Zone of ASUU, issued a statement on behalf of ASUU last year in which he called attention to Idris’ unexplained wealth and grasping acquisitiveness.

“We would want Gentlemen of the Press to assist us in the conduct of two Investigations,” he said. “The first is to uncover who bought the version of the Sokoto Hotel in Kano with a whopping sum of N500 million cash down and demolished it the next day for an on-going development of a multi-billion-naira shopping mall.

It turns out that Idris actually got the bulk of his ill-gotten wealth on the back of the despair and agony of university lecturers. He blatantly stole lecturers’ salaries through the fraudulent Integrated Payroll and Personnel Information System (IPPIS), which ironically bills itself as a safeguard against fraud.

Idris made N16,000 for every university lecturer who enrolled in IPPIS. The IPPIS also indiscriminately and inexplicably deducted thousands of naira from the salaries and allowances of lecturers every month.

Just days after his arrest, many lecturer friends told me, they started getting bank alerts notifying them of the payment of backlogs of unpaid allowances— and possibly payments resulting from the reversal of illegal deductions.

So, the IPPIS is basically designed as a conduit to siphon the legitimate earnings of university teachers and other public sector employees, and Idris milked it for what it was worth. How can one person be that monumentally avaricious and unfeeling? How can one person visit so much anguish on so many people for so long without consequences—until now?

Freedom from the torment of the IPPIS is one of the reasons ASUU is on strike—and why our children are mindlessly vegetating at home and wriggling in emotional pain. That’s secular blasphemy (if you would forgive the counterintuitive terminological paradox) worthy of the toughest “red lines”— if we care about the future of Nigeria.

Since late 2019, ASUU has come up with an alternative to the money-stealing IPPIS, which it called the University Transparency and Accountability Solution (UTAS). It has tweaked it several times in response to concerns from the government.

But the DG of the National Information Technology and Development Agency (NITDA) by the name of Kashifu Inuwa, who is a servile flunkey to Isa Ali Ibrahim Pantami (who is still smarting from ASUU’s endorsement of my exposure of his FUTO professorial fraud), claimed that UTAS had failed NITDA’s three “integrity tests.”

You have to be cognitively stunted to not realize that Pantami, who is sulking over national ASUU’s categorical denunciation of his professorial fraud at FUTO, is using his handpicked underling at NITDA to get at the union by disparaging UTAS.

Although NITDA itself grudgingly adjudged UTAS as more than 80 percent technically compliant, it nonetheless mysteriously characterized it as having failed its “integrity tests.”

As ASUU president Emmanuel Osodeke said in the aftermath of NITDA’s predetermined verdict, “The report by the NITDA showed that UTAS scored more than 80 per cent on technical assessment and more than 85 per cent on end-user assessment. Can we say that 80 percent and 85 percent are failures?”

Now that it has come to the open that IPPIS is one of the ducts through which the Accountant General of the Federation drains off the salaries and allowances of university lecturers and other public sector workers, it would be interesting to know IPPIS’s score in NITDA’s “integrity tests.”

You see, I used to be fiercely critical of ASUU and its interminable strikes, but villainous frauds like Ahmed Idris and brash, dishonest, and conscienceless charlatans like Pantami and his NITDA minion have compelled me to have a change of mind.

ASUU isn’t on strike because it loves strikes or because it delights in punishing students. As I pointed out in a previous column, most ASUU members are also affected by the strike because most of them are not rich enough to send their children to foreign countries or to private universities in Nigeria.

It isn’t just that their take-home pay can’t take them home (apologies to the Professor Attahiru Jega-led ASUU of the early 1990s), the accountant general of the federation and his cronies also use IPPIS to steal from their monthly earnings.

What do you want them to do to call attention to their agony? Go on demonstrations? Well, the demonstrations will be infiltrated, hijacked, made violent, which will provide grounds for the labelling of ASUU as a terrorist organization that would then be proscribed.

Second, even on the off chance that they are able to get enough oil to grease enough palms (which would be an ethical and moral violation), they still have to deal with the executive who can, and who do, ignore legislation that they don’t like.

How about lobbying traditional rulers, captains of industry, and opinion leaders? They’ve been doing that since I was an undergraduate in the 1990s. It doesn’t produce any effect.

There is no alternative to strike that ASUU has not contemplated or implemented.

Only the spectacle and agony of strikes get governments to give them whatever concessions they have received from military regimes to now. Sadly, students and parents also bear the brunt of this strategy. But governments are entirely responsible for it.

As Sahara Reporters publisher Omoyele Sowore said in a May 19 social media update, “Two Nigerian officials arrested for stealing N127billion: ₦80b + ₦ 47b = ₦127billion. To #ENDASUUStrike we need to deposit ₦200billion. If one more Nigerian crook is arrested, in this case @cenbank Gov. Godwin Emefiele @emefielegodwin, money to pay off ASUU is complete!”

It’s hilarious but true. If just a few people can easily steal what thousands of lecturers are asking for to legitimately survive and get our universities to run minimally, you can’t blame ASUU for always being on strike.

Finally, I wish someone would indoctrinate Nigerians to be as angry, touchy, intolerant, and pushed to draw “red lines” over injustice, misgovernance, elite cruelty, etc. as some people in the Muslim North are over “blasphemy.”

Leaders would always be on their game, on their guard, and on their best behavior. And Nigeria would be one of the best places to live on earth.