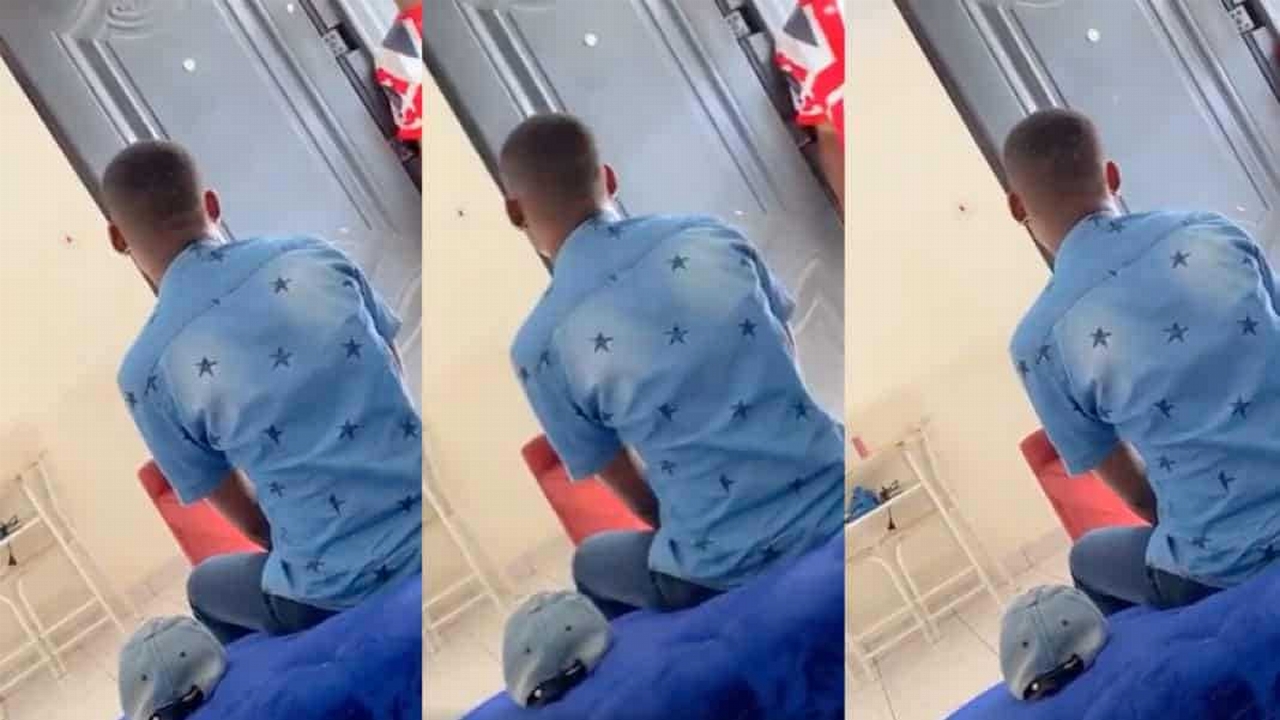 A man has been seen in a video online, being forced to wash clothes by prostitutes who discovered that he had no money to pay for sex.

The lady the man approached at the brothel discovered that he had no money to pay, after she insisted that he pays before he’s allowed to have his way.

The other ladies came in and insisted that he cleans the apartment as payment for seeing the nakedness of the lady he approached.

They insisted that the man who was rooted to the bed in shame won’t leave until he washes their clothes and clean the apartment, or give them money.