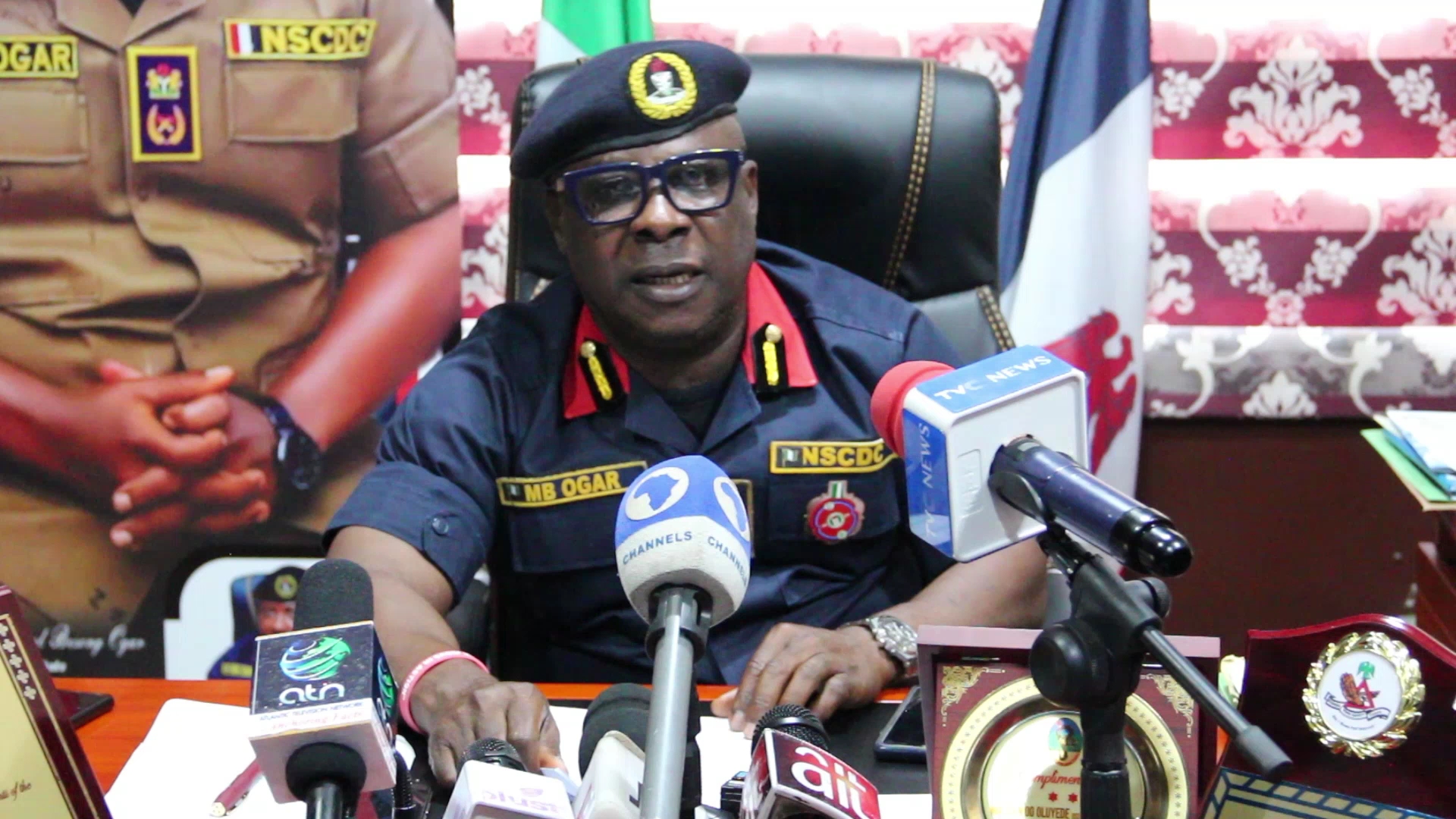 The NSCDC State Commandant, Ogar Micheal disclosed this to journalists in Port Harcourt, while recounting the achievements of the command in 2022.

The Commandant said between January till December, 2022, it arrested the number of suspects, convicted 38 in 21 convictions in the court.
Ogar further stated that the Command would continue to maintain stronger synergy with all security agencies in the state to forestall any criminal tendencies.

Ogar said the command will also deploy its officers for adequate protection of INEC offices in the state following attack of some offices in some other parts of the country ahead of the 2023 general elections.

The Commandant maintained that the Command has not relented in safeguarding of all critical national assets and infrastructure, disaster management and rescuing of victims during emergencies, training, supervision, monitoring and issuance of operating licence to private guard companies.