Your Visit To Nigeria, A Charade If You Don't Visit The Theatres Of Criminality Of Fulani Terrorists In South, Middle-Belt - Akintoye Tells UN Secretary-General, Antonio Guterres 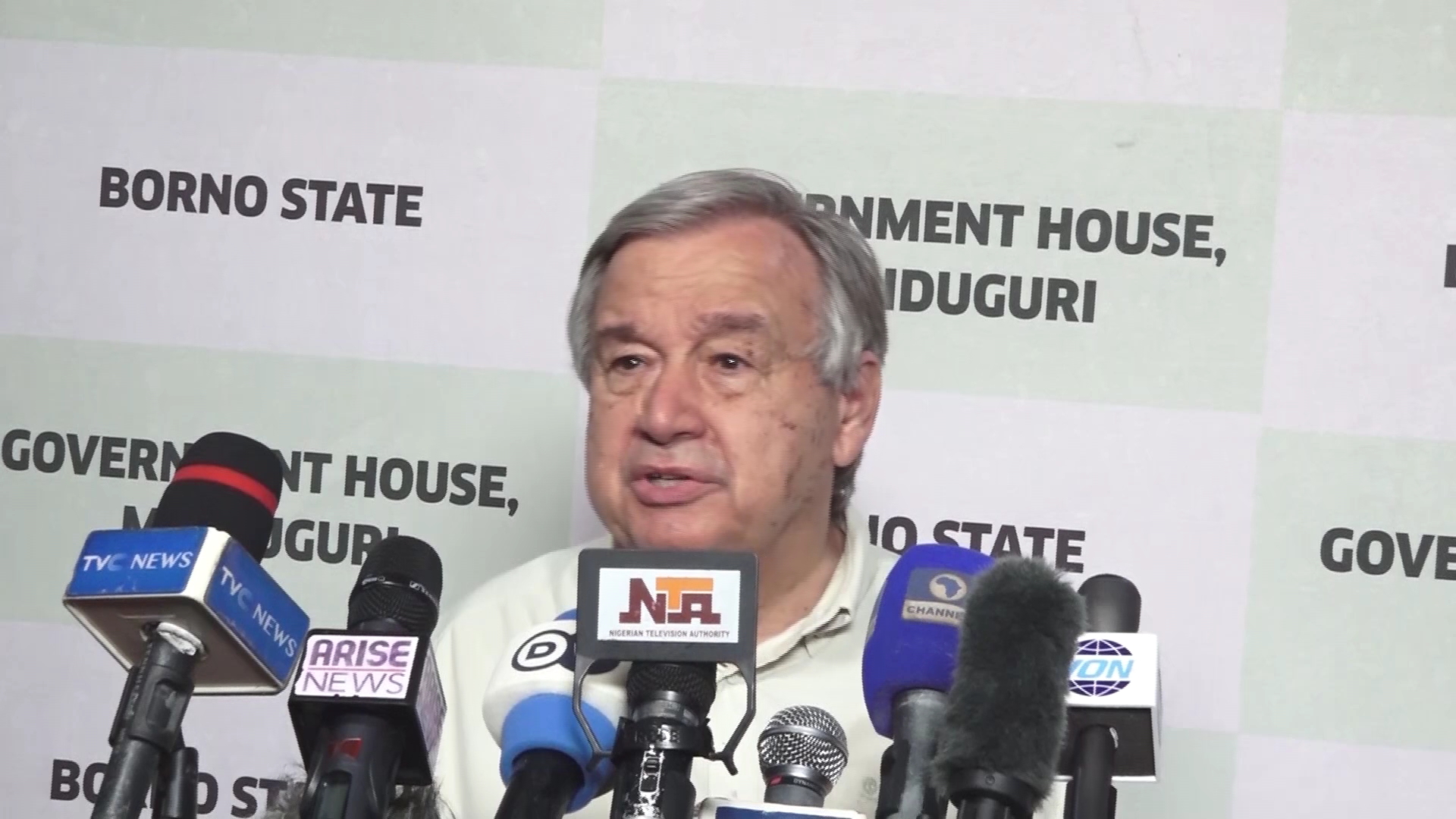 Foremost Yoruba self-determination nationalist and leader of Ilana Omo Oodua Worldwide, Professor Banji Akintoye, has advised the visiting United Nations (UN) Secretary-General, Antonio Gutteres, to make his fact-finding visit to Nigeria meaningful, impactful and worth the while by seeing facts on the ground and not fiction that the Muhammadu Buhari administration has packaged for him to see.

In a statement he personally signed and made available to Newsmen by his Communications Manager, Mr. Maxwell Adeleye, the Yoruba Leader said Guterres must resist attempts by the Buhari administration to pull the wool over his eyes, sell him dummies and lead him by the nose in the wrong direction.

“The Buhari administration has started misinforming the UN chief by preventing him from meeting the right people and from going to the right places. He is being shielded from the truth and from the reality on the ground.

“The pedigree, antecedents, spoken words and body language of Buhari as a person supports the evil being perpetrated by his kinsmen against the people of the South and Middle-Belt of Nigeria.

“The policies and politics of his administration give fillip to the same. Buhari is the reason why Nigeria is on fire. In a supposed democracy, Buhari’s government is government of the Fulani by the Fulani and for the Fulani.

“Interestingly, the Fulani are a miniscular ethnic group of a few million people in a country of over 200 million people of diverse ethnic nationalities. Interestingly, too, the Fulani are not authoctonous to Nigeria. Their history is as recent as the 19th century whereas the other nationalities have inhabited the political space called Nigeria from the beginning of time.

“The coming of Buhari and his nepotistic tendencies, his Fulanization agenda, and his contempt for the fundamental and inalienable rights of other Nigerian ethnic nationalities is why the country may explode in his face sooner than later.

“This is why we the Yoruba, after deaf ears have been turned to our cries for justice, equity and fairness in a country we call ours, have decided to opt out of Nigeria and form our own Oodua or Yoruba nation.

“As Your Excellency is very much aware, these are our God-given and inalienable rights under the Constitution of the UN over which you superintend and the Charter of Indigenous Nationalities and People’s rights.

“Pursuant to these, we the Yoruba people have registered with the UNPO and are vigorously pursuing our goal of extricating ourselves from the contraption called Nigeria through legal and peaceful means.

“We need not tell Your Excellency that the UN has an obligation to assist us in this regard. We cannot continue to be treated as slaves, as conquered people and as second-class citizens in our own country.

“Your Excellency, permit me to say that the UN should act while there is still time for a peaceful resolution of the Nigerian quagmire. We have so far restrained our people from taking the law into their own hands. But time is running out! And the arrogance, imprudence and impunity of the Fulani edged on by their patron, Muhammadu Buhari, has not helped matters”.

Akintoye regretted that whereas the coming of the UN scribe to Nigeria was for him to get first-hand information of the time-bomb that the Nigerian situation truly is, the Buhari administration has, through subtilty and guile, frustrated the effort of the global organisation.

“Your Excellency cannot get the true picture of how close to the precipice Nigeria is unless you visit the theatres of the criminality of this government. Visit the Middle Belt, behold the atrocities of Fulanii herdsmen and marvel.

“Visit the Southwest; if you will not talk to anyone at all talk to Chief Olu Falae, a one-time Secretary of the Federal Government, one-time Minister of Finance and presidential candidate and listen to his harrowing multiple experience in the hands of rampaging Fulani herdsmen.

“Speak with octogenarian Pa Reuben Fasoranti, erstwhile leader of Afenifere, whose daughter was murdered in her prime by Fulani herdsmen.

“Visit Ifon, also in Ondo State, whose traditional ruler was murdered by Fulani herdsmen. Visit Southern Kaduna where ethnic cleansing is a daily activity of the murderous Fulani nihilists. Same thing is happening in Taraba, Plateau, Niger, Ogun and Oyo states where Fulani herdsmen maim, rape, kill farmers and destroy farmlands in their land grabbing drive across the southern region of the country.

“Your Excellency, the list is endless! And the atrocities have not abated. The Buhari administration refuses to allow the victims arm and defend themselves whereas the murderers are allowed to roam about with AK-47 looting, raping, maiming, and killing.

“Your Excellency must speak with the right people who will paint the correct picture of our parlous situation: a parlous and debt-riden economy; restive and restless youths; collapsed educational system, hyperinflation, runaway unemployment, insecurity, corruption never before witnessed in this country, and a country divided than even during its Civil war period.”

Akintoye then advised the UN chief that if he wants to get a true picture of the country’s situation, he should have an audience with the likes of himself (Akintoye), the Afenifere leader, Pa Ayo Adebanjo; Bishop Matthew Kukah, Gov. Samuel Ortom of Benue State and the leadership of Self-Determination Movements in the South East.

“You must be aware of how the secret security service (DSS) of the Buhari administration invaded the home of Yoruba self-determination activist, Sunday Adeyemo Ighoho, killing and maiming innocent and law-abiding citizens and destroying property worth millions of dollars.

“The Nigerian court system has described the invasion as lawless and vigrant violation of Igboho’s rights. Costs running into billions of Naira were awarded against the Nigerian government.

“But the Buhari government is lawless and cherry picks which court decisions to obey and which to disregard. In saner climes which I am sure you are familiar with, the law is no respecter of persons and court judgments are binding on all. Not so the Buhari administration!

“Hence, the generally acclaimed estimation of Nigeria today as a failed state. But before the situation gets out of hand, please act quickly!

“Before war breaks out in Nigeria with the humanitarian crisis this portends for the entire West African subregion and even beyond, please act decisively. A stitch in time, as they say, saves nine”, Akintoye concluded.