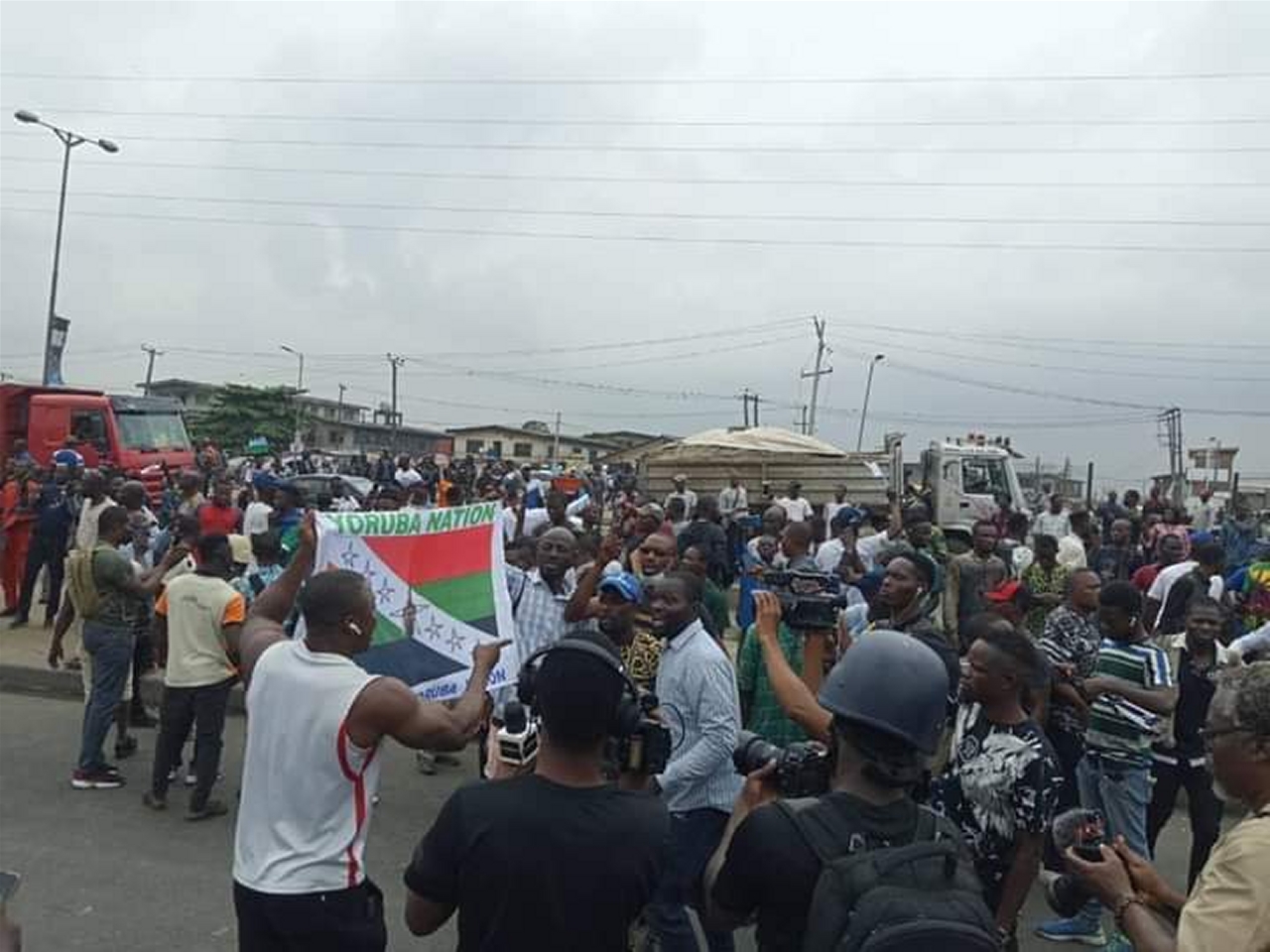 A large crowd gathered at the venue chanting different songs.

Arrmed security operatives on Saturday morning took over the venue ahead of the rally slated for 10am.

However, the Lagos State Commissioner of Police, CP Hakeem Odumosu while addressing newsmen at the protest ground said Nigerians have the right to peaceful protests.

According to him, the security operatives were deployed to the area to ensure that the protest was not hijacked by hoodlums.