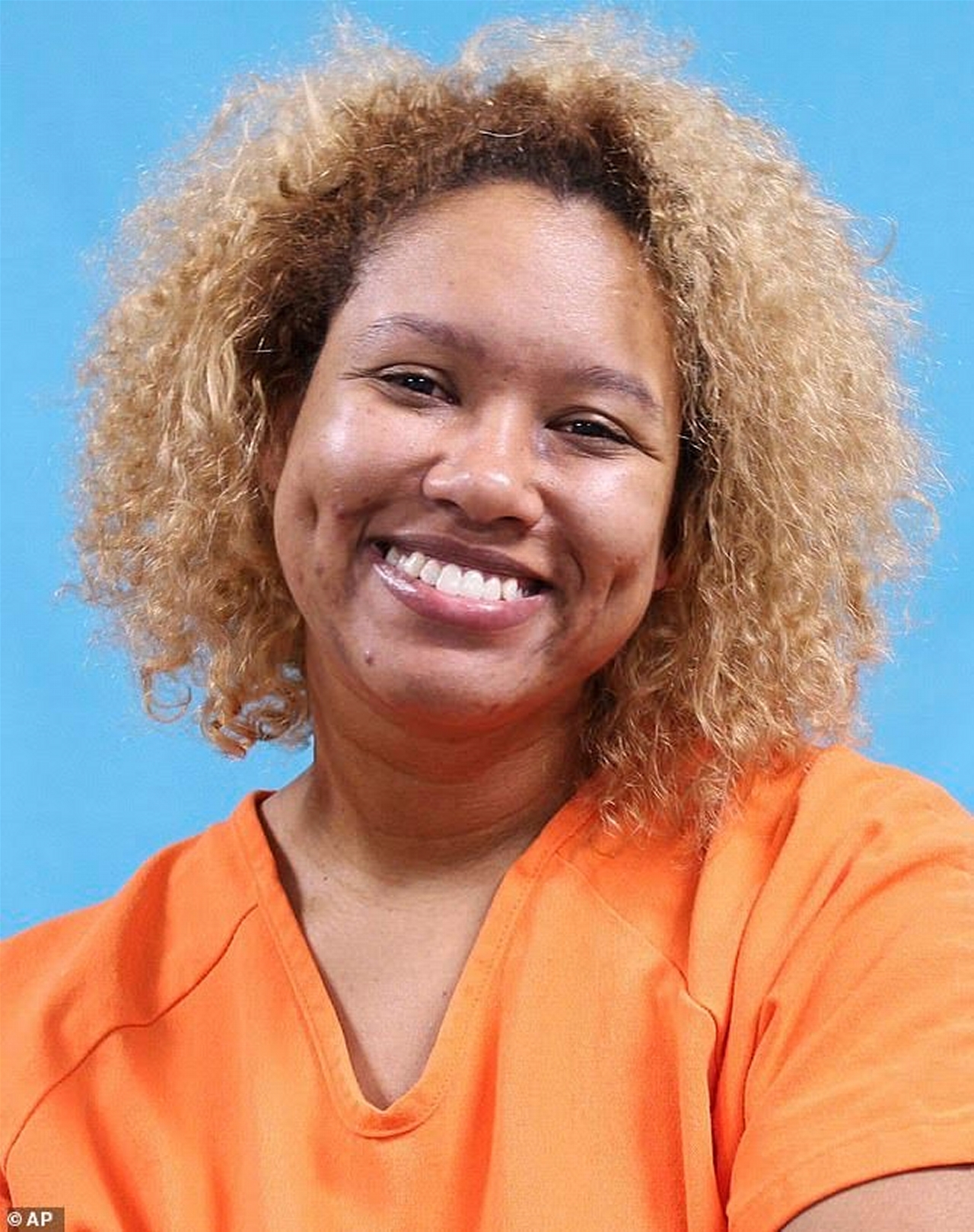 A Missouri woman was pictured with the bright smile on her face after being charged with killing her fiance with a sword on Christmas Eve after the couple was high on meth.

American woman, Brittany Wilson, 32, was found outside the Cape Girardeau home she shared with 34-year-old Harrison Stephen Foster with blood on her clothing and a sword lying in the front yard.

Wilson had called police shortly after 11p.m. on Friday to report that she had killed Foster with a sword, cops said.

She told investigators that she believed he had several other entities living in his body, and she was setting him free by stabbing him, police said

After officers arrested Wilson, they went inside the home and found her Harris dead with several fresh stab wounds.

Wilson and Foster were planning to get married after they sharing on Facebook their engagement on April 17.

Brittany Wilson, 32, is accused of killing her boyfriend, Harrison Foster, 34, with a sword on Christmas Eve after taking methamphetamine earlier in the day.

Wilson and Foster’s home at 378 Barberry Street in Cape Girardeau, Missouri, where officers responded to her 911 call on Christmas Eve at 11p.m.

Wilson was being held Sunday in lieu of $2 million bond. She has been charged with first-degree murder and armed criminal action.