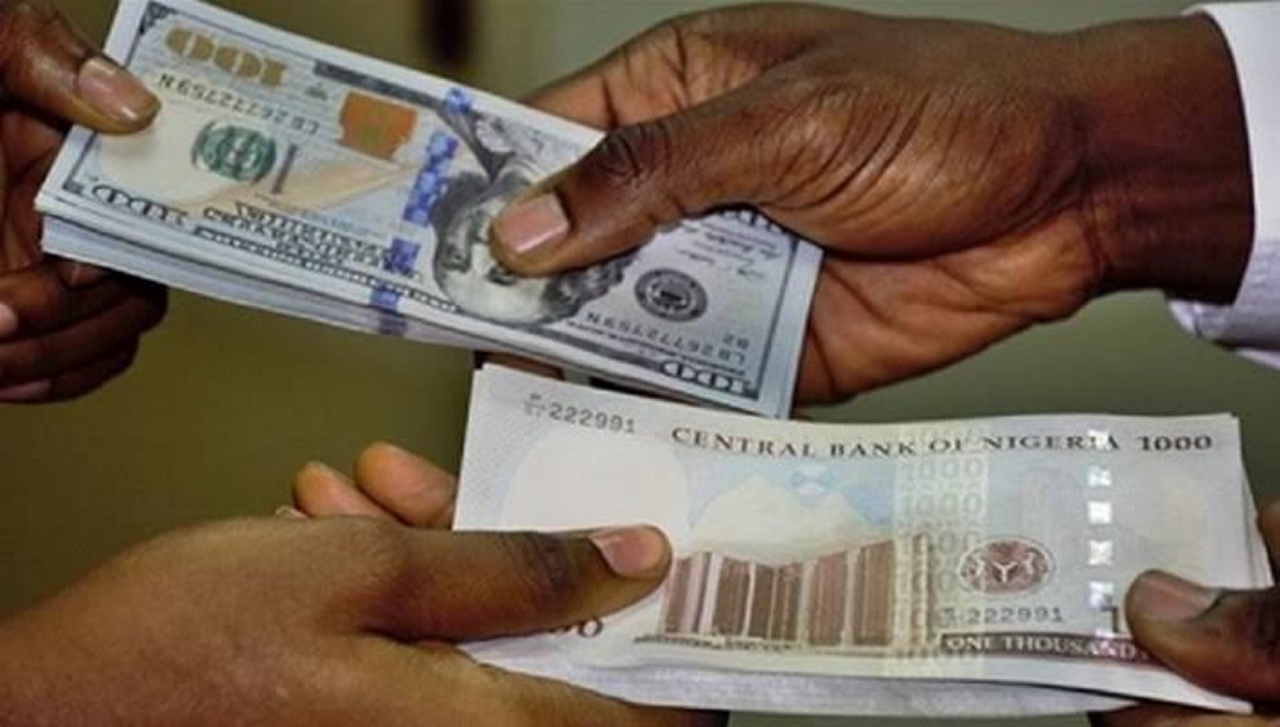 Nigeria’s currency, the Naira has continued its downward slide in recent times to the dismay of industry watchers and concerned citizens alike.

At the close of work on Monday, the 27th of September, 2021, the Naira was exchanging at N570 to the US Dollar at the parallel market, the highest it has ever reached. This is despite all the publicized moves by the Central Bank of Nigeria (CBN) to stem the ugly tide in recent times. One of which was the outright ban of the sale of foreign exchange to bureau de change (BDC) operators, popularly known as “black market”.

The Naira exchanged for N334 against the Dollar on average in 2017, N361 in 2018, N360 in 2019 and N380 in 2020, according to CBN sources. It sadly continued its free fall since the beginning of this fiscal year and it doesn’t look like there is hope in sight despite the assurances from the apex regulator.

Although the Central bank has blamed Naira’s continued weakness on a number of factors, most experts are of the opinion that the Federal Government itself is the major culprit in the steady drop in the value of the National currency. According to the Deputy Director of Corporate Affairs, Mr Edward Adamu, the current trend is a direct result of the impact of the Covid-19 pandemic, a shortage of foreign exchange supply and some other factors. Mr Adamu disclosed this at the House of Representatives Committee on Finance interactive session in Abuja, the Federal capital city on Monday.

The question on the lips of Nigerians now is how does this trend affect the lives of the average Nigerian on the street? What impact does a weak Naira have on an already stressed-out economy and how can the situation be remedied? Weak exchange rates portend grave dangers to economies globally. When there is a surge in the exchange rate against a local currency, the prices of imported goods, including local products that require foreign raw materials or contents will rise proportionally. This has a negative push on investment performance. It in turn leads to job losses, reduced incomes for workers and households as well as increases in the cost of real estate like rents and other properties, and ultimately leads to inflation.

With a population of two hundred million-plus citizens, 33% unemployment and a 17.8% inflation rate, a devalued currency will obviously reduce the value of the remuneration of the working population. It will shove more people into unemployment and under-employment. This will lead to throwing more people below the poverty line and automatically leads to more crimes and other anti-social behaviours. When there is an increase in criminal activities, the Government tends to be tempted to increase budgetary allocation to fight insecurity, thereby starving other critical sectors, like health and education of already insufficient funds. A country with a growing population like Nigeria requires a financial sector that grows geometrically. The exact opposite is what we have now as evident in the performance of the national currency and that in itself is a recipe for disaster.

To reverse this dangerous trend, all stakeholders must stop the lip service and as a matter of urgency begin to take urgent steps towards revamping the economy by strengthening the Naira. First, there is too much emphasis on importation. Imports are leakages to economies. The biggest economies in the world are all export-based. It is quite deceptive and contradictory for a Government that promised to create jobs for her teeming population to become an encourager of the importation of products as common as household consumables.

Experts have also opined that the problems of the Nigerian Naira are more political than economic. If not, why is it easier for pilgrims to access foreign exchange compared to importers? Why does the CBN subsidize foreign exchange for some people? What are the criteria for these subsidies? Whose interests does the Central Bank of Nigeria represent in the sale of foreign exchange, exactly? The Federal Government continuously blames its woes on the shortfalls in oil revenues as if she was ever assured that revenues will never fluctuate. The Federal Government cannot afford to be squanderers and financially irresponsible in times of bumper harvests and turn around to blame everyone but itself when the chips are down. Put simply, the Federal Government cannot be trusted to solve a problem it helped to create in the first place. Conflicting regulation and racketeering is killing the Naira and it’s high time the National currency is left to compete in the open market while natural economic factors determine its value, growth and strength.

The Government also needs to be more sincere in the intentional and increased investments in some critical aspects of the Nation’s economy. The Naira cannot be expected to perform wonders when it is left to compete with other stronger currencies in avoidable areas like medical terrorism and payment of school fees in foreign countries. All these monies freighted to foreign economies are the same required to strengthen the currency and grow the economy. Over-dependence on imported products and services are also major stress of the national currency and the Federal Government is the guiltiest party in this regard.

As a country, we need to start consuming more of what we produce. That is the surest and cheapest way to revamp our economy and strengthen our currency. For instance, the Federal government needs to stop the importation of cars from Europe and America and replace them with either the ones wholly produced or assembled in Nigeria.

There are quite a number of reasons why the Naira is underperforming, but the most important one is the import-dependent nature of the Nigerian economy. If we get that right and reverse the trend, all other things will fall in the right places. It should not be tedious to convince the ordinary man on the street to tow this line if the government of the day will.

The relationship between a weakened currency, poverty and crime are so glaring that it surprises industry watchers, like eons intelligence why the Federal Government of Nigeria seems not to understand that the weaker the currency, the more difficult it is for importation to take place.

It only makes us a dumping ground for other countries. The Bretton woods organisations, the West and lately, the Asians understand this fact and they use it as a potent economic weapon against developing countries. A shipload of goods from abroad is equivalent to a shipload of unemployment and a shipload of foreign exchange leakage in an economy.